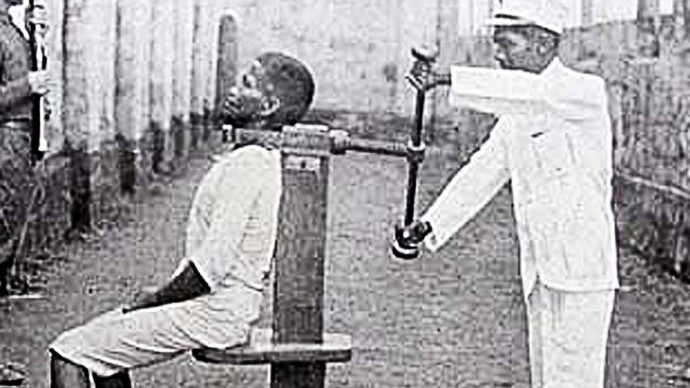 (We applied the squeeze to DGR and he coughed up not one, not two, but three reviews all at once…)

I’ve actually been taking a quick breather from the giant review slate that I’ve built up for myself at this lovely site. After the humongous swath of death metal (with a handful of releases to go, as well) and some upcoming more doom-flavored tracks, I figured I’d pull away from the names I’d recognized and try to find some stuff that we’ve never really crossed paths with before. One of the ways I’ll do that is to go fishing through our various social media contacts, because although there is a gigantic pile of music to work through, I’ve had pretty good luck in finding stuff.

Even though an absolute torrent of new releases is coming our way here over the next few months, I occasionally like to go back and sift through earlier releases to see if there is anything interesting that we missed. Often, it has usually boiled down to me surfing through our various messages to see if there have been any bands who have contacted us recently, and among the few of us at the site we start slowly filtering our way through them. So yes, this process does seem to take forever but it is also because I like to deep-dive into most things, rather than take a cursory glance at it and give it the up vote/down vote scenario.

That’s the case with this collection of music, as I found myself getting yanked and driven all over the globe. In this particular roundup, I have two bands that we’ve never covered before and one that should be intensely familiar to very seasoned NCS readers, but three very different styles of music on top of that. Let us charge forth, shall we? 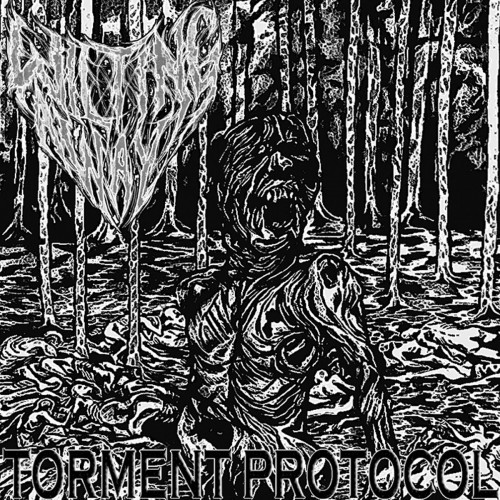 Wilting Away are a powerviolence/grind band hailing from Austin, Texas. Torment Protocol — the group’s recent release — hit in March of 2016 and has actually been on this site’s radar since about that time, but the previously mentioned gripes about day jobs and various other excuses have provided plenty of oppurtunities to listen to this album (multiple times, too, as it has a fairly short run-length) and not so many chances to actually write anything about it, which has proven to be a bummer because Torment Protocol is a pretty solid brick of chaos.

Like many of its fellow brethen’s grind releases in recent years, Torment Protocol finds itself a hybrid of different styles — including the wave of hardcore punk and power-type sounds that have swept through the scene in recent years. Torment Protocol is the latest release to join that human cattle call, coming in at ten songs and close to fifteen minutes in length, with its two most epic-length songs landing at a whopping minute and twenty-two seconds (if you include the samples that the band are fond of using throughout this release).

Wilting Away use the Torment Protocol EP as their platform to yell about a variety of different subjects, pulling from the well-supplied outpost of how much of a fucking mess humanity is, and if that messaging isn’t obvious after the first few sound detonations that the band call songs, by the time you hit the run of samples from cult suicides, you’ll pretty much have that idea.

Torment Protocol, like many of the EPs of its ilk, is almost surgical in choosing its targets, but incredibly scorched-earth when it comes to its methods of destruction. Were someone to pull me aside and say that Torment Protocol sounds like the expulsion of personal demons, based on the fact that it is fifteen minutes of hammering and screaming, I’d be absolutely prone to believe it. Wilting Away may not be blazing a new path with the fifteen minutes of time that they ask of their listeners, but after they are done, whatever path is left has been charred to a crisp. 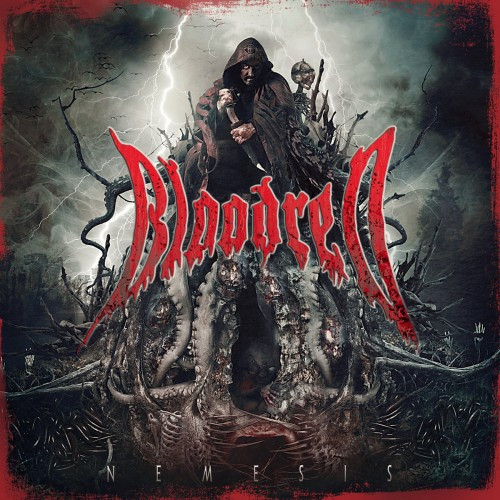 Veering hard left, we land in the driveway of Germany’s Bloodred and the project’s early 2016 release Nemesis. Like Wilting Away, Bloodred actually reached out to us, and even though it takes us forever and a day to see those messages — we do try to make time to get around to most of them, and occasionally the stars align and we enjoy it.

Bloodred is a one-man project, spearheaded by musician Ron Merz, and so far has had only one release prior to Nemesis, an EP known as The Lost Ones that hit in 2014. Nemesis was actually recorded with help from two of the gentlemen from Atrocity (yes, the Atrocity that is prone to switching styles every few discs), with Alex Krull handling production and Joris Nijenhuis handling the drum work for the album.

Bloodred is described as having its heart set in the death metal and black metal realms, but Nemesis sees Bloodred expanding its focus a bit — into a more melodic mindset than what the project’s initial description would imply. Mixed with some epic-sounding symphonic work and and a quick-moving tempo, Bloodred bounces from being a bludgeoning affair to one with a heavy and unspoken sort of melo-death/folk element to it. It’s filled with catchy melodies and a surprising amount of hefty-blast work on the drum front to propel a one-man project into sounding much larger than it would initially seem.

Most of the songs on Nemesis lie in the five-minute realm, barring its two-minute lead-off, but two of the songs on Nemesis stretch well into the doom territory of seven- and eight-minute tracks, slower-moving songs that seem like fuller tales with quite a few shifts within their runtime. For such an unassuming and out-of-nowhere appearance for this project, Bloodred has proven to be a massive surprise — filled with galloping riffs and hefty melodic sections that could easily hold appeal for people who love groups like Amon Amarth. 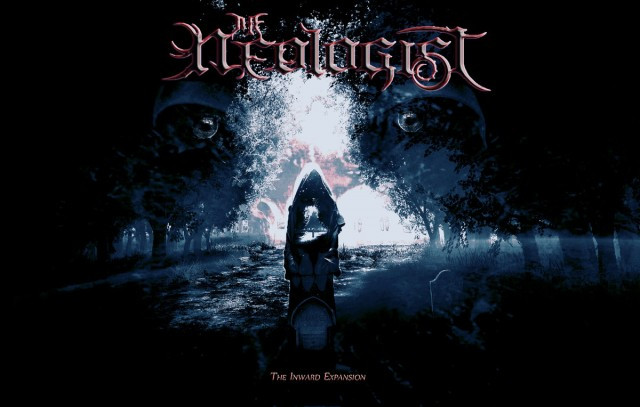 The Neologist – The Inward Expansion

The Neologist, on the other hand (which, I think by this point means we’re up to hand three?) is going to be somewhat more familiar to very long-time readers of NoCleanSinging, as we have covered these guys before when this more modern-melodeath project releases its albums, given their tendency to put them out for free. Recently, the band uploaded their fourth full-length disc to the interwebz with the title of The Inward Expansion, and it demonstrates that as the band continues, their focus is growing and maturing, leading to the most solid batch of material they have given us to date.

We actually whiffed last year when we missed covering their release of Coming Full Circle, so for some people The Inward Expansion is going to seem like a huge leap forward. But the band have been making pretty incremental shifts between each disc, slowly hammering out a sound that has evolved into a synth-heavy mid-2000s melodeath-influenced sound. The guys having covered albums by groups such as In Flames, Soilwork, Degradead, and Scar Symmetry shouldn’t come as a shock once you hear The Neologist gentlemen going on their own music, a style full of guitar- and keyboard-heavy lead lines and power choruses designed to bore into your brain.

Of the three projects featured here, Neologist are probably the prettiest sounding, but that is relative to one project designed to be a form of auditory violence and the other one being a one-man epic/folk/death metal festival. Yet The Neologist crew have found a good cross-section of heavy and good-guy/bad-guy vocal exchanges that work for them. The Neologist haven’t made a drastic change to their sound on The Inward Expansion, so it could be viewed as them refining what they do along the the course they’ve charted for their career so far. Each release has been better than the one before, and it helps that they started from a solid foundation years back.

Also, since I can’t remember that we paid any lip service to the Coming Full Circle release, I figured I’d tack a stream on for that one as well, just to catch folks up.

One Response to “WILTING AWAY, BLOODRED, THE NEOLOGIST”