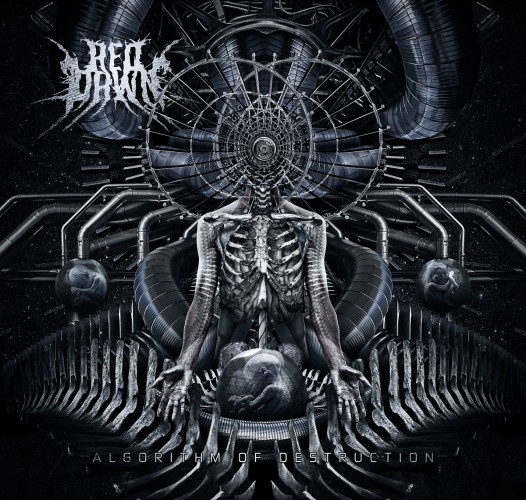 Algorithm of Destruction is the title of the debut album by Red Dawn from Rennes in the French region of Brittany. It’s a nine-track onslaught of death metal in the bloodline of such bands as The Faceless, Necrophagist, Decapitated, Aborted, and Gorod, and today we happily bring you the premiere of the album’s second track, appropriately titled “Hate“.

If you’re in the mood to be jackhammered, eviscerated, and then shot through a threshing machine at the speed of a particle accelerator, then “Hate” is just what you need. But it offers more than the adrenaline rush of that kind of experience. 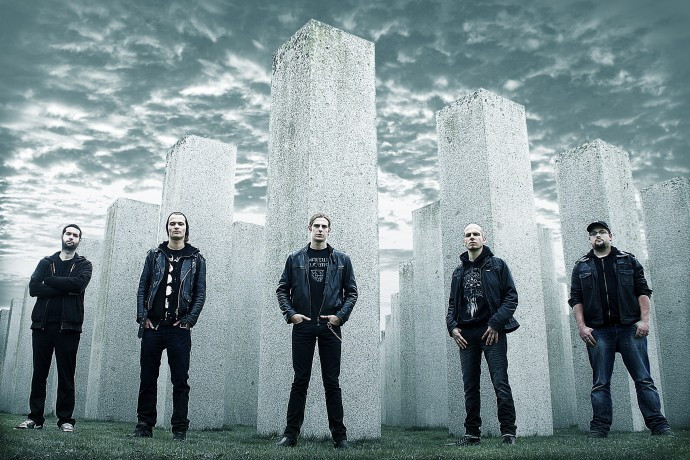 The remorselessly destructive, piston-driven rhythms of the song can be spine-jarring, and the roaring vocals are suitably deep and bestial for the brutal death elements of “Hate”. But Red Dawn also deliver fluid, enthralling solos as well as frenzied spidery fret-work, and their technically impressive performances are integrated within a musical framework that generates an aura of eerie melodicism along with all the full-throttle skull-hammering.

Algorithm of Destruction features cover art by Above Chaos (Tsjuder, Inquisition, Loudblast, Nightfall), and it will be released on the 27th of May with distribution via Finsterian Dead End, Code 7, and Season of Mist. Pre-orders are available here. This is the track list: