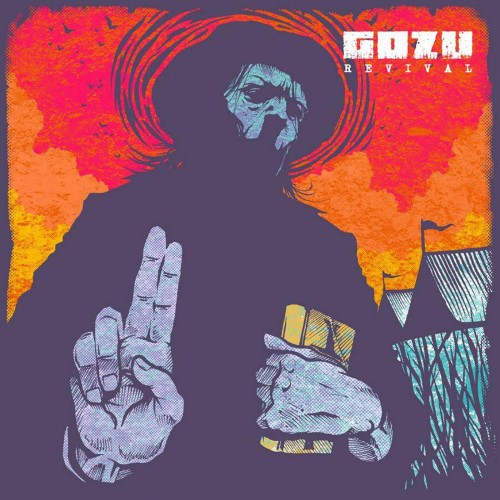 Get ready to move. Loosen up your neck muscles and discard any items of tight, confining clothing. Hell, just take everything off. If you feel even a slight urge to go to the bathroom, go ahead and get that out of the way now (I’ll explain why in a minute). All set? Then let’s go…

Here’s a new song named “Big Casino” from Revival, which is the forthcoming third album by Gozu, a group of Boston bruisers whom I’ve only just discovered and whose music has already proven to be powerfully addictive and absolutely, physically, compulsive. The album will arrive on June 10 via Gozu’s new label, Ripple Music. 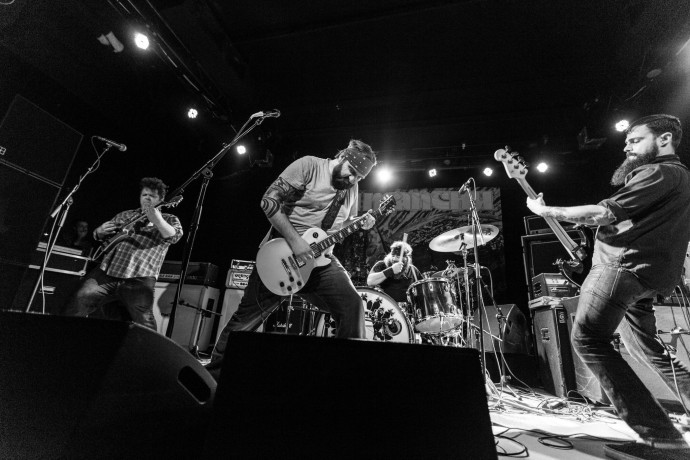 This new album follows a string of other Gozu releases I now need to track down, including two previous full-lengths — 2010’s Locust Season and 2013’s The Fury of A Patient Man. For this new album, the line-up now includes (in addition to vocalist/guitarist Marc Gaffney and guitarist Doug Sherman) bassist Joe Grotto (Motherboar) and former Warhorse drummer Mike Hubbard.

“Big Casino” begins with an eerie wailing noise and then some fat, slithering, slug-like riffs. Before long, you feel the kind of deep bass rumble that makes you think you’re going to void yourself any second now, drum strikes that vibrate your teeth, and high, brain-spearing vocals with enough laceration on the edges to clue you in that hard times will always lie ahead.

When the song really kicks into gear, it becomes a steamrolling bulldozer, its titanic riffs laced with wisps of hallucinogenic guitar excretions. As it locks into a mountainous groove, the vocals turn ghostly (and kind of demented). Science has proved that remaining motionless while this thing rumbles and rolls ahead is an impossibility for everyone but undertakers.

If I hadn’t already been well and truly hooked by the music, I would have yearned to hear it simply based on this comment about the song from Marc Gaffney:

“I wrote ‘Big Casino’ while watching Sam Peckinpah’s Pat Garrett & Billy The Kid as it was the nickname of James Coburn’s character. The riff came to me while watching it and I just so happened to have my guitar in my hands. The song is a story of how the mind can create either chaos or joy since Coburn’s character is viewed as an undesirable. His mind is in constant attack mode and it weighs on him to the point of breaking. In terms of it fitting in with the rest of the album, I feel it’s really what the band was going after, a riff that you could get funky to and if it came on in the car, you’d be doing a hundred in a thirty zone. It fits lyrically with the substance of the album, a psychological journey of mind, body and soul.”

I haven’t played this in my car yet, but just to be safe I’m going to wait ’til I’m on the open road so the speeding ticket won’t be quite as calamitous as what I’d get in a school zone. Don’t forget what I said about going to the bathroom first. Clothing optional.

Revival was recorded with Dean Baltulonis at Wild Arctic Studios in New Hampshire and mastered by Mos Generator’s Tony Reed, at HeavyHead in Washington State. You can pre-order the album from Ripple Music (vinyl and CD) HERE. Below our premiere of “Big Casino”, you can also check out Gozu’s previously released video for another song off Revival, “Nature Boy”.