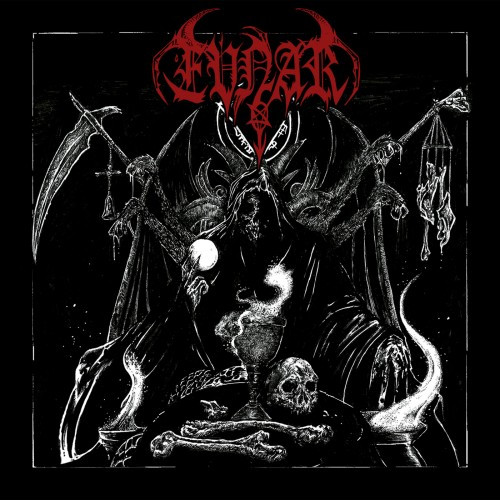 EvnaR was born through the collaboration between two brothers who were members of a Spanish black metal band named Between the Frost, a band whose roots were planted in the early ’90s — guitarist J.M. and vocalist R.M. They began work on EvnaR’s debut album roughly six years ago, eventually enlisting the aid of Slovenian drummer Robert Kovačič, who has performed with such bands as Scaffold, Belphegor, and Nothnegal. Their debut album E.V.N.A.R has now been prepared for joint release by Winter Demons and The Vinyl Division, and today we bring you the album’s opening track, “Blasphemia Manifesta“.

The sounds of a mounting storm begin this track, and then the music unleashes that storm in a torrent of flashing riffs and thundering drums. The music is blazing fast and intense, spurred on by a head-spinning lead-guitar performance and by feral, ferocious vocals. It’s the sound of barely contained chaos, a melding of black and death metal that gets the blood pumping immediately. 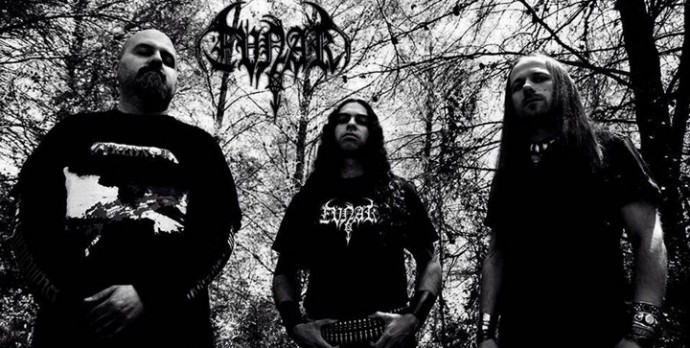 While the band conceived their name through the inspiration of a Bathory song, the music on this new album also brings to mind such luminaries as Behemoth, God Dethroned, Belphegor, and Vader. It’s an eye-opening debut indeed.

E.V.N.A.R is being released today in two different CD versions by Winter Demons (a sub-label of Darkwoods) — a limited edition presented in a silk-screened black cardboard box that includes an 8-page booklet, two postcards, and an A3-sized poster, and a jewelcase edition. The album will also be released in a version mastered for vinyl  by The Vinyl Division; the first 50 copies will come with an A3-sized poster. More info can be found through the links below.