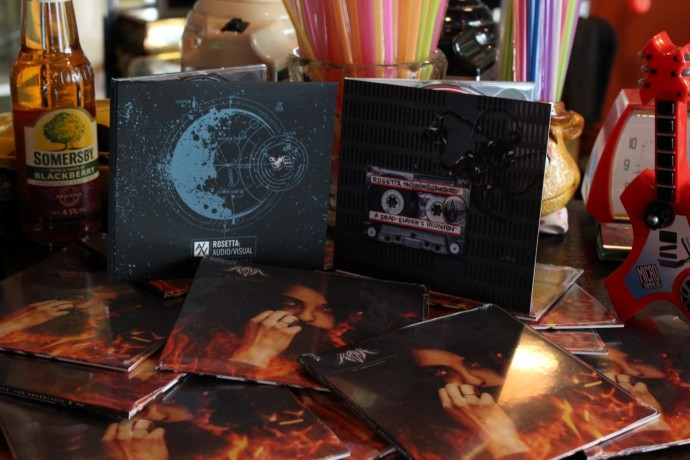 (Our guests Dimitris Mentes from Greece and John Sleepwalker present this interview with Matt Weed of US atmospheric space metallers Rosetta.)

Current times have been insurmountably busy for Rosetta, a band known to push their boundaries into new unexplored territories with no tight restrictions blocking their view. Starting with their freshly pressed digipack versions of Audio/Visual Original Score and A Dead-Ender’s Reunion, their plans seems to include a number of CD, vinyl, and cassette releases along the way; a special treat for the fans, as this is the first time any Rosetta releases will be materialized on tape.

Therefore, shortly before embarking on a full-scale European tour with fellow sludge/post-metallers North, Matt Weed was kind enough to inform the two restless interviewers about his cooperation with Arcane Angels and Translation Loss Records. Among the answers you’ll read about his views on their digital releases, his recent studio work, and current gig preparations with their renewed line-up, as well as a deep sense of gratitude expressed towards the loyal commitment of their fans. 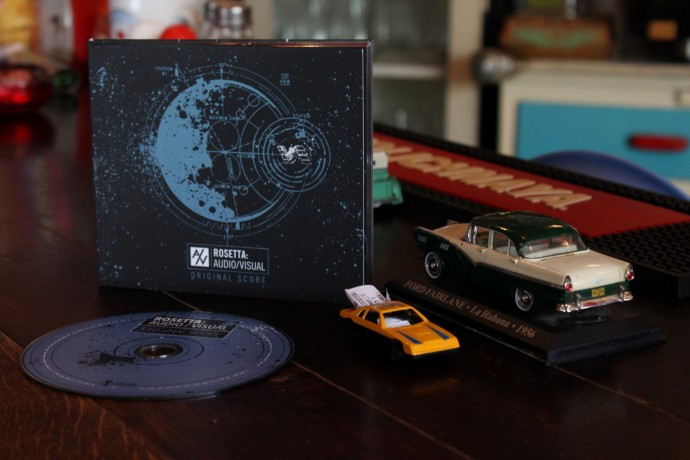 2016 marks a year of new physical releases, starting with digipack CD versions of Audio/Visual Original Score (2015) and the compilation A Dead-Ender’s Reunion (2016), which so far were only available in digital form. Please, let us know more about these projects.

Since we went to a digital self-release model, there’s consistently been a small but vocal group of fans who really want physical media. I totally understand that – it’s definitely more fun to have something you can hold and interact with when you’re listening to a record. It feels more real. So I think there’s a great opportunity for small boutique labels to release music like ours in physical formats.

Since we’ve already funded the production and promo for the digital release, doing an ‘add-on’ physical edition is a lot more accessible for a small label to manage. So when Arcane Angels approached us about doing those two records, we were immediately excited about it. I personally never thought that either would see a physical release, but it looks like I was wrong!

How did you feel when you were putting together the tracklist for A Dead-Ender’s Reunion and were confronted by the accumulation of your material? You are using the “pay what you want” model for your latest releases. On one hand, the digital era makes it much easier for you to promote and share your material with your audience and it can eliminate superannuated middlemen that only constrain the creative process. However, it also creates this mutual responsibility with your fanbase. Do you feel the risk has paid of? Is this the direction the industry is headed towards?

The risk has certainly paid off for us. I don’t know whether our approach can be generalized to the entire industry or not – I hope that it can, but I’m really not sure. The question is whether music fans in general are committed enough and generous enough to support the entire industry on a pay-what-you-wish model. Maybe so, maybe not. I know for a fact that our fans are deeply committed, which has been proven by the way they continue to support our work. I feel that we have a strong partnership and every time we record I’m motivated to do my best for them. But I have no idea if that’s a unique thing or if most bands’ fans feel that way. 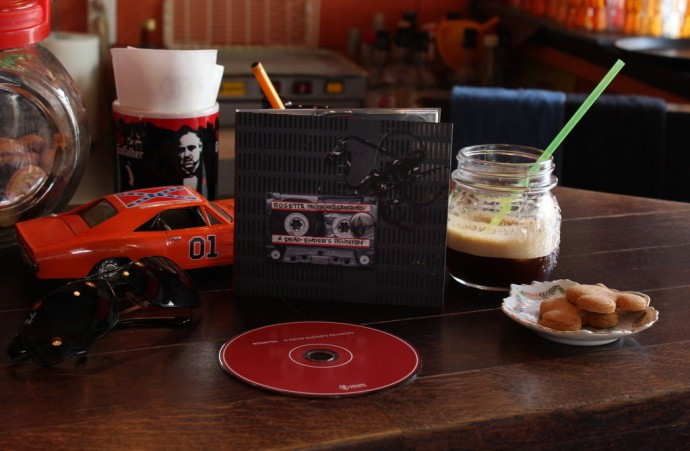 Some of your following releases are the tape versions of The Anaesthete (2013), Quintessential Ephemera (2015), Audio/Visual Original Score (2015), and the compilation A Dead-Ender’s Reunion (2016). Do you have plans for further physical pressings? I think Translation Loss has been preparing some Rosetta reissues as well.

Translation Loss will be reissuing both The Galilean Satellites and Wake/Lift on vinyl in 2016. That’s a big undertaking for them, since both of them are big packages that are very expensive to produce, and it’s for a band that isn’t even on their label anymore. So they deserve a lot of credit for making that happen. I’m excited about the cassette releases later this year, because that will be our first foray into tape as a release medium. Other than those, there aren’t any current plans for more physical media in 2016, since we’re already at work on our next full-length record.

On Quintessential Ephemera you explore more intricate musical layering (often using counterpoint melodies), a fact augmented by the addition of your latest member, guitarist and vocalist Eric Jernigan. How has this affected your writing process now that you are a 5-person band?

There are two parts to it:

First, by having another person bring new ideas, the range of our sonic palette got larger. Eric’s songwriting background is far less oriented toward hardcore, metal, or ambient than everyone else’s. He’s bringing a softer sort of introspection than we’ve previously had.

Second, just having another player in the ensemble means that we can create more expansive harmony, just because there’s another voice and another guitar adding sound to the whole. So I think there were musical ideas that we had wanted to touch on for a long time, but weren’t able to before, that Eric helped to realize with us.

Conceptually, your music connects very well to the personal feeling of the lyrics, a quality vastly enhanced by the nature of your vocals. Do you think this was a conscious effort? Does it make a difference on how you experience your music when you play it live?

It wasn’t something we planned or calculated. It’s just always been important to us to make music that satisfies us, not to play to a specific set of expectations. Part of that means that people writing lyrics need to write about things that are personally important to them, so that they can perform with honesty. I think that our live shows are really intense because you can trust that it’s not just a performance, it’s a communal engagement between the band and the listeners that we want to be mutual. That’s why we’ve never had a problem with stage diving or crowdsurfing or any of that. Obviously we don’t want anyone to get hurt or have a bad experience, but we do want people to feel the freedom to experience a catharsis in the music in whatever way they need to.

Song titles often serve as a compass for the listener. However, 7 of your tracks were untitled on your latest album. Do you prefer people making their interpretations of your material on their own?

Yes, absolutely. In the case of the untitled tracks on QE, we felt that song titles would distract from the content of the songs. Any titles that we came up with felt like they detracted from the meaning of the pieces, so we just left them without titles. Only the first and last tracks felt like they really needed titles.

You are about to embark on another European tour. What countries are you visiting and what should people expect? Needless to say, there are a lot of people who can’t wait to see you live in Greece again. What are your memories from your first show here?

We will be all over the place. Like any tour, there just isn’t enough time to go everywhere we’d like to, but we try to make it a priority to visit new places every time we tour. We had a great time in Greece the last time we were there, although it was very short! Less than 24 hours. The fans were wonderful and many people had traveled large distances to see the show. That’s really meaningful to us. 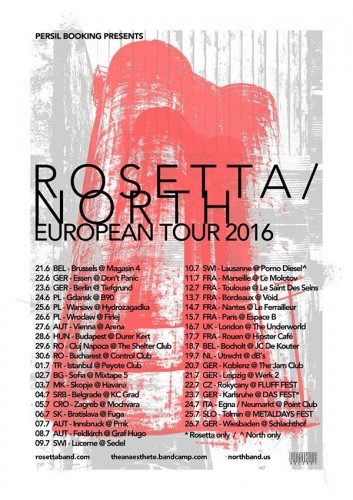 Speaking about gigs and setlists, now that Eric also sings for Rosetta, have you considered playing “Homesick” live? It is one of these cases where a cover song does compare to the original version. What other material are you planning to play this time?

We haven’t and probably won’t ever do “Homesick”, mainly because there are just so many guitar tracks in it (at least eight). Eric wasn’t in the band when we recorded it, so we’d need to rewrite a lot of the vocal parts. Right now we’re working with Eric to develop 2-guitar arrangements of older songs so that we can play more of the old material this summer. Songs from Wake/Lift, ADOM, and The Anaesthete will all get played as the full 5-piece, along with the newer QE material.

Not much other than that we’re looking forward to this summer!