As I write this I’m somewhere over Wisconsin, about to enter Michigan air space — about two hours left before plummeting into the raging hell of Baltimore, or more precisely Maryland Deathfest 2016. I’m excited despite the fact that I’m operating on three hours of sleep and planning to go to the fest pre-party not long after landing. Weep is for the sleak. Or something.

My NCS comrades Andy Synn and DGR, plus former NCS comrade BadWolf, will also be there, plus lots of other friends I haven’t seen since this time last year or longer. Just thinking about the next four days, I smell trouble brewing. Or perhaps the lady in front of me found this a good time to pass wind. Probably both.

Anyway, I’m debating with myself whether to make time for taking photos and writing reports about the fest. On the one hand, it would be a lot more relaxing if I just enjoyed everything and didn’t feel compelled to memorialize the experience. On the other hand, we do run a goddamn metal blog, and it’s sort of expected that if we’re at MDF we’re supposed to write about it.

I guess this will be a game-time decision, and one heavily dependent on just how lazy I feel.

Speaking of lazy, I don’t plan to write much for our putrid site over the next four days, other than a few premieres I committed to do. Fortunately, DGR and Andy and some other contributors got ahead of the game and sent me things to post while I’m lolling around the Baltimore environs like an elephant seal on an ice floe.

Speaking of contributors getting ahead of the game so I can indulge my slothfulness and eat, drink, and sleep metal, Grant Skelton sent me the first write-up in this round-up. I picked a couple of other things out of the ether while winging my way eastward. I picked them based on expectations rather than actually listening to the songs, because while this aircraft has wi-fi, it doesn’t support streaming. The only streaming I’m going to do will behind close doors on this plane just as soon as I finish this post. 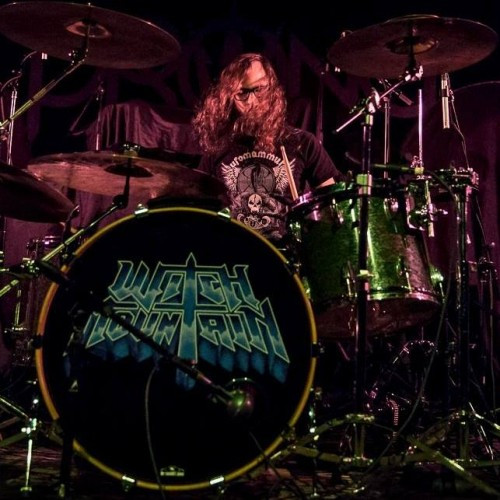 YouTube user “blueheronvideo” captured Witch Mountain performing a new song at Portland’s Star Theater on May 20. The track is called “Burn You Down.” Presumably, it will appear on the band’s next full-length.

Aside from Witch Mountain’s “Sleeping Village” cover that we heard last year, “Burn You Down” is our first sample of original material with current vocalist Kayla Dixon. YouTube videos are certainly no replacement for an official release, and shouldn’t be judged as such. Nevertheless, “Burn You Down” brings with it a wee bit of a Maiden gallop at times, the speed of which distinguishes it from Witch Mountain’s previous output. Look out for some devilish harsh vocals from Dixon after the 5:00 minute mark. Beyond that, the track is exactly what fans want from the band. Heavy. Bluesy. Soulful. Doom.

For those who haven’t heard it, the “Sleeping Village” cover is posted as well. 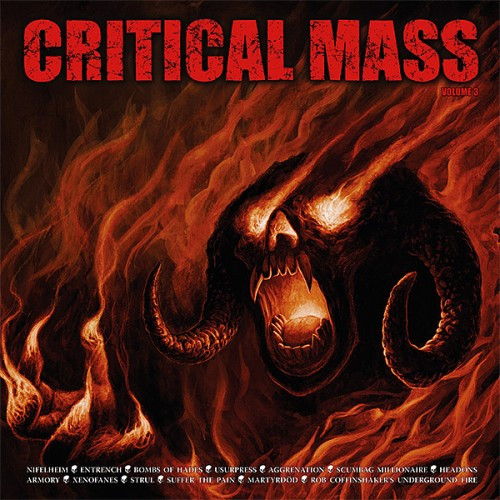 The first item I snagged from the ether is the first-ever music video by the Swedish black metal band Nifelheim for the song “Devil’s Wrath”. I’m going to quote from the press release announcing the video:

“The track is taken from the just released limited edition compilation LP Critical Mass Volume 3. Although originally written by former drummer “Demon” back in 1994, the song wasn’t recorded until spring 2016, with the purpose to be featured exclusively to this compilation.

“The track features guest guitars by Set Teitan (ex. DISSECTION, UNANIMATED) and shows a little thrashier style than what we’re used to from these guys.”

For more info about the compilation, go here. I hope this song and video are as good as I want them to be. What do you think?

The final item in this short round-up is a track called “Triniconoclasm” by an Italian death metal band named Hellish God. It comes from their debut EP Impure Spiritual Forces, which will be released in June by Lord of the Flies Records.

When I received this recommendation, it was with comparisons to bands such as early Krisiun and Rebaellian…fierce old school death metal. Plus, it’s hard to go wrong with Italian death metal these days. So I’m guessing this will be good. Did I guess right?

5 Responses to “SEEN AND HEARD (ON THE WAY TO MDF): WITCH MOUNTAIN, NIFELHEIM, HELLISH GOD”