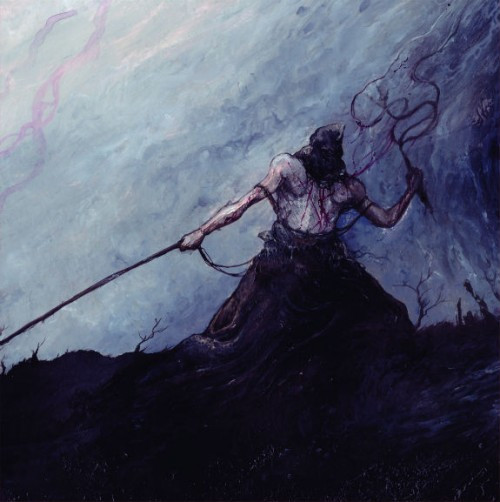 The lone artist behind Ill Omen (“IV”) has quite a resume of participation in other groups, including his membership in Temple Nightside and previous work in Austere. Under the Ill Omen banner he has produced many short releases as well as three albums, including this year’s Æ.Thy.Rift.

At first “Whited, Pestilent Sepulchre…” drags and groans like massive chains across a dungeon floor, drenched in an atmosphere of bleak and terrible disaster, IV’s voice intoning the lyrics in horrifying growls and shrieks as a sweeping keyboard melody lends an air of majesty to the sensation of mounting, supernatural doom.

Eventually, the ponderous and ghastly shroud of sound is lifted, just soon enough to stop it from crushing the life out of the listener, with the song swelling in intensity and ravaging power until it erupts in savage fury with pulse-quickening drums, a torrent of corrosive riffs, and the surge of symphonic keyboards. The sound is huge, heavy, and almost panoramic in the awful vistas it spreads before the mind’s eye.

Since their first demo in 2003, Slaughtbbath have been prolific, producing more than a dozen short releases as well as a debut album in 2013, Hail To Fire (and their drummer Negro is also a member of a band we’ve written about recently, Black Ceremonial Kult).

This new song, “Inverted Hierophany”, provides an almost immediate contrast to Ill Omen’s track, yet the two also complement each other beautifully. It’s as dark, as heavy, and as doomed in its atmosphere as the song that precedes it. It methodically hammers with merciless intent in a mid-paced stomp while the vocalist snarls infernal lyrics until it casts off its own chains and begins to charge in a ravenous assault of blasting drums and raking tremolo riffs.

The pulsing, buzzing melody that drives the song just as potently as the rhythm section is damned catchy, and Slaughtbbath prove themselves (again) as being just as adept at crushing skulls as throwing open the gates to chaos. 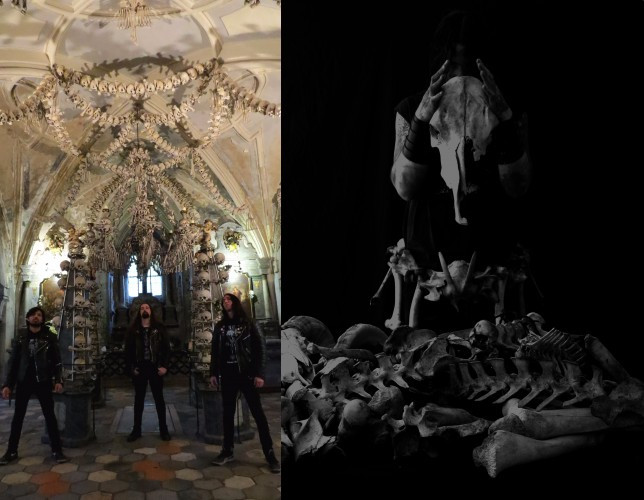 The split will be released tomorrow. Check these links for further info:

One Response to “AN NCS PREMIERE: ILL OMEN AND SLAUGHTBBATH — “PESTILENTIAL HIEROPHANIES””