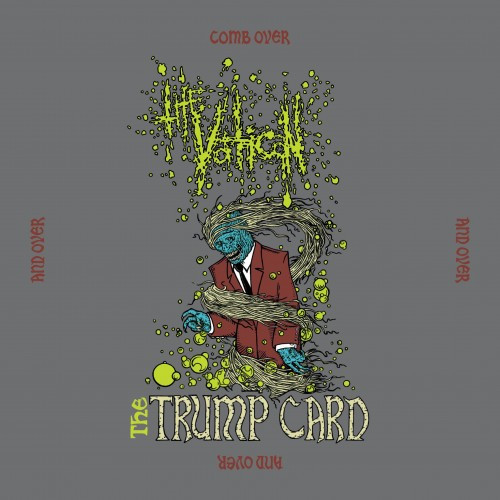 The Vatican’s new EP, The Trump Card, will be released tomorrow. It hits like the blast front of a pipe bomb packed with nails and ball bearings. It propagates outward with explosive force, leaving rubble and bone splinters in its wake. Less than 10 minutes, and you’re done, trying to clear your head while reaching for the play button again and gurgling, “what the fuck did I just hear?”

The horrors and bizarre ironies of our current age are spread around us in abundance, and The Vatican have selected a choice few of them for their sardonic lyrical commentary. In the band’s words, the EP is:

“…a dark vision of our dystopian present, where the ‘leader of the free world’ goes on television and admits to the use of torture and chuckles about it, and we all just chuckle along with him… Where Tom Cruise is a god, Donald Trump is considered a reasonable candidate for president, and we murder children with remote-controlled flying robots.” 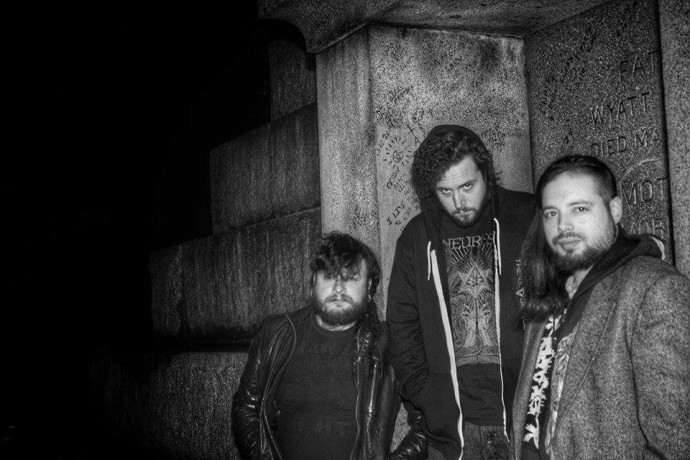 The Vatican also cite the movie They Live as a reference point — “a little bit shtick, a little bit politics, a little bit sci-fi/horror uneasiness,” and if you’re familiar with the film, you’ll understand the connection when you hear the music.

The songs on the EP by this Seattle band take lots of twists and turns in a short stretch of time. It’s a vicious amalgam of grind, harsh noise, sludge, and crust — a barrage of squalling noise, shrieking feedback, rapidly strobing percussive violence, bone-grnding riffs, occasional punk rhythms, and a vocal cacophony composed of sulphuric acid spew and deranged yells.

A few twisted vocal samples are scattered here and there, concluding with one that’s predictable but no less noxious simply because everyone’s heard it before a hundred times. The samples function as small breathers — but only a few shuddering breaths, because you know there’s going to be another detonation at any moment.

Check out our full stream of this ferocious, high-impact EP below. To order it, visit the links below.