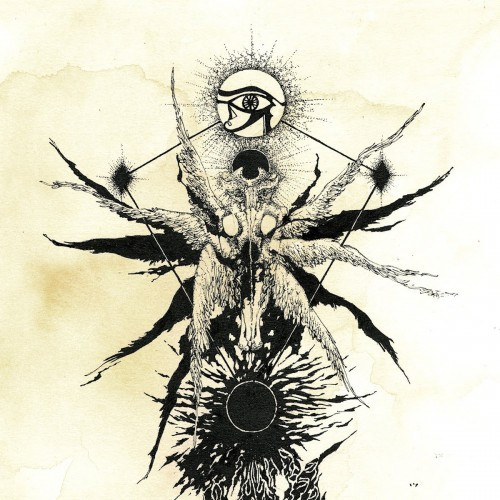 Black Sun Unbound is the third album by Australia’s Denouncement Pyre, due for release by Hells Headbangers on the 22nd of July. It is truly a well-chosen name, one that captures the album’s dark, searing, unearthly energies; its poisonously radioactive atmospherics; and the inspirations of a band who have themselves gone beyond the boundaries of their past work. Earlier this month we praised the album’s first advance track (“Scars Adorn the Whore In Red”), and today we have the pleasure of bringing you a second one — also well-titled: “World Encircler“.

Denouncement Pyre have described the new album, which follows their last full-length Almighty Arcanum by three years, in this way:

“Black Sun Unbound is the most challenging album we have created so far, and we have certainly ventured further into the inner darkness with the new material, through a long and demanding creative process. The writing and recording of this album involved a lot of experimentation, and we have seen a vast range of ideas included, more so than past releases; it is a different album to the first two. Expect new doors to be unlocked and old gods to be awakened!” 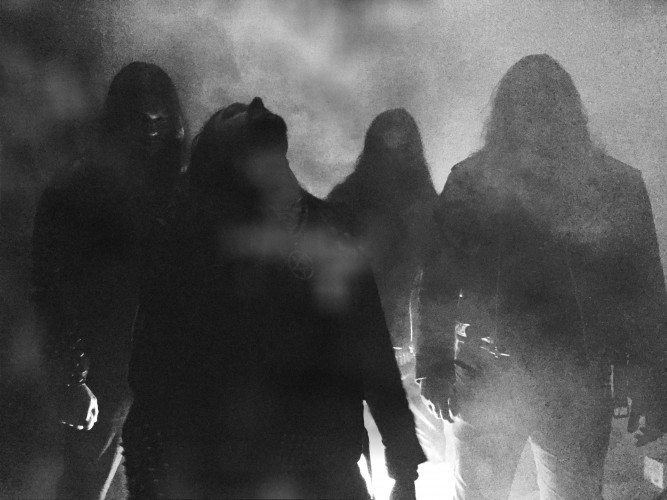 The first advance song from the new album was a striking combination of seething black energy and perilous, arcane atmospherics. “World Encircler” also melds together these touchstone elements of black metal to great effect. From the beginning, it looses a whirlwind of electrifying black thrash propelled by snarling vibratory riffs, barbaric howls, and thundering drum fusillades. It’s head-wrecking, neck-spraining stuff that does an impressive job spearing the reptile part of the brain and then cooking it over a high flame. But the song has another dimension, one revealed when the band slow the pace and expel a dank, choking vapor composed of bleak riffs and swirling, serpentine melody.

The eye-catching cover art for Black Sun Unbound was created by David Herrerias. The album will be released on both CD and digitally with a July 22 release date, and a vinyl edition is expected by late August. To pre-order all formats from Hells Headbangers, go here: