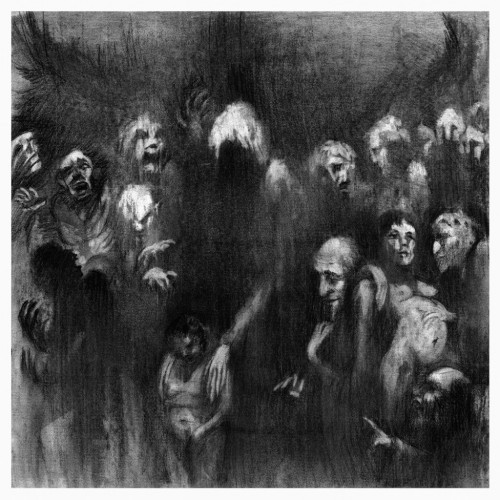 Following their 2011 debut album Remnants and a 2013 EP, Έρμαια Των Καιρών / Under The Shadows, the Greek hardcore band Sarabante have returned with a new full-length named Poisonous Legacy, which is due for release on June 10 by Southern Lord. What we have for you today is the premiere of a new song called “A Day With No Sun To Rise“.

The album’s striking cover art provides a telling visual clue to the emotional resonance of the music, which reflects the ongoing economic crisis and political turmoil in Greece. “A Day With No Sun To Rise”, in particular, is a bleak and bludgeoning affair that hits hard on multiple levels despite its sub-three-minute length. 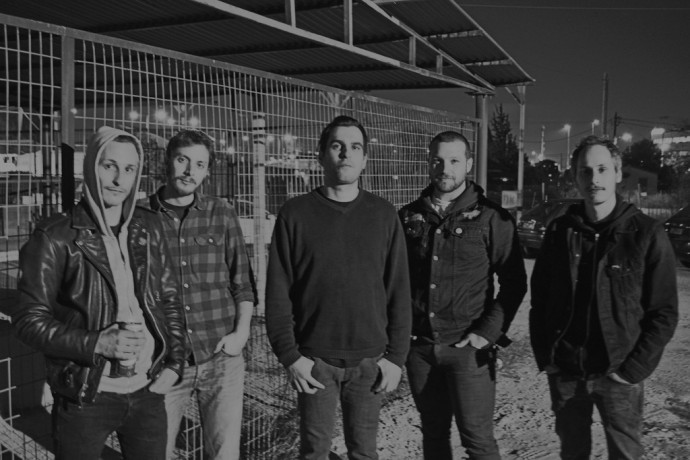 The bone-splintering drumwork and hammering bass notes are perhaps the most immediate manifestations of the song’s palpable physical impact, with the throat-scraping vocal howls capturing the sense of outrage and fury that also courses through the music.

But the song is more than a righteous slugfest — the dark, tension-ratcheting melody paints a vividly desolate portrait of people who have lost their way, with no light ahead. True to the song’s name, there’s a hopeless quality to the sound, and you feel a bitter wind blowing even when the band are in rampaging mode. It makes a gripping song even more potent.

The grim artwork for Poisonous Legacy was created by Karouk, and the album was mastered by Brad Boatright (Sleep, Nails, Obituary). It will be released on vinyl and digitally through Southern Lord on June 10th. Preorders are available HERE.

One other song from the album (“Mass Grave”) has previously premiered, and we’re including a stream of that one along with “A Day With No Sun To Rise”.

4 Responses to “AN NCS PREMIERE: SARABANTE — “A DAY WITH NO SUN TO RISE””