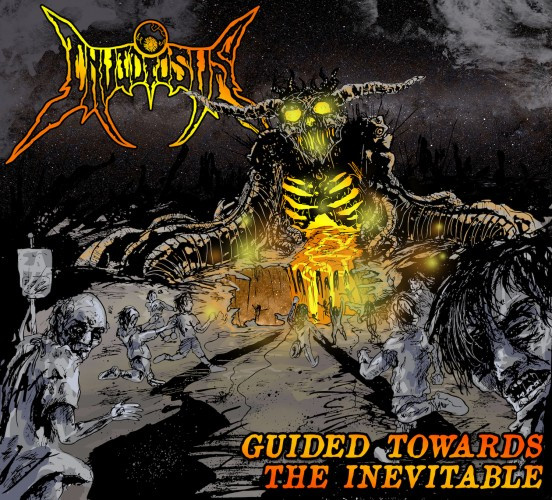 (Austin Weber brings us this premiere of a video for a song from the new EP by Minnesota’s Invidiosus.)

Longtime NCS readers might be familiar with Minneapolis death metal squid squad Invidiosus since we’ve been covering them frequently here since 2014 — not to mention that the band shares a bassist (Todd Farnham) with fellow NCS favorites Amiensus. We last covered Invidiosus back in February, when we helped them launch a badass stand-alone single called “Neurotic Misery”. Continuing to release new tunes while persistently evolving, the band is including this single on an upcoming EP called Guided Towards The Inevitable, which will come out on Friday, June 17th, through Twin Town Tyrant Records. I’ll also help the band stream all five songs a few days before the EP’s release over at Metal-Injection on Tuesday, June 14th, just as a heads-up!

Ahead of its release, we’ve got a refresher of “Neurotic Misery” for you in the form of an exclusive launch of a music video for the song. Like previous videos by the band that we’ve premiered, this one again shows the fun and silly side of the band instead of being a solely performance-focused piece. If you missed the song when we premiered it months ago, that’s all the more reason to make sure to hit play below and take in some eclectic and tasty death metal.

The video even goes full meta, ending with the members of Invidiosus taking in the end of their own video and sitting around looking kinda confused! Sparse spastic snippets of animation are also amusingly woven into the video, which centers on the journey of an unknown character, smoking and boozing around throughout “Neurotic Misery”.

Since I know NCS has a fairly large international viewership I also figured we might as well include the tour poster for the band’s upcoming South American Tour. Who knows, maybe some of you fine readers out there will be able to make one of the dates! 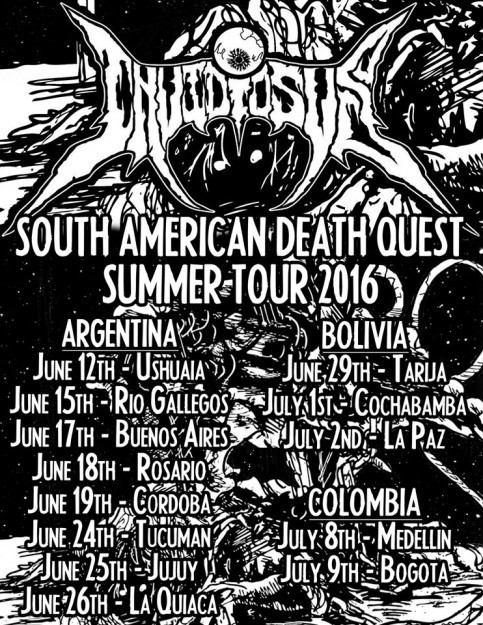 Pre-orders for Guided Towards The Inevitable are available through both the label (physical format) and through the band (digital format) here: