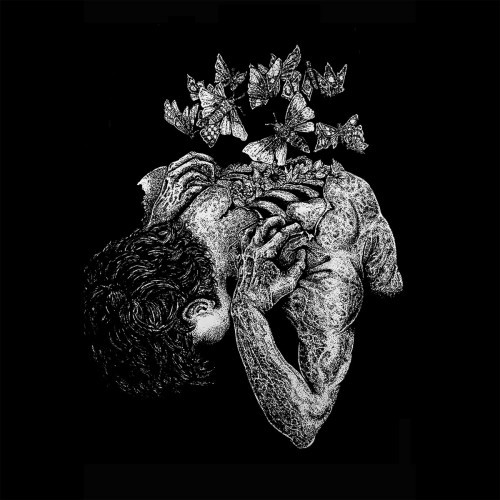 (Andy Synn reviews the new EP by Conjurer, which will be released on July 1 by Holy Roar Records.)

We all know by now that hype can be a double-edged sword.

Certainly it can serve to drum up some necessary excitement and anticipation where it’s needed, there’s no denying that. But equally, it can set up unrealistic expectations that act like the proverbial albatross around a band’s collective neck, particularly in cases where certain blogs and magazines (and even the band’s own PR) keep throwing out sweeping comparisons and wild exaggerations as part of a veritable onslaught of hyperbole.

It can honestly leave you wondering whether to believe what you’re reading, or if it’s simply another example of puffed-up propaganda from the media group mind.

Birmingham-based quartet Conjurer (whose name you may have seen mentioned here at NCS once or twice before) have built up something of a buzz for themselves in the few short years they’ve been together, based almost entirely on the strength of their live performances.

And, as such, their debut EP, the ungooglable I, has a lot riding on it. Not only is it the band’s first chance to solidify their own sonic identity on record, but it’s also their first opportunity to prove whether or not all that hype and hyperbole floating around in the digital aether is actually justified.

So… do they deliver the goods? Or are they all mouth, and no trousers? 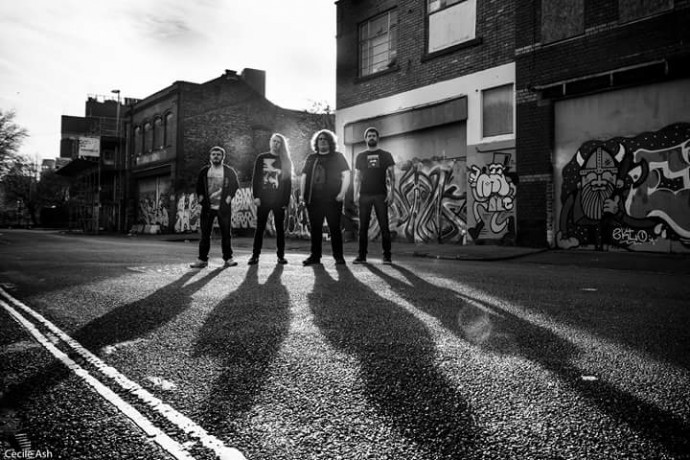 Thankfully it doesn’t take long – say 60 seconds or so of gargantuan opener “Behold the Swine” – for you to get your answer.

Packed to bursting with thickly-sinewed, bone-grinding Death Metal riffs, twin-throated, blast-furnace vocals, and an overwhelming atmosphere of impending doom (the sensation, not the band), the track demonstrates all the very best aspects of Conjurer’s cataclysmic sound – its pulse-pounding intensity, its doomy malevolence, its dynamic, pitch-black intensity – in one six-minute microcosm, complete with an undercurrent of darkly evocative melody and moments of sombre, sullen calm, which allow the listener room to breathe and collect themselves in between monolithic movements of calculated catastrophe.

However, while each of the four tracks that make up this EP is a potent piece of metallic punishment, Conjurer haven’t quite perfected the magic formula that would help make their songs instantly recognisable as their own just yet.

The pulverising “Scorn”, for example, is a monstrously heavy three-and-three-quarter minute melt-down that can loosely be characterised (to within a few degrees of deviation) as a grumbling Triptykon/Gojira hybrid, with perhaps a few hints of the sludgiest, grimiest Deathcore thrown in for good measure, whilst “A Chasm Forged in Dread and Disarray” picks up this nascent (but undeniable) Gojira influence and drags it into some far darker, more demonic places, adding a touch of… dare I say it… subtly blackened melody and menace in the process.

That’s not to say that Conjurer’s music is derivative. Woe betide anyone who suggests such a thing. After all, every band is generally just a combination of its influences and inspirations when you get right down to the nuts and bolts of things. It’s just that some bands, the very best bands, do so in a way where you don’t really notice it, so swept up are you in the character and creativity of the music itself.

And Conjurer aren’t quite there yet. Not quite. But they’re close. Oh so very close.

Concluding with the doomongous (a word I just invented combining “doomy” and “humongous”) “Frail”, the longest, slowest, and downright weightiest song on the EP, it’s eminently clear that I is, for all its minor flaws, something a little bit special.

An uncut diamond in the rough, as it were.

Sludge-tinged and doomy, grim and deathly… faintly blackened and subtly progressive in all the right places… this is an incredibly impressive debut that amply demonstrates both the power and potential of the band’s sound, whilst also leaving them ample room to grow and develop in the future.

Mark my words, you’re going to be hearing a lot more about these guys over the next few years.