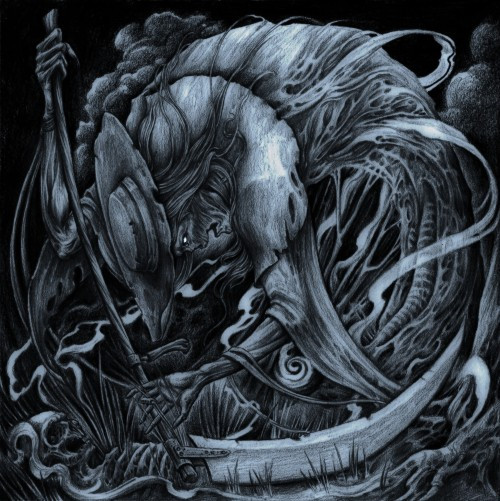 The Texas band Black Funeral was born from the mind of Michael W. Ford (aka Akhtya Nachttoter) in the mid-’90s, and although other members of the line-up have changed over time, Ford has persevered, releasing 8 albums that began with 1995’s Vampyr – Throne of the Beast. And this year, roughly six years after the last Black Funeral full-length, another one will be upon us in September via Iron Bonehead Productions and Dark Adversary. 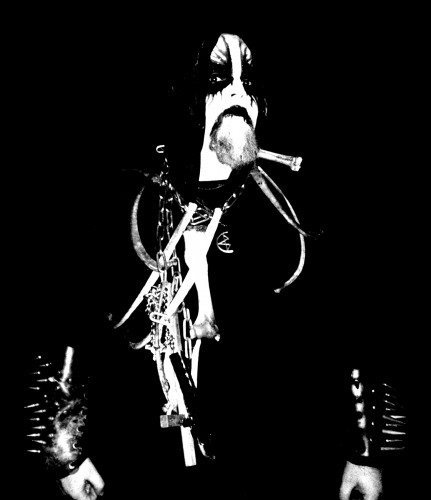 The new record is named Ankou and the Death Fire, and is the result of Ford’s collaboration with Drowning the Light’s Azgorh Drakenhof (who handles guitar, bass, and keyboards on the album) and “An Unnamed Spirit” on drums.

We are told through a press release that Ankou and the Death Fire “is centered on myth and traditions of Death and the Otherworld” from the Iron Age through the Medieval Celtic period. As for the album’s title, the press release included this explanation:

“The Ankou is a grim harvester of the dead and collector of souls, found in the folklore of Brittany. The Ankou appears in many guises: from a thin, skeletal man with long white hair and a wide-brimmed hat, or as skeleton covered in a white shroud, carrying either a scythe or sword as he walks down the lanes with his carrion cart of death. The Ankou is said to be Cain, who is the patron witch-father of the Luciferian tradition of Witchcraft. This album manifests numerous forms of the Ankou and the Dullahan and the energies associated with their death magic.”

What you can hear below is the first advance track from the album. It does indeed have a mythic and mystical atmosphere, but also an atmosphere of derangement that builds almost immediately through the bizarre vocals that appear in the opening minute. When the song fully engages, it’s a a wild hunt, rough and rampaging and grimy in its production, and accompanied by utterly venomous, chaotic, bile-spewing vocals. But there’s also a jumping rhythm, galvanizing riffs, and a folk-like melody in the song that seizes attention.

Ankou and the Death Fire includes wonderful cover art by Australian tattoo artist Scourge. It will be released on September 9 by Iron Bonehad on vinyl and digipack CD, and by Dark Adversary in a jewel case CD edition. 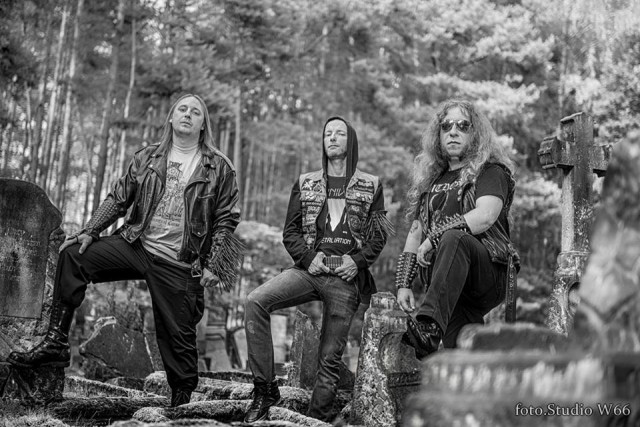 The Polish band Warfist is a new discovery for me. Metal-Archives tells us that the band released 7 demos, EPs, and splits from 2005 through 2010 and a debut album (The Devil Lives In Grünberg) in 2014. Godz of War Productions will be releasing a second Warfist album named Metal To the Bone later this year, and in recent days gave us an advance track called “Written In Blood”.

The name of this game is speed metal, which hits with the impact of a needle-full of adrenaline spiked right into the heart. The high, ripping riffs are blazing fast and unhinged, as are the raw, alcohol-degraded vocals… right up until the 2:08 mark when these dudes hit a grooving riff that will either make your neck sore from headbanging or light a fire in a mosh pit, depending on the scenario. Damned cool solo in the closing minute, too.

The song may be named “Written In Blood” but I prefer to think of it as “Let’s Get Drunk and Fuck”. Because that’s what it makes me want to do. (Is that too much information?) 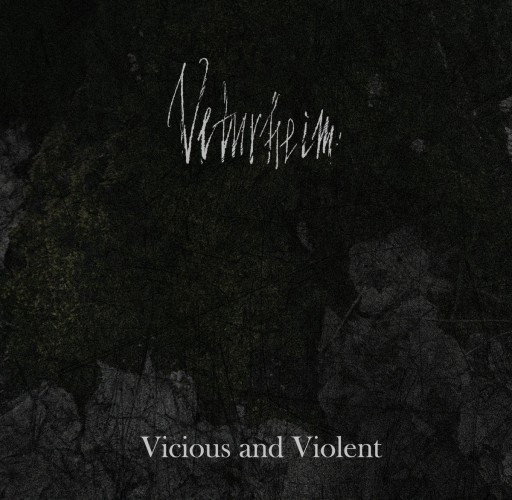 Here’s yet another new discovery (for me) — a Russian duo who call themselves Veturheim. They released a self-titled album last year, and last month they released a three-song EP entitled Vicious and Violent, which has become my first exposure to their music.

Veturheim make effective use of heavy, fuzz-bombed, repeating riffs and aching, depressive melodies that flow and evolve over those gripping drive-trains. Meshing well with the grief-stricken melodies, the vocals are wrenching, agonized, and abrasive in their despair. There might be keyboards in here, or simply guitar effects that make them sound that way; in either case, they lend the songs a haunting cast. And maybe it’s just me, but I get a dark post-punk vibe in parts of these songs as well.

The songs also include comparatively soft bridges that lead to alterations in the songs’ concluding minutes — to an extended, pulsing, flickering guitar solo in “Fade”; to a rocking beat and a dark, trilling melody in “Hollow Hearts”; and to another propulsive rhythm with a ghostly, ephemeral melody in the band’s cover of “Thirst” by the band Ayr (from their 2011 EP Nothing Left To Give).

This is an excellent EP that’s worth the full trip from start to finish. 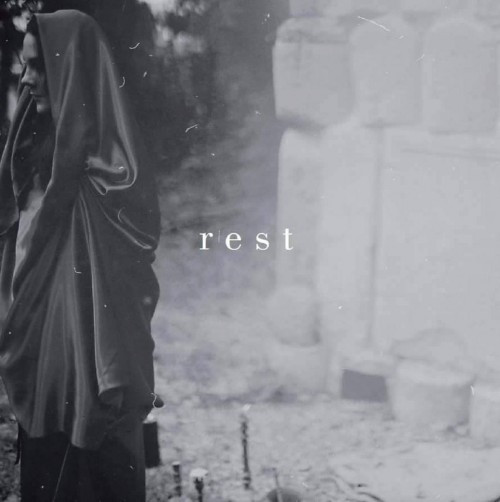 Rest is the first EP by a band also named Rest from Udine in the northeast of Italy. It includes five tracks that forge black metal and hardcore into music that brings to mind All Pigs Must Die and Rest’s countrymen, The Secret (who have been silent for too long).

The first four songs fly by pretty fast, leaving wreckage in their wake. They’re gasoline for a setting a mosh pit on fire, too — fast, furious and murderously hard-hitting.  Apart from the bloody-minded destructiveness of the songs and the throat-rupturing, blood-spraying vocals, they’re also spiced with some dismal melodic herbs that are very tasty.

Unlike the others, the last song is five-and-a-half minutes long and shows a bit of a different side to the band’s sound. Don’t get me wrong — it’s a punishing track like all the rest, but the atmosphere of doom and degradation is even more intense, even as the band slow the pace compared to the full-throttle ass-kicking of the first four. It proves even more convincingly that we need to keep a close eye on the suffering that Rest capture in their music from here on. 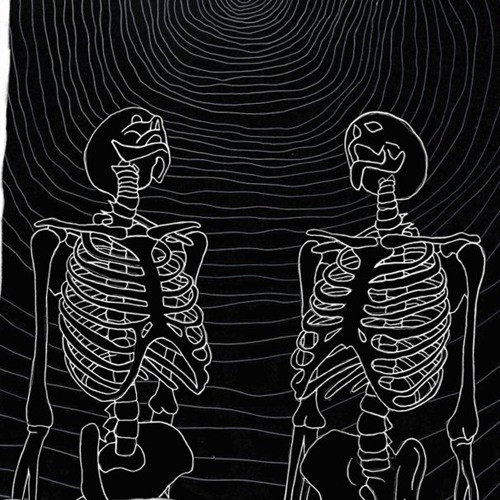 Alruin are an instrumental band based in Johannesburg, South Africa.  In February they released a self-titled debut album (which I haven’t heard), and now they’re participating in a split release called Hertovenarij with the Dutch black metal band Reiziger.

“Galgenman” is the name of Alruin’s track, and it’s spellbinding. The sound is coated with a thick veneer of distance, by which I mean it sounds like you’re hearing it from a tunnel beneath a stage. But despite, or perhaps because of, the lack of clarity, it has a way of seeping like black blood into your head. The drums sound like the muffled beat of a heart; the slow, flowing melody is both mesmerizing and toxic, even when the drum rhythm begins to bounce.

The music is both bone-chilling and warm; it’s like a funeral for plague victims and a dance in their memory (and no, I don’t expect that to make much sense).

Hertovenarij will be released on pro-tape (limited to 100 copies) by the Spanish label Nebula Carcoma. 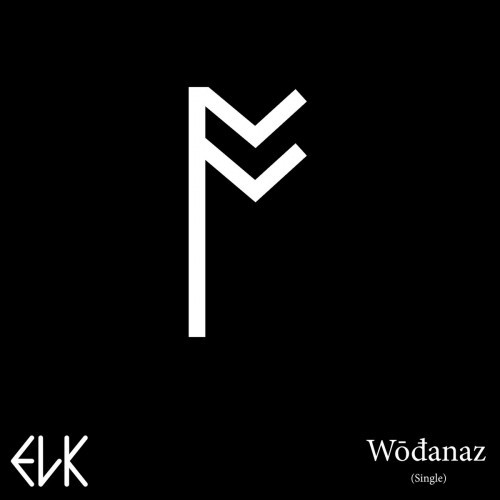 When I wrapped up Part 1 of this Shades of Black collection, I ended it with two tracks by SataNaamah that aren’t black metal in the conventional sense of that genre term (or metal at all), but are connected both in the spirituality that inspired them and in the connections that the musicians and the studio apparently have to black metal bands. I decided to end Part 2 in similar fashion, with another largely acoustic track.

Wōđanaz is the title track of a new EP by a one-man band named Elk, and it was released last week as a stand-alone single by Elk’s label, Blackened Death Records. All I’ve been able to discover about Elk is that the creator is European and calls himself Lord Villrein.

Wōđanaz draws its strength from the compelling power of simple ingredients and repetition. The almost-whispered vocals come through like a chant; the music is tense and devastating, despite the fact that the song isn’t loud or abrasive. And it’s also hypnotic, a black neo-folk spell that leaves little room for light or life.