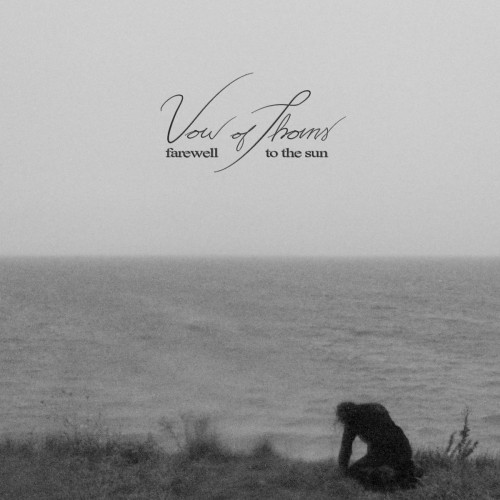 Ontario’s Vow of Thorns made their advent in 2013 with an EP named Forest Dweller, and on July 15 they will release their first full-length album, Farewell To the Sun. Today we have the pleasure of bringing you a stream of the album’s closing track, “Doomed Woods“.

When asked to comment about the song, guitarist Dustin Richards explained: “The lyrics to ‘Doomed Woods’ are what sparked the theme for the album. With this track we set out to create a song that conveys the experience of facing death head-on. Accepting your inevitable end and embracing it.” 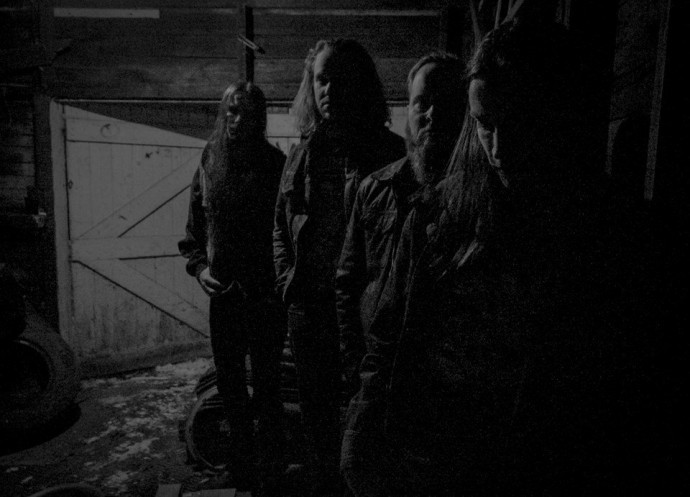 Even without that explanation, the music itself conveys changing sensations of fear, despair, grief, and resignation, mixed with determination and defiance. And throughout this long song, there is a heavy overhang of cold grey skies, pierced at times by rays of illumination.

In genre terms, the band combine elements of black metal and doom, with influences that range from Agalloch, Drudkh, and Wolves in the Throne Room to Woods of Ypres and Daylight Dies. “Doomed Woods” moves between staggering, mournful passages anchored by sludge-encrusted bass riffs moving through a gritty haze of guitar distortion, and surges of tumultuous intensity driven by hard-charging (and highly infectious) riffs and galloping drums.

The song also includes a pair of poignant, gripping guitar solos and melancholy melodies that at times become almost panoramic in their sweep and power, as well as abrasive vocals that are caustic and wrenching. But at no time does the song convey any convincing sense of reassurance or peace, despite the dark beauty that rises up in the melodies; at the end, the shrill, tension-ratcheting feedback and heavy, calamitous chords vividly create a sense of unease about the fate that looms ahead of us all.

Farewell To the Sun was mixed and mastered by Jason W. Walton at Earth In Sound in Portland. The album art features photography by Kerrie Winegarden (Forest Photography), with illustrations by Manuel Scapinello.

Two more songs from the album can be heard via the Bandcamp player we’ve installed below — and Bandcamp is the place to go to pre-order the album:

2 Responses to “AN NCS PREMIERE: VOW OF THORNS — “DOOMED WOODS””