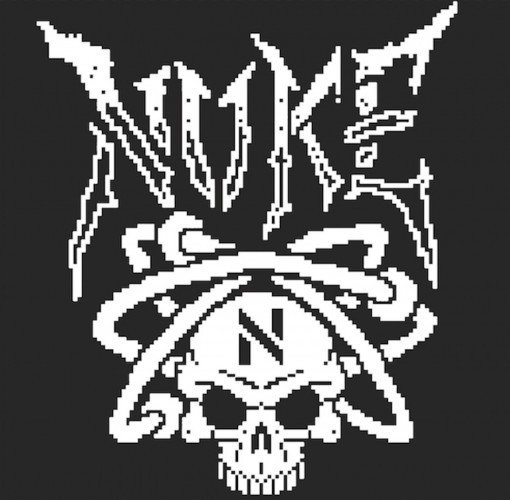 Almost one month ago I came across a song called “Nuke Me Baby” by a Detroit band named Nuke from their forthcoming, self-titled debut album on the Hells Headbangers label. It lit me up like I’d stepped on a downed power line. I managed to gasp out the phrase in print that it “makes me want to get wasted and piss on a police car”. Despite that, or maybe because of that, I got the chance to premiere another song from Nuke. I even got to pick the song I wanted to premiere. It wasn’t easy (so many fine tracks on this album), but I’m going with “Hellrider“.

Nuke may be a newish band, but the line-up includes Ritchie Riot from Shitfucker on vocals and other members who’ve played in Reaper, Borrowed Time, Perversion, and Anguish. They’ve got some veteran skills, of a certain kind, that they’ve put to damned good use nuking the bejesus out of listeners on this new album. 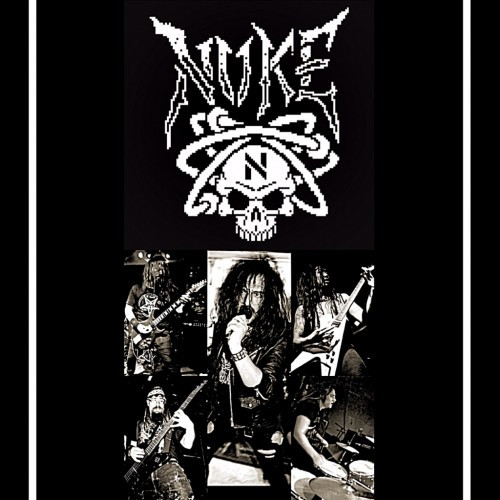 Before vomiting out that line about pissing on police cars, I tried to sum up “Nuke Me Baby” as “an electrifying discharge of punk and speed metal, with enough grit on the riffs and more than enough rancid vitriol in the vocals to put a murderous edge on this nuclear mayhem.” “The riffs are catchy as fuck, the soloing soars and swoops like a dive-bomber and incinerates like a flamethrower, and the drum bursts operate as a sure-fire adrenaline trigger.”

Like that earlier song, “Hellrider” is a complete rush, but with more of a “classic heavy metal” feel. It will seize your neck and bang your head like a rag doll, and the guitar solos in the song are so damned good that I’m imagining metalhead claws raised to the skies in exultation. In fact, the dual-guitar melody in the song is a big reason why I picked “Hellrider” — in addition to the hard-charging, thoroughly electrifying riffwork, the piston-driven rhythms, and the thrill of listening to Ritchie Riot scream “HELLLLLLLRIDER!”

I did pick this song over a lot of other hellaciously fine ones for good reasons. The dudes in Nuke may be vicious metal punks from a rough and raw town, but this ridiculously catchy song is the kind of classic, full-throttle metal anthem I can imagine being played in a packed arena. So. Damned. Good.