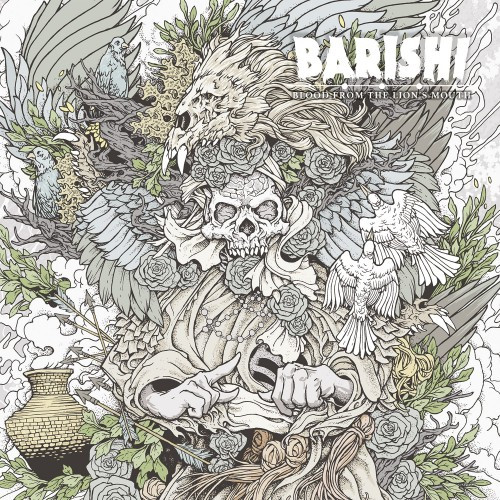 We’ve been following Vermont’s Barishi every step along their way, with our man Andy Synn reviewing both their 2013 debut album (here) and their 2015 EP Endless Howl (here). Barishi have now prepared a second full-length named Blood From the Lion’s Mouth, which will be released worldwide by Season of Mist on September 16, and today we bring you a stream of the album’s first advance track, “Grave of the Creator”.

Regarding the new track, the band comments: “”Grave of the Creator” came together in the middle of the album’s writing process. The majority of the song was written on an old acoustic guitar in a hundred year old log cabin in the middle of Maine. It’s been fun hearing its transformation since then.”

And the song definitely has transformed since its acoustic beginnings. 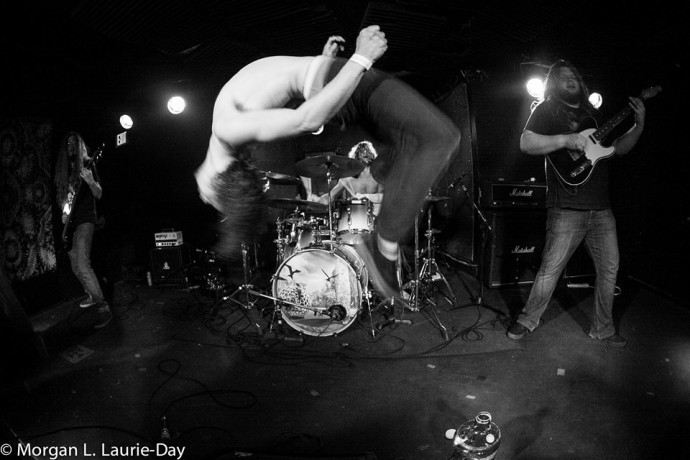 Attempting to sum up “Grave of the Creator” in words is a challenge. It’s dark, jolting, writhing, and dissonant, with scathing, blackened vocals — but it also includes a mesmerizing melody that glides and shines like a river in the sun. And because of both that transcendent melody and the spine-jarring rhythms, the song is one that easily gets stuck in the head, in addition to being a rush to listen to in the moment.

It’s a promising teaser for this new album, about which the band gave us these thoughts:

“We’re really proud of this album. It was an absolute blast to both write and record. We spent last summer at home in Jamaica, Vermont writing constantly. Our goal was to come up with something that was cohesive as a whole but also had an individuality to each track. Our producer Brian Westbrook really went above and beyond with its production. He has such clear vision in regards to a song’s structure as well as it’s sonic potential. It was killer to work with him again.”

As just noted, Blood from the Lion’s Mouth was recorded by Brian Westbrook at PDP Recording (Lich King) in Greenfield, MA, during the winter of 2015-2016. The album is now available for pre-order HERE — and this is the track list:

3 Responses to “AN NCS PREMIERE: BARISHI — “GRAVE OF THE CREATOR””