Only seven months ago we brought you the premiere of a full-album stream on the release date of Epsilon Aurigae, the fifth album by the remarkable Parisian band Monolithe. But that album was only the first part of a two-album work with a common theme, and the second part — entitled Zeta Reticuli — is being released today by Debemur Morti Productions. Once again, we are fortunate to bring you the premiere of a complete album stream.

Both of these albums were recorded at the same time, and as was true of Epsilon Aurigae, Zeta Reticuli is composed of three long tracks, each of them exactly 15 minutes in length. Both albums are named for binary star systems, capturing the idea of two objects orbiting a single gravitational center, or in this case, two albums revolving around a common set of ideas.

In the case of these albums, the six songs, in the words of Monolithe’s Sylvain Bégot, “are about being, feeling, or looking for oneness or wholeness: unity, singularity, uniformity, soleness, loneliness.” And as for what the music itself evokes, it is, as he conceives it, “the immensity, absurdity, danger, and loneliness of the universe”. 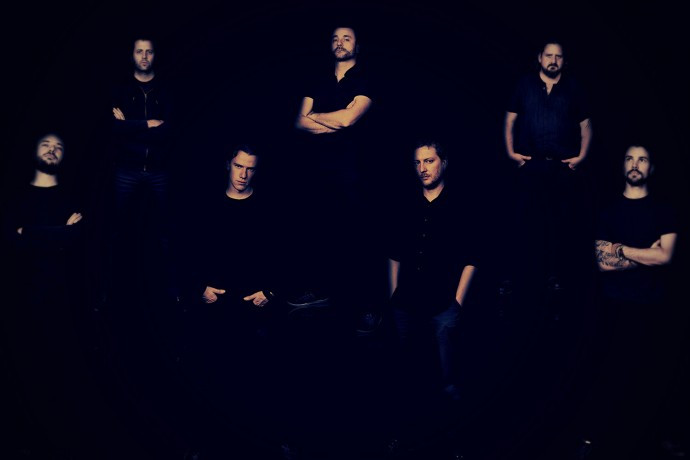 These two albums follow a sequence of four records (collectively known as “The Great Clockmaker” saga), each of which consisted of a single album-length track. And both of them represent a departure from, or perhaps an expansion of, the style of music developed through those previous albums. Doom was a significant element of the earlier albums (though Monolithe was already pushing the genre’s boundaries in inventive directions), but here the aim was to get rid of restrictions inherent in the concept of Doom; the band now prefer to call themselves a Dark Metal band.

That isn’t to say that all conventions of Doom have been abandoned on Zeta Reticuli. The music is crushingly heavy; the pacing is mostly slow; and one significant aspect of the album’s atmospheric resonance (though not the only one) is a chilling sense of menace — not in the sense of some malignant alien presence, but rather the inherent threat of an unimaginably vast cosmos inhospitable to life as we know it, and perhaps the inevitability of heat death as well.

Yet there is also unfathomable mystery beyond our own gravity well, and breathtaking beauty in the celestial objects we’re able to see with the aid of off-planet telescopic platforms, and Monolithe bring those sensations home, too, with eerie, serpentine guitar motifs, shimmering astral ambient sounds, and bleak but poignant melodies. 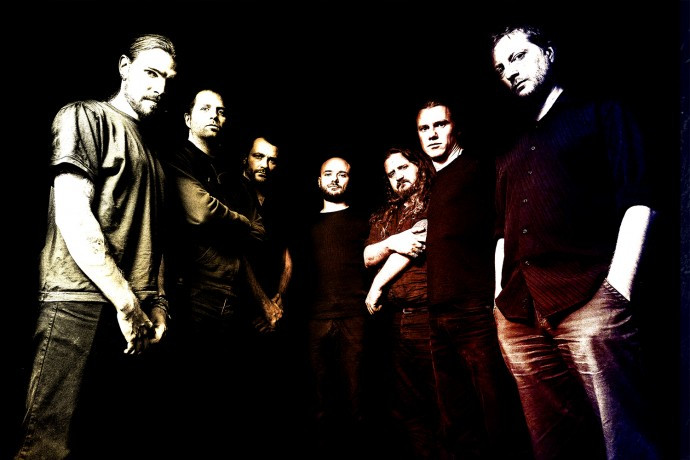 “Ecumenopolis” straddles the line between funeral doom and death doom; it becomes brutally destructive, and there’s a queasy dissonance in one of its refrains, but lurking within the song is a dismal, aching melody that’s as spellbinding as it is disturbing.

The heavy bass-and-guitar riff and dual-guitar leads that begin “TMA-1” are immediately catchy, but the song soon becomes a massive crusher, and there’s a dual-guitar solo that weaves like a snake charmer’s flute and the cobra caught in its trance at the same time. About halfway through, it hits an enormous groove that anchors another narcotic solo, and that’s followed by an ambient segment made of deep droning sounds and a shifting pattern of alien tones and skittering percussive noise.

“The Barren Depths” is as wholly immersive and as massively heavy as the other two tracks, but it also strikes out in different directions. Much of the difference is attributable to the wonderful, soaring guest vocals of Guyom Pavesi (Devianz, The Copperfields) and a gliding, sinuous dual-guitar melody, with a high, clear tone that almost resembles the sound of pipes or flutes calling.

But what really makes this final song stand out is the finish.  During the last three and a half minutes the pulsing, head-nodding bass and powerhouse drumming lock into a groove guaranteed get your head moving, and that groove provides the anchor for an extended, multi-layered guitar solo that shimmers, reverberates, warbles, glistens, and builds in intensity. It’s among the most gripping and fascinating three-and-a-half minutes of music you’re likely to find anywhere this year.

And that’s something Monolithe also do extremely well in the other two songs: This band knows how to finish. In the last four minutes of “Ecumenopolis” a plaintive melody unspools over a huge, skull-clobbering drum beat and the looping propulsion of a distorted, rushing freight-train riff. And for the last two minutes of “TMA-1”, the bass and drums lock into another gripping rhythm that provides the foundation for more mind-bending dual-guitar tracery.

Zeta Reticuli satisfies many needs. It crushes; it provides chilling atmosphere; it offers glimpses of beauty; and at the end of each song, it will make your head bang like a hammer. In a word, it’s fantastic.

The album features artwork and design by Robert Høyem (Overhaus.com). It can be pre-ordered via these links:

P.S. If you want to understand why these songs are exactly 15 minutes in length and why Epsilon Aurigae and Zeta Reticuli were chosen for the names of these connected albums, rather than other binary star systems, check out this recent interview of Monolithe’s Sylvain Bégot, which is also the source of the quotes included in this review (in that interview, you’ll also discover many other interesting insights about the albums as well).

One Response to “AN NCS ALBUM PREMIERE (AND A REVIEW): MONOLITHE — “ZETA RETICULI””