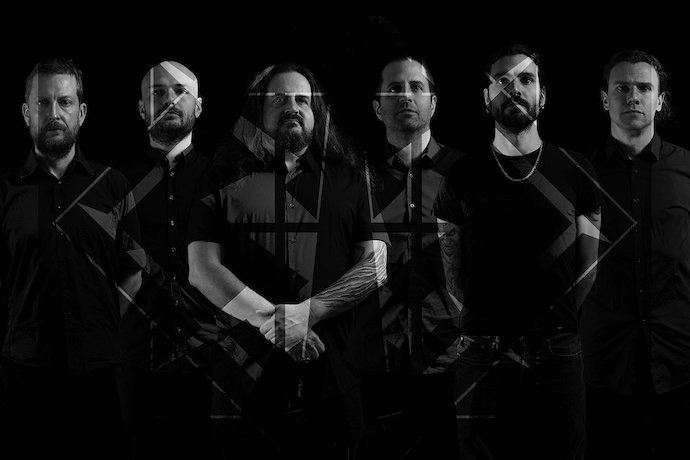 (On November 25th the French band Monolithe released Kosmodrom, their latest album in a 20-year career, and in this new interview we present Comrade Aleks‘ discussion with Monolithe multi-instrumentalist Sylvain Bégot.)

Monolithe went their long way from sci-fi influenced funeral doom metal with a unique approach and to their own original melodic death-doom from outer space. Their reputation at first was built around the Monolithe triptych (The Great Clockmaker concept) where each of this series of albums consisted of one huge epic track. The band developed their ideas further and made a step out of funeral doom territories with the next albums.

The new Monolithe album Kosmodrom is a 67-minute-long journey to the brave past of the Soviet Space Program, the times of healthy competitions and high hopes which seem to be lost for us nowadays. This story was told with the universal tongue of death-doom, but some of its parts demand explanations, and Monolithe’s keeper Sylvain Bégot is the one who knows all the secrets behind it. END_OF_DOCUMENT_TOKEN_TO_BE_REPLACED

On we go into the 12th installment of this list, in which I’ve added three more songs. To check out the previous installments of this expanding list, you’ll find them behind this link, and to learn what this series is all about, go here.

Well, you had to know there would be an Alkaloid song on this list. We devoted a lot of attention to Liquid Anatomy (and of course so did the rest of metaldom), including Andy’s review of the album and premiere of a song, his subsequent placement of the album on his Critical Top 10 list for all of 2018, and DGR’s positioning of the record at the No. 2 spot on his own year-end Top 50 list, accompanied by an extensive write-up. END_OF_DOCUMENT_TOKEN_TO_BE_REPLACED

(After a hiatus, we present another edition of Andy Synn’s three-line reviews.)

According to my records (or vague recollections) it’s been almost ten months since the last edition of ‘Reviews in Haikus’… and this simply will not stand!

So, since I have a backlog of unreviewed albums as long as the Seine, I’ve selected three albums from our Gallic cousins which deserve some attention to cover here.

So, without further ado… END_OF_DOCUMENT_TOKEN_TO_BE_REPLACED

In the first week of this month the German label AOP Records announced that it would be releasing a new album by Harakiri For the Sky early next year, and then on Thursday of last week it revealed further details, including the cover art (by Striga) that you can see above. END_OF_DOCUMENT_TOKEN_TO_BE_REPLACED

And because the stream is on Soundcloud and Bandcamp, I’m installing it below. And there you will hear brand new songs by Arkhon Infaustus, Monolithe, Spectrale, and Heir — about which I’ll offer some unrequested impressions — plus other excellent songs from previously released albums by Au-Dessus, Time Lurker, Pénitence Onirique, Maïeutiste, and Pensées Nocturnes. END_OF_DOCUMENT_TOKEN_TO_BE_REPLACED

Only seven months ago we brought you the premiere of a full-album stream on the release date of Epsilon Aurigae, the fifth album by the remarkable Parisian band Monolithe. But that album was only the first part of a two-album work with a common theme, and the second part — entitled Zeta Reticuli — is being released today by Debemur Morti Productions. Once again, we are fortunate to bring you the premiere of a complete album stream.

Both of these albums were recorded at the same time, and as was true of Epsilon Aurigae, Zeta Reticuli is composed of three long tracks, each of them exactly 15 minutes in length. Both albums are named for binary star systems, capturing the idea of two objects orbiting a single gravitational center, or in this case, two albums revolving around a common set of ideas. END_OF_DOCUMENT_TOKEN_TO_BE_REPLACED

“The Barren Depths” is the third and final song on Zeta Reticuli, the monumental new album by the unusual French progressive doom band Monolithe, which is set for release on July 8 by Debemur Morti Productions. In its full length, the song lasts for 15 magnificent minutes (as do the other two tracks). However, Monolithe have also prepared an edited version of the song that is almost exactly half that length, and it has been made the soundtrack for a stunning video that we’re premiering today.

After a sequence of four records (collectively known as “The Great Clockmaker” saga), each of which consisted of a single album-length track, Monolithe spent most of 2015 on a new project with an expanded line-up, recording two connected new albums respectively titled Epsilon Aurigae and Zeta Reticuli (each named for a binary star system). The first of those was released in December 2015, and Zeta Reticuli will follow six months later. END_OF_DOCUMENT_TOKEN_TO_BE_REPLACED 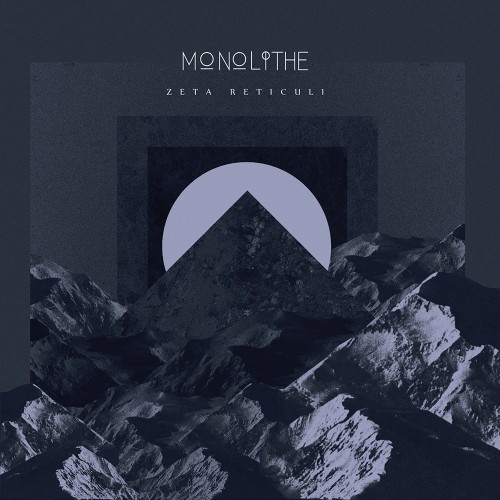 Only six months ago we were privileged to bring you the premiere of a full-album stream on the release date of Epsilon Aurigae, the the fifth album by the remarkable Parisian doom band Monolithe. But that album was only the first part of a two-album conceptual work, and the second part — entitled Zeta Reticuli — has now been scheduled for release by Debemur Morti Productions on July 8. As was true of Epsilon Aurigae, the new album is composed of three long tracks, and today we’re helping share a video teaser that will begin whetting your appetite for the full experience.

In my review of the last album, I attempted to describe the experience as something akin to “diving into a deep blue hole, with crushing pressures and glowing phosphorescence all around you, or perhaps like a venture into the cold void of space. Either way, you really lose the sense that you’re standing on solid ground.”

That album was brimming with dark atmospheric music, incisively textured and powerful in its emotional impact. But for all of its alien ambience and bereft melodies, the album was also a heavyweight crusher, and one of the most mesmerizing doom albums of 2015. Understandably, I’ve been eager to discover the second half of this musical saga. END_OF_DOCUMENT_TOKEN_TO_BE_REPLACED 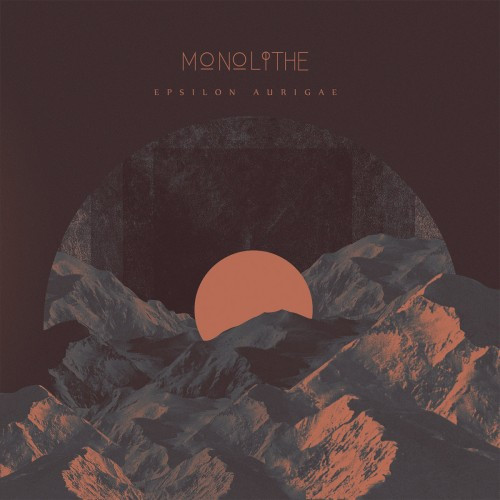 Today is the release date of Epsilon Aurigae, the fifth album by the remarkable Parisian doom band Monolithe, and in cooperation with Debemur Morti Productions we have for you a full stream of the album.

Epsilon Aurigae is divided into three tracks — “Synoecist”, “TMA-0”, and “Everlasting Sentry” — each of them exactly 15 minutes in length. All three are massively heavy, atmospherically chilling, and ultimately spellbinding in their effect. END_OF_DOCUMENT_TOKEN_TO_BE_REPLACED

I haven’t listened to any of this band’s previous works, and was first attracted to this new one mainly by the striking cover art (by Norwegian artist Robert Høyem — click the image above to see a larger version). And then today I heard a 6-minute excerpt from the new album, which was recently unveiled on Soundcloud. END_OF_DOCUMENT_TOKEN_TO_BE_REPLACED