In the first week of this month the German label AOP Records announced that it would be releasing a new album by Harakiri For the Sky early next year, and then on Thursday of last week it revealed further details, including the cover art (by Striga) that you can see above.

The name of the album is Arson, and it includes session drums by Kerim Lechner (Krimh, SepticFlesh, ex-Decapitated). Here’s the track list:

Finally, there is a video teaser for the album (below) that includes some words from Krimh and about 15 seconds of new music.

As you know if you’ve been a regular NCS reader, this Austrian band is one of our long-standing favorites, and we are eager to hear this new one. If you are new to the band, check out their last album here.

Harakiri For the Sky:
https://www.facebook.com/HarakiriForTheSky/ 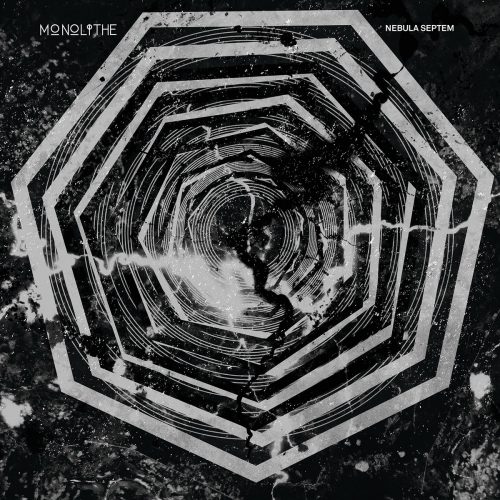 This past summer I wrote about a new song by the French band Monolithe called “Burst In the Event Horizon“. At the time, it was unclear whether the track was a stand-alone or the first excerpt from a new album. Now we know.

In recent days Les Acteurs de L’Ombre Productions has announced that it will release a new Monolithe album named Nebula Septem on January 26. The cover art was again created by Norwegian artist Robert Høyem. And the track list is as follows:

Every song on Monolithe’s last two albums (three songs on each of them) was exactly 15 minutes long. With the closing of those chapters, Monolithe is obviously embarking on a new approach, as revealed through “Burst In the Event Horizon”, which is  only about half the length of those preceding six songs. But as I wrote when I first heard it, the music is mesmerizing nonetheless, its sweeping, intense melodic vibrations soaring over a prominent bass pulse, building an atmosphere that’s majestic, cosmic, and frighteningly foreboding. The vocals are strikingly (and terrifyingly) powerful as well.

And while the subject of this column is mainly black metal, I think including the Monolithe news and repeating a stream of that song aren’t completely out of place.

In January of 2016 we were lucky to premiere a song from the debut EP (Pupil of the Searing Maelstrom) of an Icelandic black metal band named Almyrkvi, which is the solo project of musician Garðar S Jónsson, who is also a member of the great Icelandic band Sinmara. We followed that with Andy Synn’s laudatory review of the EP, which he described as a successful effort “to capture the fearsome cold and endless nothngness of the celestial abyss in five impressively atmospheric and morbidly mesmerising tracks”.

It was, therefore, quite exciting to see the announcement late last week that Ván Records will be releasing Almyrkvi’s debut album, Umbra, on November 24th. As you can see, we also have the cover art, created by Seals of Blackening. This is the track list:

I’ll also mention that Almyrkvi will be touring places in Europe with Sinmara, Sortilegia, and II, beginning on November 30. The name of the tour is Astral Maledictions, and the confirmed dates are here:

I really would like to be present at one of those shows, but the teleporter I ordered from Amazon hasn’t arrived yet. Fingers crossed that it will come in time. 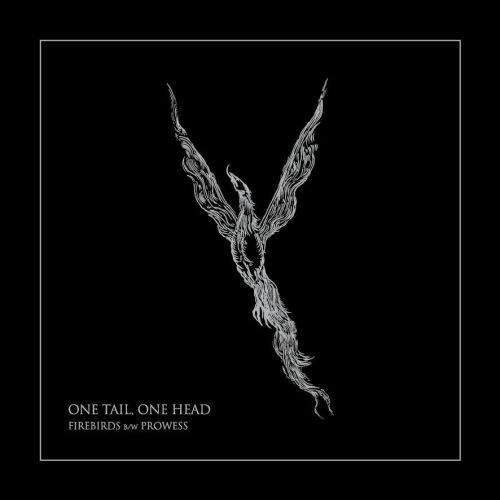 The next item I’ve chosen for this collection is a bit of a transition, in that it also includes some news about a forthcoming album, but is accompanied by a newly revealed song.

The band here is the Norwegian group One Tail, One Head, whose line-up includes members of Behexen and Vemod. I was late in discovering their two-track demo, Tandava. It was released in 2011, and I wrote about it (here) in 2015. I forgot about the band until August of this year, but was reminded then because of the release by Terratur Possessions of a two-track 12″ EP. At that time, the A-side track, “Firebird“, was made available for streaming, and I wrote about it here. And now the B-side track, “Prowess“, has also appeared.

In addition, OTOH guitarist Jan Even Åsli revealed information about the band’s forthcoming album through a very interesting interview with Bardo Methodology (here). Tentatively entitled World Open, Worlds Collide, it will include a different version of “Firebirds“, although “Prowess” is exclusive to the EP and will not appear on the album. I would guess, based on the interview, that the album won’t be released until sometime in 2018.

But to return to “Prowess“: It displays the creative collage of sensations that makes OTOH so hard to pin down, and so fascinating — a changing blend of berserker delirium, eerie and ominous spellcasting, and head-moving rock movements, with an array of wild and unsettling vocal expressions that matches the multifaceted richness of the music. I could hardly be more eager for the album.

Au Peuple de l’Abîme is the name of the debut album by the French band Heir (from Toulouse), who amalgamate a multitude of ingredients that include black metal and post-metal. It was released on October 20 by Les Acteurs de L’Ombre Productions. I only discovered the album through a link to it in an e-mail we received yesterday from LADLO, and so I haven’t yet given it the attention I think it deserves — and I think it deserves attention based on the one song I listened to on Bandcamp, the name of which is “L’Âme des Foules“.

The song hits like a typhoon. Immensely dark and heavy, the music spawns images of whipping winds and enormous storm surges crashing against craggy ocean cliffs. As the storm in the music subsides, the song becomes entrancing, though still dark and full of peril. When the thunder and the lashing begin again, piercing lead guitar melodies drive the emotional intensity of the music even further into the red zone. The closing minutes are just stunningly crushing, and accented by a solo that conveys a mood of wrenching anguish.

P.S. There’s a stream of the entire album on YouTube, and I’ve included it along with “L’Âme des Foules”. 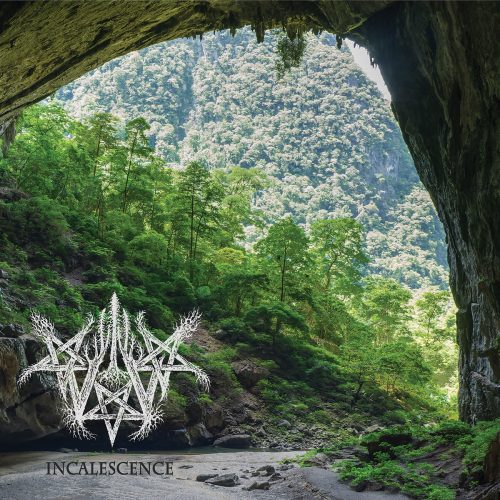 To close out Part 1 of this Sunday’s SHADES OF BLACK, I chose a just-released song called “Subterranean Premonitions“, which will appear on the second album by the one-man atmospheric black metal band Ovnev from Spring, Texas. Entitled Incalescence, it will be released on November 25 by Naturmacht Productions. These words appear on the Bandcamp page for the album, and presumably relate to the conceptual framework for the music:

“On a journey to Antarctica, a subterranean passage is discovered that leads to a lush, thriving ecosystem untainted by human life. An entirely separate atmosphere and climate than the surface. There is intelligent life in this place that is unknown to man but soon to be revealed.”

I was spellbound by Ovnev’s 2016 debut album Cycle of Survival, and I can feel the spell of the new one already beginning to work. When operating at full power, this enthralling new song has a sweeping, panoramic quality, manifesting a feeling of dramatic grandeur conjoined with melancholy. In its more subdued, acoustic passages, it has a contrasting wistful and introspective feeling, yet even here there is majesty and beauty to be found. The melodies are sublime… such glorious sorrow!

2 Responses to “SHADES OF BLACK (PART 1): HARAKIRI FOR THE SKY, MONOLITHE, ALMYRKVI, ONE TAIL ONE HEAD, HEIR, OVNEV”