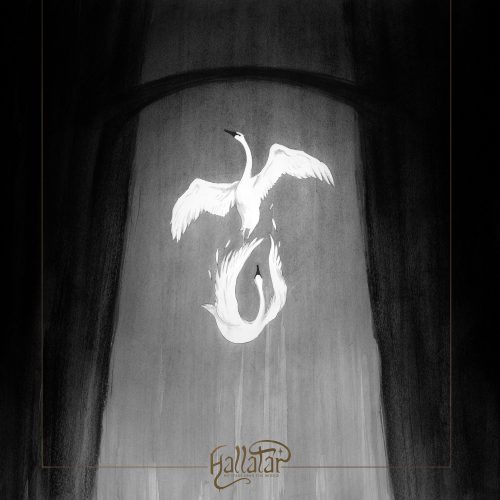 (Andy Synn prepared this review of the new album by the Finnish band Hallatar.)

Perhaps more than most, it’s important to understand a little bit about this album’s background and the context surrounding its creation.

In April 2016, several months before the eventual release of their debut album, Trees of Eternity vocalist Aleah Stanbridge (also a frequent collaborator with Swallow the Sun and Amorphis) sadly passed away.

Earlier this year her long-time partner Juha Raivio (also of Swallow the Sun) took some personal time away from his main band in order to immerse himself in the writing process for what would, eventually, become No Stars Upon the Bridge and, over the course of a single week, composed the majority of the material which you’ll find here as both a form of much-needed catharsis and as a eulogy to his lost love, whose lyrics and poems provided the basis for much of the album’s lyrical content. 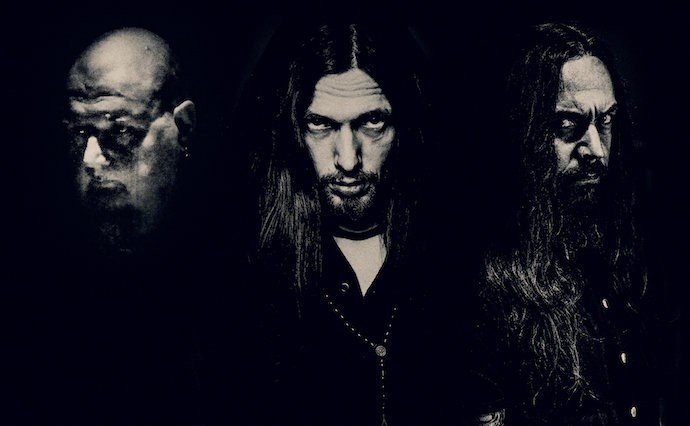 Unsurprisingly, given the tragic circumstances surrounding its creation, this is an album that frequently goes to some very dark, some very real places.

It helps of course that Raivio brought in two extremely talented individuals, Tomi Joutsen (Amorphis) on vocals and Mika Karpinnen (ex-HIM) on drums, to help him give life to his creative vision, both of whom go above and beyond on this album – particularly Joutsen, who delivers his most harrowing and most extreme performance in some time, giving voice to Raivio’s pain and anguish in impressively visceral style.

However, as bleak and as bitter as this album can be (and songs like desolate opener “Mirrors” and the utterly soul-crushing “Melt” are as tortured and tormented as anything I’ve heard all year), there are also moments of true beauty to be found amidst the darkness, such as during the majestic “My Mistake” (which also features the gorgeous vocals of Draconian’s Heike Langhans) or the sublime “Severed Eyes”… although even these pale in comparison to the heart-rending strains of closer “Dreams Burn Down”, which juxtaposes Joutsen’s grisly growl against the soulful singing of Aleah herself (whose voice can also be heard during the album’s various interlude tracks) in a manner which is truly heartbreaking.

And that, in essence, is perhaps the word that best sums up No Stars Upon the Bridge. While there may have been better albums released this year, none of them have been as heartfelt, or as heartbreaking, as this one.

No Stars Upon the Bridge is out now via Svart Records.

One Response to “HALLATAR: “NO STARS UPON THE BRIDGE””