And because the stream is on Soundcloud and Bandcamp, I’m installing it below. And there you will hear brand new songs by Arkhon Infaustus, Monolithe, Spectrale, and Heir — about which I’ll offer some unrequested impressions — plus other excellent songs from previously released albums by Au-Dessus, Time Lurker, Pénitence Onirique, Maïeutiste, and Pensées Nocturnes.

According to my own tastes, this is a superb acquisition. For those of you who will be present at the Hellfest Open Air Festival, you can get it in physical format, according to the label’s Facebook post. Fortunately for the poor unwashed masses who are unable to be at Hellfest (including me), it’s available on Bandcamp as a “name your price” download. 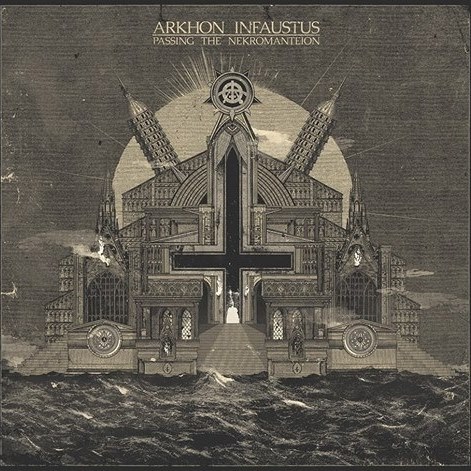 This is probably the most striking reveal on the Les Acteurs de l’ombre Productions  sampler, because a full decade has passed since the last release (Orthodoxyn) by this French black/death band. The song included in this compilation is “The Precipice Where Souls Slither“, and according to the band’s Facebook page it will appear on an EP entitled Passing the Nekromanteion. I haven’t found a release date yet.

“Ferocious” is a mild word for this new song. It thunders and roars like a malignant storm, with hurricane-strength riffs matched in their intensity by the voracious fury of the vocals. On the other hand, though the song is stunningly barbarous, the music also heaves and groans with chilling black power and segues into stately passages of bleak melodic grandeur. Really quite amazing.

Unlike Arkon Infaustus, the French band Monolithe have been releasing new music at a steadier clip, and more is coming. Their new song is “Burst In The Event Horizon“, though I don’t know whether this is simply a new single or an advance track from a longer new release, though I suspect the latter.

Every song on Monolithe’s last two albums was exactly 15 minutes long. This new one is only about half that, but mesmerizing nonetheless, its sweeping, intense melodic vibrations soaring over a prominent bass pulse, building an atmosphere that’s majestic, cosmic, and  frighteningly foreboding. The vocals are strikingly (and terrifyingly) powerful as well.

Spectrale are a French duo from Bordeaux who (according to their FB page) claim influence from a fascinating collection of names:  Steve Reich, Ulver, Pink Floyd, Cheval de Frise, King Crimson, Magma, Moondog, Philip Glass, Brian Eno, Sunn O))). Their new song on the sampler is “Andromede“, which the band say will appear on a forthcoming debut album.

I can appreciate the selective, eclectic, high-quality taste of these musicians as reflected in the naming of their influences, but what of their own music? It’s quite a change from the two new tracks discussed above — hauntingly beautiful rather than terrifying. The violin-led melody in the song’s first section, set against acoustic picking, is simply gorgeous, though achingly melancholy. When a pair of acoustic guitars later take the lead, the song becomes bright and buoyant. A wonderful piece of instrumental music…. 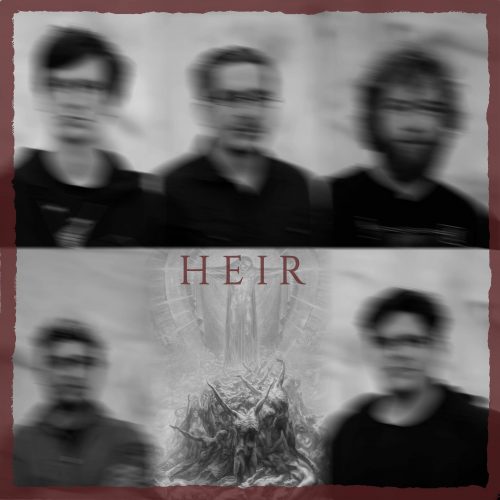 Unlike Spectrale, I’ve had a previous encounter with Heir, a five-piece group from Toulouse. In the spring of last year I came upon their self-released, three-song debut EP, Asservi, about which I commented:

“On top of the dynamic changes in style and intensity, the songs also display noticeable instrumental intricacy and flair while preserving an overarching atmosphere of darkness — from wrenching despair to forlorn grief. There’s a lot of somber beauty in this music (especially in the middle track, “Upon the Masses”) as well as typhoon-strength storming. Asservi is a very impressive debut, and I suspect we will all be hearing a lot more about Heir in the future.”

O how nice that my suspicion was vindicated.

Their new song on this comp is “L’Ame Des Foules” (which seems to mean “The Soul of the Fowls”, according to the occasionally accurate Google Translate). Ripping and raging with gale-force intensity at the start, the song’s howling winds eventually subside, making way for music that conveys despondency and anguish. When the storming resumes, the throat-shredding vocals reach new heights of intensity, and when the pace slows once more, there’s an amazing guitar solo waiting for you. Actually, the whole song is amazing.

And here’s all the music. Don’t just listen to the songs I’ve commented on (as if you would), because the whole sampler is great.