I devoted last week’s Rearview Mirror post to Unanimated, and it seemed only natural to follow that one with this week’s feature on Dawn — another early Swedish band whose music evolved from death metal toward melodic black metal, producing albums between 1994 and 1998 that are still revered today and who are still hinting at a further album to come, although when that will happen remains a mystery.

Dawn’s first three demos were released during 1992 – 1993, and those were followed in 1994 by their debut album Nær sólen gar niþer for evogher (“when the sun goes down forever”). After a split with Pyphomgertum and a 1996 EP, Sorgh på svarte vingar fløgh (“Sorrow flew on black wings”), the band released their widely acclaimed second album, Slaughtersun (Crown of the Triarchy). That was in 1998, and Dawn haven’t released anything new since then. 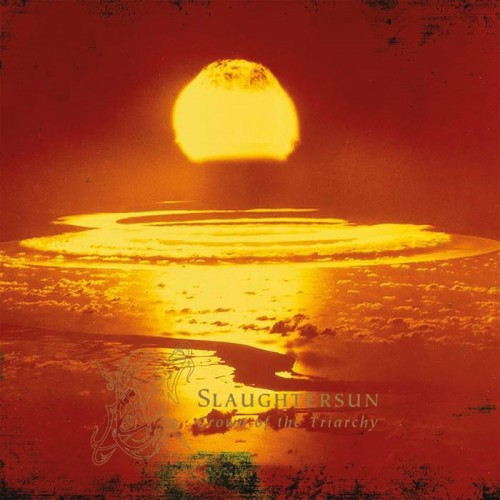 A lot of talented people have passed through the ranks of Dawn over time, two of whom have been in the fold since the beginning — composer/guitarist Fredrik Söderberg and vocalist Henke Forss. Drummer Tomas Asklund (Gorgoroth, ex-Dissection, ex-Dark Funeral) is also still listed as a current member of the band, though he joined forces with Söderberg only after the release of Slaughtersun and hasn’t yet appeared on any of Dawn’s recordings.

As for further releases, the band announced in 2003 that a new one named The Fourfold Furnace was in the works, and at one point it was projected for release in 2008, but that obviously didn’t happen. In the most recent interview I found of Fredrik Söderberg (in January 2015), he said:

“I started to write new material at the end of 1999 with Tomas Asklund (Dark Funeral). We had an almost full album ready in 2002 and a deal with War Music Records (Wrong Again). Then they went bankrupt as many labels did back then.

“Then we signed a new deal with MNW Records in Stockholm in 2003 and a year later they also went bankrupt. Then Tomas started to work with Dissection and made the album Reinkaos followed by long tours etc. I took a break from music 2004-2005. I returned and listened to tapes we had done and kept some of it in 2005 and started to seriously play and practice in a more obsessed way, which ended up in five new very different songs for the Fourfold album. Tomas started to build his own studio (Studio Monolith) 2006. He made a lot of sessions and ended up being a recording member drummer in Gorgoroth until june 2014. The years have passed by with lots of other stuff but I have always continued to play and kept the contact with Tomas and Henke. Now we have started working and be active again with the Century Media re-issue project as a start.

“We are working on a new album at Studio Monolith. We have maintained some elements but this album is darker, melodic and epic. I have changed the guitar playing alot with more tremolo strumming picking riffs and lots of classic guitar music influences, a vision i always wanted. The drums are faster and sometimes more intense than Slaughtersun. Song structures are far better but I still wanted to keep that hypnotic feel from the past. Some of the songs are over seven minutes. There are more keyboards and orchestration on this album but still just to give the riffs and songs an overall better feel to them. I have also mixed in a lot of acoustic guitars. I have just looked forward and we have tried to take our music to the next level.”

Of course, the music was at a very high level even before Dawn’s seemingly endless hiatus. 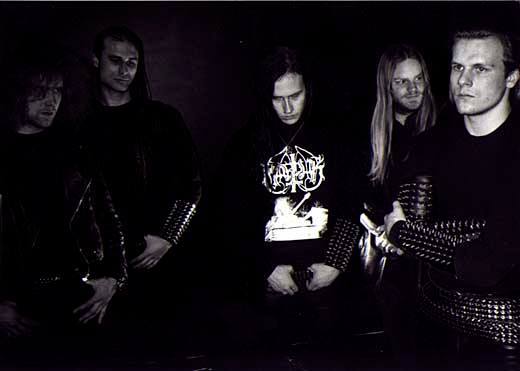 Dawn, circa the Sorgh EP era….

Moving backward in time, I’ve collected below what I suspect are the three of the best-loved songs from the amazing Slaughtersun, followed by a couple of tracks from Nær sólen gar niþer for evogher and a YouTube clip that combines the intro track from the Sorgh… EP and the first full song that follows it, “Sorrow Flew On Black Wings”.

Like Unanimated, Dawn have been bedeviled by the clamoring of fans for more music and incessant questioning about when The Fourfold Furnace will be released. Of course, the only reason this is still going on after so many years is the stature of what the band did before, and particularly Slaughtersun. There may be a hundred reasons for the delay, but I wouldn’t be surprised if the band’s desire to live up to the expectations of fans is among them. That would only be natural.

In addition, Slaughtersun has been followed by almost 20 years of change in the trajectories of extreme metal, and that has to be taken into account, too. What might have been stunning in a follow-up release in 2000 might not be as striking in 2016.

While we wait, Dawn’s previous releases still make for damned good listening, notwithstanding the nearly two decades of change in extreme metal. They’ve stood the test of time.

THE KNELL AND THE WORLD

10 Responses to “THE REARVIEW MIRROR (DAWN)”