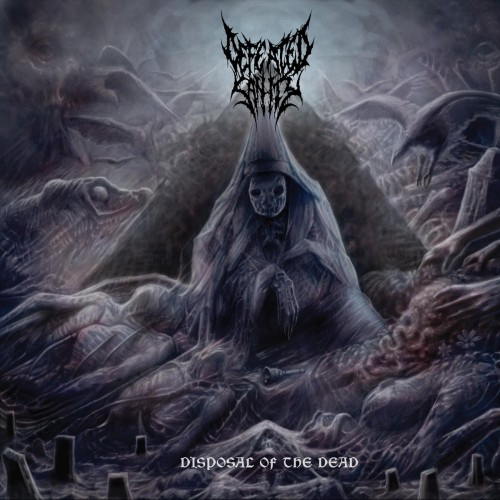 (Austin Weber introduces our premiere of a new song from the new two-part album by Germany’s Defeated Sanity.)

Legendary German brutal/technical death metal unit Defeated Sanity need no lengthy introduction at this point; the band have long since proven their craft over a span of many years, over time growing more sophisticated and refined with each release. Their career so far has culminated in their upcoming release, Disposal Of The Dead // Dharmata, which the band have dubbed a “split with themselves”– an assertion that rings true, if you give me a moment to explain.

The first half of the album is a tried-and-true slab of crushing Defeated Sanity tunes as they normally sound, albeit a bit more stripped-down at some points — but I dig it. Then, the second half is the band experimenting with tracks that are inspired by, and pay homage to, old-school progressive death metal sounds of old, such as Cynic, Death, and Atheist. For these tracks, the band recruited Max Phelps (vocalist/guitarist for Exist, and a live performer with both Cynic and Death To All) to perform his similar-to-Chuck-Schuldiner screams over-top these songs. 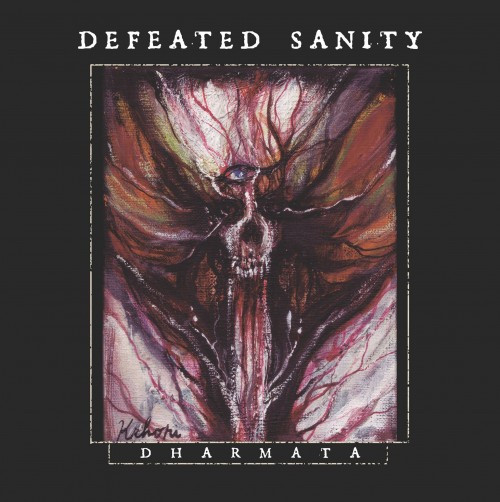 The song we are premiering today, “The Quest For Non-Existence”, comes from the old-school and prog-death-metal-influenced half of the record, and might come as a surprise to anyone expecting the ravenous sound they usually hear Defeated Sanity churn out. There’s a lot of fun to be had throughout the song, in all its thrashing and proggy old-school-channeling glory. This is Defeated Sanity like you’ve never heard them before, and it’s an experiment that definitely works in spite of sounding surprising on paper.

If you like what you hear, Disposal Of The Dead// Dharmata comes out on July 22nd through Willowtip Records. Here’s the track list:

You can pre-order the album here:

And below our premiere, we’ve included all of the other previously released tracks from the new album.

7 Responses to “AN NCS PREMIERE: DEFEATED SANITY — “THE QUEST FOR NON-EXISTENCE””