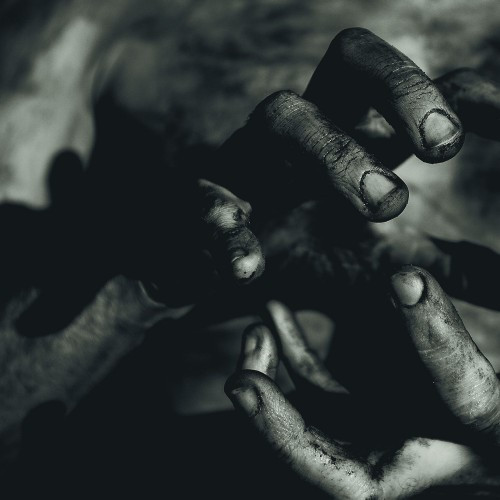 Like the grime clinging to those gnarled, grasping hands on the cover of the debut album Failure, Subside by Australia’s Départe, dark emotions hold all of us in their grip from time to time, and sometimes perpetually. In the band’s words, those “feelings of guilt, loss, anxiety, fear, and defeat… are intimate, almost claustrophobic, clinging to us like dirt – we hold them close, swallow them, hide them away like scars for fear of the shame that comes from the exposure of weakness”. Départe plumb the depths of those emotions on Failure, Subside, yet as you’re about to discover, they do not drown in them.

The album won’t be released until October 14 of this year, but to begin introducing you to it, we are working with Season of Mist to bring you the premiere of a song called “Vessel“. At the risk of giving away something surprising and significant about the song, we introduce it through this comment by vocalist/guitarist Sam Dishington: 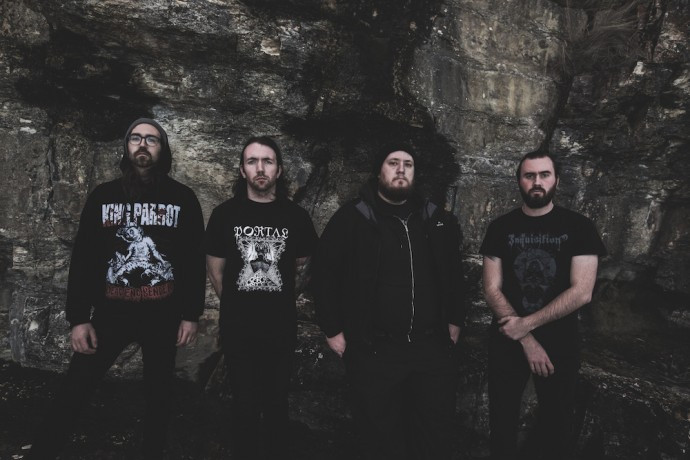 “Our new track ‘Vessel‘ is a reaction to deeply entrenched feelings of isolation and futility. It deals with the despair of being stranded in that place, that void, and even still finding peace, stillness, and victory, drawing you out into the light. From a musical standpoint, ‘Vessel‘ is quite broad, touching on many of the elements you can expect to hear throughout the rest of the album. Dark, crushing and dissonant, yet in the same breath powerful and emotive.”

The music on “Vessel” does indeed represent a transformation. It begins with a storm of racing guitars and thundering double-kicks, punctured by slow snare beats. As the torrent of sound subsides, eerie dissonant notes and scarring howls come to the fore. The energy and intensity of the song ebb and flow, like a tide of congealing blood below a fog bank of hallucinatory vapors. The atmosphere becomes increasingly nightmarish and disturbing, eventually building to a blackened death metal cacophony of swarming riffs and rumbling percussion, with Dishington’s voice rising to an anguished shriek of despair.

And then the song begins a transformation, starting with an extended instrumental bridge in which the bass beats like a heart. Gone are the harrowing howls and heartless roars, and in their place passionate clean vocals emerge. And along with a subsidence of dissonance in the melody, they seem to represent rays of sunlight that have managed to find a way through a sky of heavy, oppressive clouds — or a strong breath after a choking suffocation, an expression of defiance in the face of crushing pain.

Départe was originally formed in 2011 in Hobart, Tasmania, under the name Ørranis. Their sound has evolved since then, as reflected first in their two-track demo MMXIV and even further still in this debut full-length, which integrates elements of death metal, black metal, post-metal, and progressive metal.

Failure, Subside will be released by Season of Mist on October 14, and the album can be pre-ordered on CD and vinyl HERE. Below you will find the track list, the identity of the band’s members, a schedule of Australian tour dates with No Haven in support of the album’s release this fall, relevant web links — and then, of course, this powerful new song.