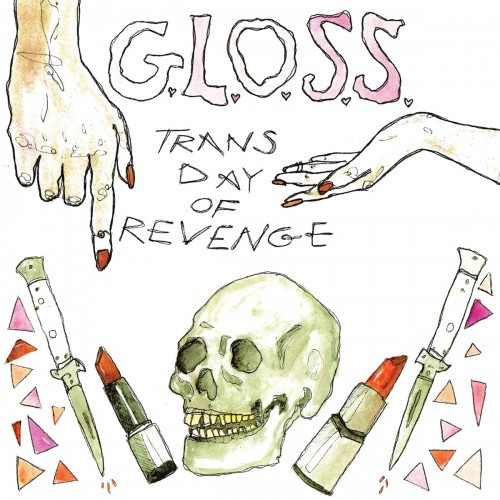 (NCS contributor Todd Manning returns to NCS with these recommendations of recent hardcore releases and reissues.)

If Black Metal has staked its claim to the heart of winter, maybe Hardcore, Punk, and Grind should do the same for the dead of summer. This latest batch of releases does nothing if not invoke the atmosphere of furnace-like basement shows and all the blood, sweat, and beer that comes along with the territory. As Metal labels seem to take a breather from their first-quarter release schedules, their feral counterparts are here to take up the slack.

And perhaps you’ve heard of this first act, seeing as how they’ve been receiving quite a bit of attention. The second release from G.L.O.S.S., Trans Day of Revenge, is an exhibition of absolutely unhinged Hardcore Punk, seething with the type of anger and outrage that is the lifeblood of the genre. There is a loose ferocity to their sound that places a premium on emotion over precision, but in this case that’s definitely a good thing. Focused on LGBT issues, their focus is laser-sharp and timely and should not be slept on. This release as well as the first demo are both available on Bandcamp at the name-your-price level. 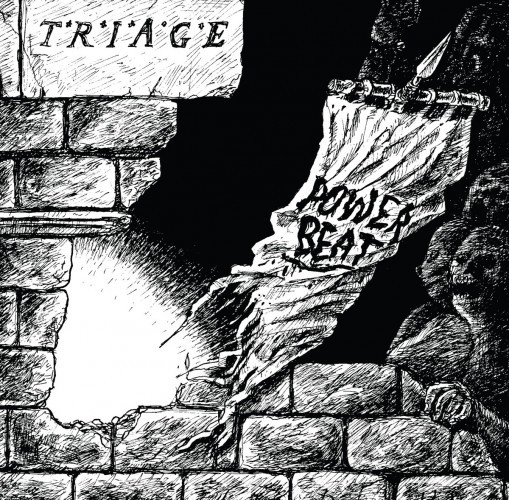 I first came across this next one on the Maximum Rock and Roll podcast and it’s also available for cheap on Bandcamp. This is the Power Beat 7-inch from Toronto outfit Triage. Another short rager, Triage sounds a bit like a sped-up Nausea, which is certainly not a bad thing. They have a knack for being brutal yet catchy and feature some short but cool guitar leads as well. They do a great job of being quite heavy without resorting to the Metal playbook. Give them some of your time and money. 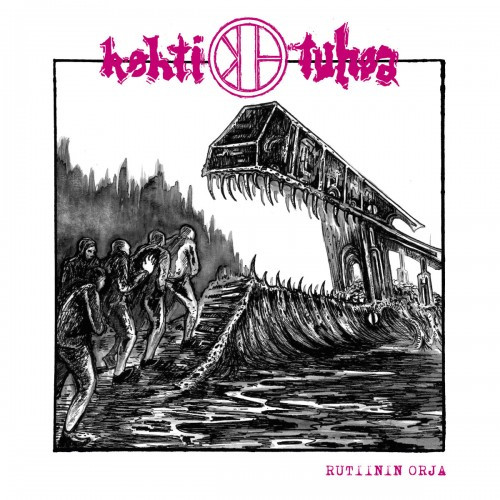 A higher-profile release is the debut album from Finnish D-beat unit Kohti Tuhoa, Rutiinin Orja. Clocking in at just under twenty minutes, this leaves nothing but scorched earth in its wake. While not a Grindcore band, pure paint-peeling velocity is still the weapon of choice, somewhat similar to the seminal Drop Dead. Vocalist Helena also turns in an absolutely killer performance, spitting insane amounts of vitriol while adding any number of flourishes to create some truly memorable moments.

Lyrically, everything appears to be in Finnish, but outrage, angst, and anarchy know no borders and the listener can easily gain a sense of where exactly this group is coming from. This one come courtesy of Southern Lord and is available in all the usual places. 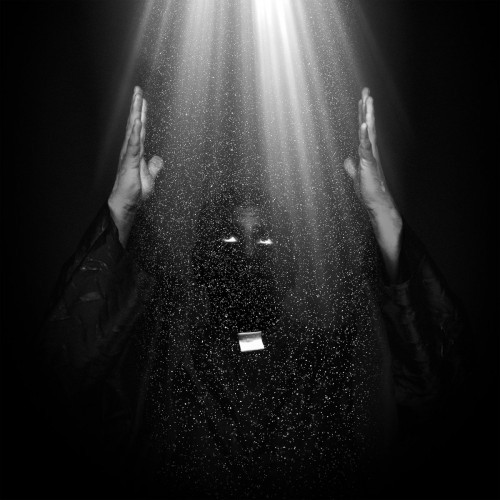 Speaking of Grind, anyone who finds the current crop of bands who are getting most the press too precise and metallic will be happy to welcome a new Powerviolence unit. A supergroup of sorts, sporting a resume that includes former/current members of Municipal Waste, Spazz, Discordance Axis, and so on, Deny the Cross knows how to hit all the sweet spots with their debut Alpha Ghoul. Fans of Crossed Out, Gauze, and Black Army Jacket take heed. 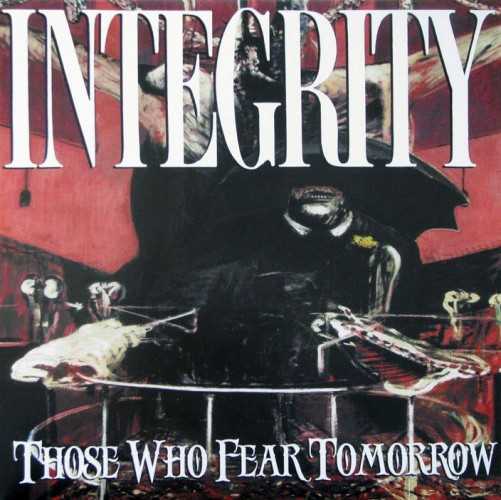 While it’s awesome to see new bands continuing to pump blood into the scene, there are also a couple of reissues worth noting. First up is legendary Cleveland unit Integrity, whose seminal LP For Those Who Fear Tomorrow, which came out no less than twenty-five years ago, is being reissued on August 5 by Magic Bullet Records with remastering by Brad Boatright. A seminal album in the much maligned Metalcore genre, it’s easy to see why so many were inspired by this album, even if they failed to produce anything nearly as powerful as Integrity. Sure, there are more breakdowns on this thing than you can shake a stick at, but there is a wild-eyed ferocity and seething anger that still feels vital today. 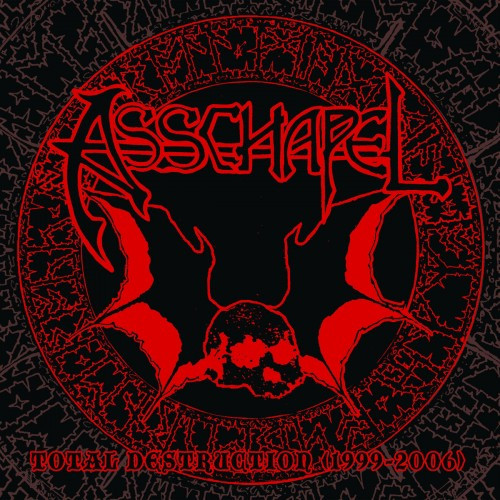 Also of note, Southern Lord is reissuing the discography of Asschapel in the form of Total Destruction (1999-2006). People often think of Thrash as a purely Metal phenomenon, forgetting that it shares a parallel lineage in Hardcore circles as well. Asschapel could thrash with the best of them, and were insanely heavy as well, but they undoubtedly came from the Hardcore scene. As the band matured, they began to incorporate additional elements to their sound, bits of Neurosis-inspired apocalyptic moments as well as more traditional Punk underpinnings, but no matter what, they always destroyed everything in their path. These guys are legendary and anyone not on board yet needs to get this.

Finally, for the truly Old School, Dischord Records has put up their catalog on Bandcamp to stream for free or purchase on the cheap, and this is pretty amazing stuff. I admittedly was pretty Metal-centric when most of these releases came out, but the intervening years have certainly expanded my tastes and I’ve been gorging on these records as of late. I would encourage you to do the same.

One Response to “SOME HARDCORE…”