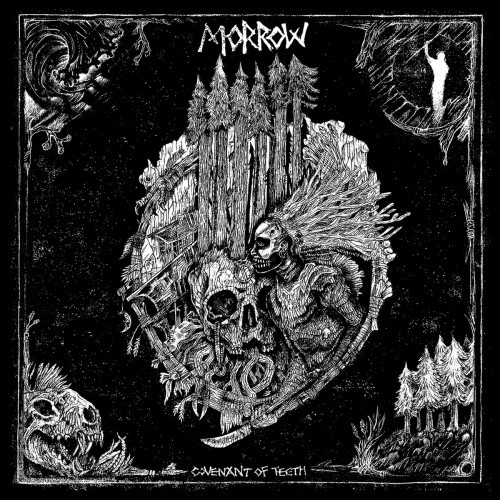 By not seeking to live off of post-apocalyptic distortion alone this London-based sludge band captures an atmosphere almost as mournful as a doom band.

Past affiliations have led to characterizations of Morrow as a crust super-group. Crust seems to be a hot buzzword when it comes to underground metal these days. The only time I hear this crusty side of the band is when they speed up with more punk energy toward the end of the first song, “Fathom”. They take their time getting started, as it’s 4 minutes in before the drums lay the ground-work to the melancholy. The cello on this song really adds more emotion. 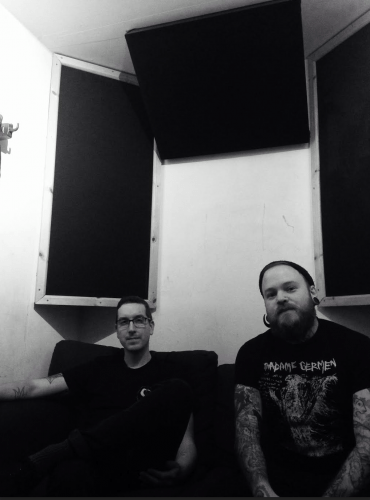 The crust roots of this band are prodded to life once again when “The Norr” steamrolls over you with ravaging sound. This band benefits the most from slowing down out of the punk charge and bathe in the darker melodies with which they weave sonic tapestries.

The vocals on this album are varied, thanks to the endless stream of guest vocals this album is brimming over with. It features appearances from Natalie of Wildspeaker, Oskar and Erik of Monachus, Lee of The Nepalese Temple Ball, Dean of Knifedoutofexistence, Joe of Masakari, and Anna from Archivist. Generally the vocals are kept in a low throaty roar.

The guitar is just as capable of providing a range of sonic color with the clean indie-rock jangle added to the heavier, distorted crunch that drives the point home. “Forgiving Grin” is darker than the previous song; it eventually storms off into the punk-fueled corner where the album goes to throw most of its temper tantrums. It is in the last minute of “Forgiving Grin” that the song converges to its most powerful point; these are the places that balance out the rowdier punk moments

The band ebbs down into a more introspective tone going into the song “Cleaved Fang”. The guitar takes a solemn strum against the backdrop of weeping cello, before the rest of the band kicks with their lurching sludge. Midway into the song it breaks down to shine the spotlight on the narrative of the vocals. The song is well-arranged, with lots of room to breathe.

The album feels really good in painting a place filled with introspective shadows, and I enjoyed my time spent with it. Overall this band may have crust-punk tendencies, but at the end of the day the songs win out and are not encumbered by the boundaries of the sub-genres other bands might slavishly adhere to. This album finds a balance of beauty and emotional heaviness for more thoughtful metal heads.

Halo of Flies and other labels are releasing this album September 2nd. It’s available digitally now.