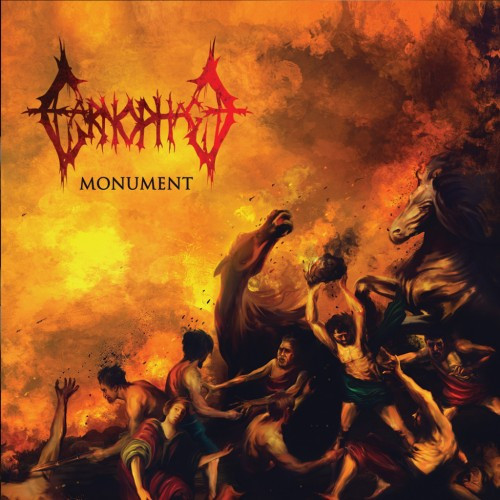 Unique Leader has discovered yet another death metal band capable of dropping jaws with their technical skill, but as you’re about to find out, this band have talents that go beyond their ability to spit notes and beats with speed and precision. The band’s name is Carnophage and they are from the ancient city of Ankara, Turkey. Their new album bears the title Monument, and Unique Leader will release it on September 23.

This isn’t the first album by Carnophage, but it is the first one in eight years, with the band’s debut (Deformed Future/Genetic Nightmare) having appeared in 2008, also via Unique Leader. In those eight years, it’s fair to say there’s been a Vesuvius-like eruption in the number of bands who could be branded with the “technical death metal” label. But they haven’t all been cut from the same cloth. And although there is a high risk of reaching a saturation point, it’s still possible to stand out from the crowd.

It you happened to hear the first advance track from this album, a song called “At The Backside Of Our Civilization”, you already have an idea of the ways in which Carnophage have elevated themselves from the masses with this new album. We’re giving you further evidence today, as we present the debut of another song, this one named “Resistance Against Mind Clouding Heresy“. 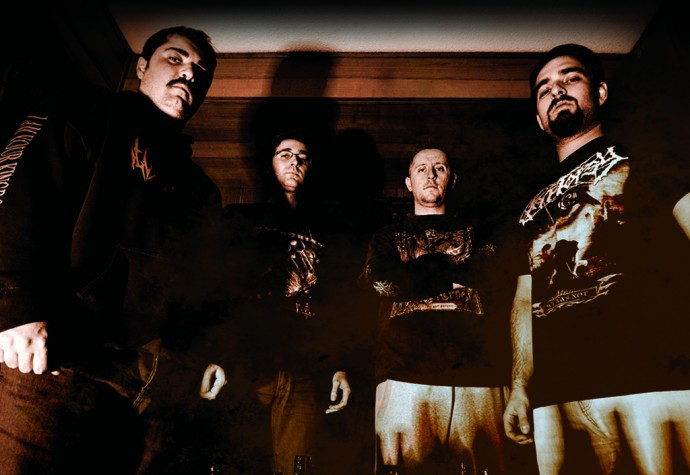 Like every other high-level genre label, “technical death metal” has become an amorphous term. In the case of Carnophage, as revealed on this new song, the blazing speed, rapidly mutating fretwork, and turbocharged drumwork are put to use in creating music that’s both kaleidoscopic and brutally bludgeoning. The song hammers like a pile-driver, and the vocals are convincingly gruesome and barbaric, but the guitar work is so intricate and inventive that the music is also capable of twisting your neurons into new configurations and setting off fireworks behind your eyes.

The band also find room for tendrils of bleak, ominous melody that generate a foreboding atmosphere of inhuman threat, while keeping listeners off-balance with unpredictable changes in tempo and time signature. It’s a hell of a trip, and one that flies by so fast and furiously that it’s an easy call to turn around and take the trip again and again, not only to pump more adrenaline into your bloodstream but also to find out what you missed the first time.

The striking cover art for Monument was created by Cihan Engin. The album was recorded by Unsal Ozata at Studio Deep (Burial Invocation, Cenotaph, Decaying Purity, Inhuman Depravity, etc.), and it was mixed and mastered by Sasha Borovykh at TsunTsun Productions (Cerebral Effusion, Soils Of Fate, Epicardiectomy, Fleshbomb, etc.).

The album will become available for pre-ordering HERE.