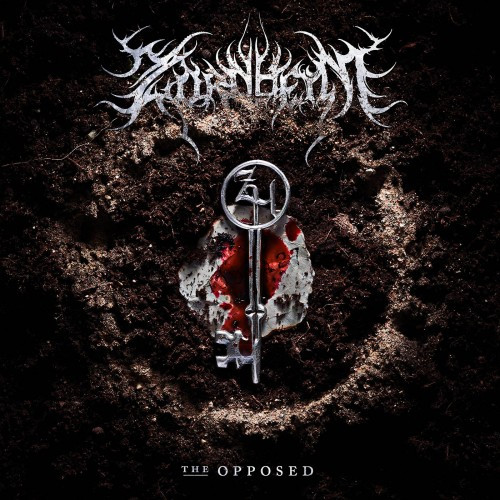 Zornheym is the name of an ambitious new musical project out of Sweden, the brainchild of multi-instrumentalist and songwriter Zorn, whose resume includes time with Dark Funeral, Devian, and another personal project, Aktiv Dödshjälp. The band’s line-up is completed by vocalist Bendler from Facebreaker, guitarist and musical arranger Scucca, and Diabolical ‘s drummer Angst.

What you’re about to hear is Zornheym’s first single, “The Opposed“, which is being released today on digital platforms by the Dutch label Non Serviam Records. The song is part of a concept elaborated in a forthcoming album which revolves around the horrors of the Zornheim mental institution and its inmates. When the album arrives, it will be accompanied by a comic strip created for each track by artist Anu Bring (Märvel, Evil-lÿn, Satan’s fall). In addition, the music features a live string section (performed by Dies Iona Ensembly) and a full choir. 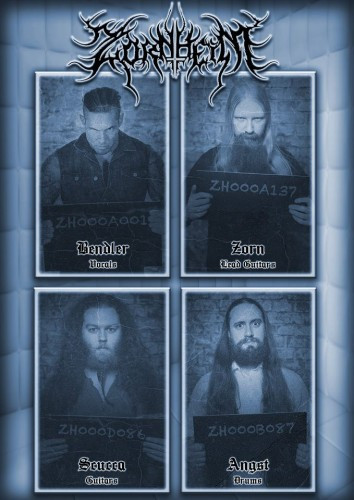 “The Opposed” sets the stage for a diabolical pageant. The music is dramatic, richly textured, and infernally majestic. The symphonic components of the music are integral to the bombastic power and cinematic sweep of the song, but they are also seamlessly integrated with the extreme metal elements of the music, rather than functioning as a half-thought-out add-on of the kind found in some other forms of symphonic black or death metal. This song loses none of its savagery through the addition of strings and choir, and the music is high-octane headbang fuel as well.

The riffs in “The Opposed” are electrifying , the rhythms jolting, and the vibrating tremolo leads frenzied and poisonous — while the vocals summon up images of a goblin horde thirsting for blood. The song also includes a wonderful melodic guitar solo as it builds to a powerful crescendo. In a nutshell, this meticulously crafted track is a hell of a riveting introduction to Zornheym and the new album.

Both the single and the forthcoming album as a whole were recorded and mastered by Sverker Widgren (October Tide, Demonical, IXXI, Diabolical), with cover art created by photographer and designer Jens Rydén (Marduk, Thyrfing). For more information, check the links below:

2 Responses to “AN NCS PREMIERE: ZORNHEYM — “THE OPPOSED””