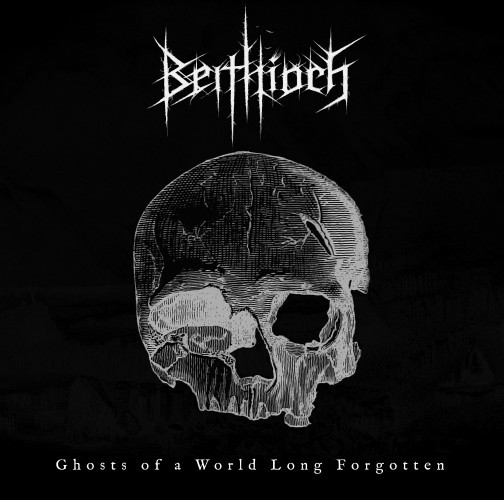 Regular readers of my verbiage may have concluded that I live in a state of perpetual enthusiasm about metal. That isn’t true, but because all of us here only devote our scribblings to music that does make us enthusiastic, I could understand why people may think that. How then can I adequately explain how really, really, ultra-enthusiastic I am about the new Beithíoch song I’m about to deliver unto your ears?

There is something about this track, the name of which is “The Hunter’s Invocation“, that has made it leap like a beast from the shadows and seize my imagination, as I hope it will yours — something that makes it not merely a satisfying union of black, death, and doom metal but also unusually distinctive.

Shrouded in the crackle and hiss of distortion, the song bolts from the gate immediately, with a flurry of rapid-fire riffs and the rushing pummel and crash of drums and cymbals. One of the aspects of the track that makes it so distinctive soon arrives, as a fast, writhing guitar lead makes its appearance like some kind of fire elemental, eventually joined by a second guitar, their melodies intertwining in a way that’s fascinating.

After a pause, which allows the distortion to swell into a noxious cloud, the song mutates through the advent of a very catchy darting riff, anchored by the huge boom and crash of percussion and massive, sledgehammer bass blows. A deep roaring voice finally makes its presence known. A high guitar lead infiltrates this section as well, and it begins to twist and morph into sinuous, serpentine shapes as the music assumes an even more bleak and doom-shrouded ambience, becoming increasingly slow, dissonant, and staggering, until everything collapses at the end.

“The Hunter’s Invocation” appears on a new Beithíoch album (their fourth) called Ghosts of a World Long Forgotten, which follows Beithíoch ‘s 2015 full-length, Conquest. It may be unusual in this day and age to find a band releasing two albums with less than a year of separation between them, but that should not be taken as a sign that the songwriting on Ghosts was rushed or the music insufficiently thought-out. To the contrary, from what I’ve heard of it so far, Ghosts represents a dynamic and compelling evolution in the band’s sound, even as compared to Conquest.

To whet your appetite further for this album, I’m including streams of two more previously released songs from this new full-length after our premiere of “The Hunter’s Invocation”. The album will be released in early September by Hi Arc Tow. For more info, check these links:

3 Responses to “AN NCS PREMIERE: BEITHÍOCH — “THE HUNTER’S INVOCATION””