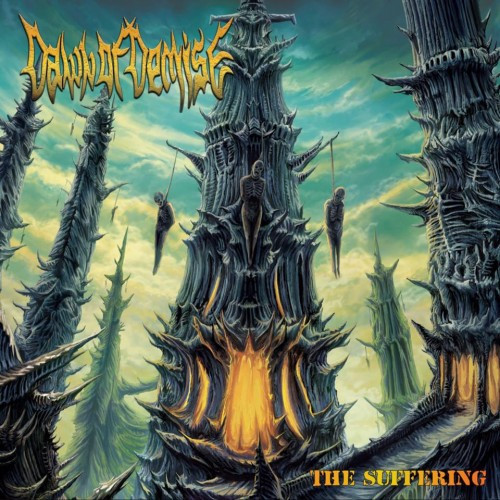 On August 26, Unique Leader will detonate a brutality bomb, releasing a new album named The Suffering by the Danish punishers in Dawn of Demise. The album arrives in the 13th year of the band’s career and is the one about which they are most proud. When you hear it, it won’t be difficult to understand why they feel that way — and hear it you shall, because this post includes the debut of a full album stream a few short days before the official release.

The album includes 11 tracks, which were engineered, mixed, and mastered by Tue Madsen (The Haunted, Behemoth, Aborted, Leng Tch’e, Moonspell, et al) at his Antfarm Studios. And while the Unique Leader label has been home to some of the world’s most blisteringly technical death metal bands, you’ll find this album was cut from a different cloth. 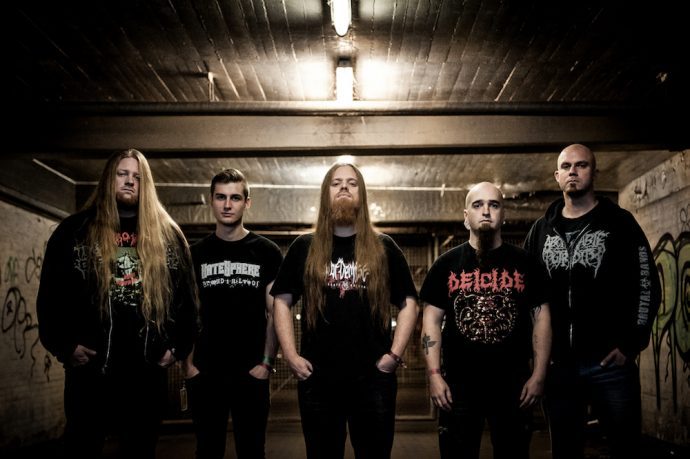 Dawn of Demise are specialists in a style of massively bludgeoning death metal, and they begin the task of fracturing the skulls of listeners into smithereens from the very first track. “Sadistic Gratification” is a phalanx of sledgehammer grooves mixed with rapid-fire riff and drum jabs, laced with ominous melody and voiced in a mix of barbaric growls and gruesome, guttural gurgles.

The enticing punishment proceeds full-throttle from there, with the band continuing to mix pavement-cracking percussive power and fusillades of militaristic riffing. But don’t be misled into thinking that the songs are clones of each other. The sinister title track, for example, is a mid-paced über-stomp threaded with poisonous tremolo riffing and insectile, darting notes. “Deride the Wretch” moves into more overtly slam territory, while mixing piranha swarms of guitar derangement in among the atonal, spine-fracturing hammer blows, while “The Process of Killing” launches like a rampaging tank attack and “Predation” is a jolting, up-tempo affair that hits like a big nail gun set to run on full auto.

Serpentine guitar solos also slither through the music, giving the songs a sinister melodic dimension – but let’s not kid ourselves. The main aim of this brand of death metal is to deliver brutally punishing but irresistible grooves accompanied by galvanizing guitar and drum explosiveness — and in that aim The Suffering fully succeeds. This is a first-class ticket straight to headbang city (and possibly the trauma ward at your nearest hospital), produced in a way that gives the sound a clear but still overpowering impact.

To pre-order The Suffering on CD or vinyl, go here, and to obtain a digital copy, go here.

One Response to “AN NCS ALBUM PREMIERE: DAWN OF DEMISE — “THE SUFFERING””