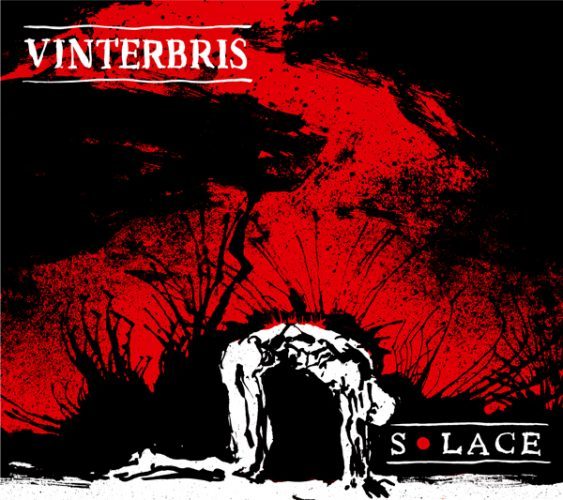 In 2014 we wrote repeatedly about a superb album called Solace by Norway’s Vinterbris. What first drew our attention to the album even before hearing the music was the artwork created for Solace by an artist we greatly admire, Kim Holm. In addition to a cover piece, Holm created separate illustrations for each song on the album (which we collected in one place here). Having been lured into the album by this artwork, we found the music to be a treasure as well. We even included a song from Solace on our list of 2014’s Most Infectious Extreme Metal Songs.

We now have a fine occasion to revisit Solace because Triton’s Orbit will be reissuing the album next month in a slipcase edition featuring Kim Holm’s artwork, and in advance of that release Vinterbris have also made available their first lyric video, for a song on Solace called “Gazing At A Fallen Sky” — which we are happily premiering below. 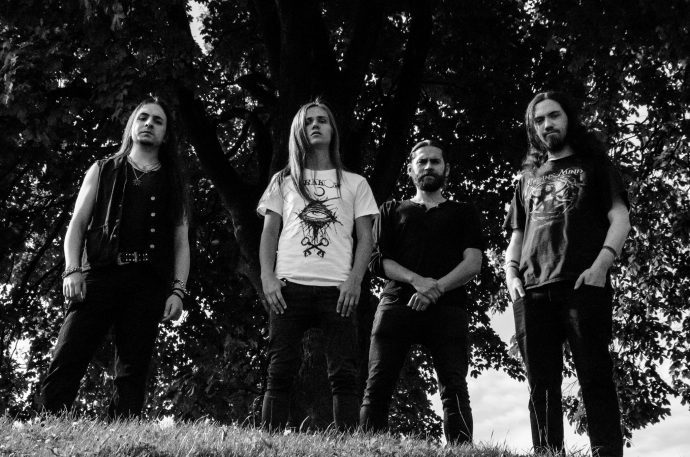 If you haven’t heard this song, it’s a grabber right from the guitar fanfare that launches the track, and the pulsing blackened energy that follows the introduction maintains a firm grip throughout. Jolting guitar, bass, and drum work coupled with ferocious vocals surround a heroic melody accented by a soulful guitar solo. It’s the kind of vibrant and vital music that sends an electric charge through listeners, and a reminder of why Solace was such a highlight in the year of its original release. If you haven’t yet discovered its manifold strengths, now is the time to do that.

The slipcase edition of Solace will be released by Triton’s Orbit on September 16 and can be pre-ordered at these locations:

4 Responses to “AN NCS VIDEO PREMIERE: VINTERBRIS — “GAZING AT A FALLEN SKY””