Recipe for success: one part Bolt Thrower, one part Earth Crisis, one part Swedish Death Metal (of the more melodic variety), and a heavy helping of Germanic thrash. Garnish with relevant philosophical and socio-political themes and roast for 15-20 years in a blaze of righteous fury.

It’s a recipe which has served Heaven Shall Burn extremely well over the years, and, though there have certainly been some valid criticisms of the band for sticking too closely to their own formula at times, it’s one that’s been responsible for keeping the German firebrands right at the forefront of the European Metalcore scene (which, with its slightly more raw and Death Metal influenced sound, I’ve often considered to be subtly distinct from its eventually more commercialised American cousin).

So I don’t think it would have surprised anyone if, on their eighth full-length album, the band had simply elected to continue with the same sound which made Iconoclast, Invictus, and Veto so successful. Why fix what isn’t broken, after all?

But… unexpectedly… that’s not exactly what happened… 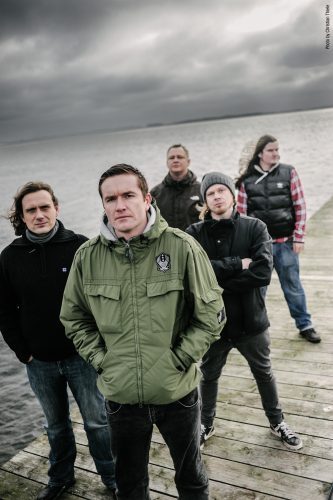 Now I’m not for a minute suggesting that the band have suddenly changed or evolved into some hitherto unknown form, or that they’ve made any significant alterations to their core sound and identity. But from the moment that “Bring the War Home” kicks into high gear (following the stompy, scene-setting introduction of “The Loss of Fury”) it’s obvious that this is the most overtly Death/Thrash influenced Heaven Shall Burn have been since the days of Whatever It May Take.

It’s far from alone in this respect, as both the more refined “Passage of the Crane” (with its touch of old-school Melodeath influence) and the truly thunderous “They Shall Not Pass” (which could easily find a place on Crowned in Terror or The IVth Crusade) continue to channel the band’s early influences in a manner which feels altogether fresher and more revitalised than it has any right to be, while “Prey to God” (featuring a certain George “Corpsegrinder” Fisher) is easily the most straight-up Death Metal monstrosity the band have put to tape since… possibly ever.

I’ll grant you that there’s a slight drop-off in overall quality in the second half of the album, as both “Save Me” and “Extermination Order” – though not without their charms – do feel a little stock when compared to Wanderer’s most outstanding moments, and in this they’re not dissimilar to “Downshifter” from the album’s first half, which also runs the gamut from “great” to merely “good” over the course of its six-minute run-time.

Thankfully, these issues are pretty minor in the grand scheme of things, and are swiftly overshadowed by the sheer quality and cathartic energy of numbers like the astounding “Corium” (is that a hint of early Amorphis I hear?) and pulse-pounding closer “A River of Crimson”, both of which ratchet up the melody and intensity an extra notch as the album barrels towards its conclusion.

Of course I’d be remiss if I didn’t at least mention the album’s now de rigeur cover song(s), as this time around the quintet have delivered both a down-tuned and devastating rendition of Sodom’s classic “Agent Orange” and a sublime take on My Dying Bride’s “The Cry of Mankind” (complete with a guest appearance from Solstafir’s Aðalbjörn Tryggvason), that definitely rank amongst the best they’ve ever produced, and serve nicely as the old-school icing on this particular cake.

Despite its name, Wanderer feels like a band returning to their roots. And though the German insurgents have never before sounded quite as close to their influences as they do here, they somehow still sound more like themselves than ever.

Wanderer arrives on September 16 via Century Media. It’s available for pre-order in a variety of formats (including one with a bonus covers disc) through this link.

One Response to “HEAVEN SHALL BURN: “WANDERER””