Apart from a rare mid-week edition of this column contributed by our friend Gorger, three weeks have passed since we had a regularly scheduled Rearview Mirror column on a Sunday, mainly due to my absence from home for three weekends in a row. To resume the feature, I’m focusing on a Norwegian black metal band named Ljå and their lone official full-length, Til avsky for livet (2006).

I learned of the album, as I have other subjects for this column, through a recommendation by Dutch musician Jan K. (thank you again!). The album is now 10 years old, with only a 2012 EP (Klar til strid) and a 2008 compilation of earlier material (Vedderbaug) having been released since then. 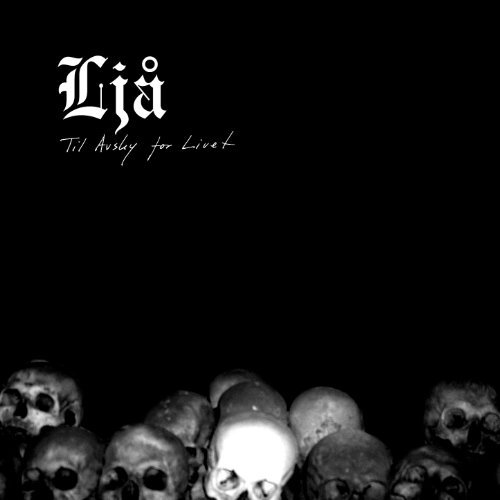 According to Metal Archives, Ljå remains “active”. Selfishly, I do hope for new music from the band, because Til avsky for livet is fantastic. The album is packed to overflowing with highly addictive riffs of great variety. There are many times (including the first track), when the music is absolutely incendiary — a racing fireball of blazing guitars and maniacal drumming. At other times, Ljå turns out irresistible, high-energy rockers or dark, intense, atmospheric pieces redolent of melancholy.

There’s a lot of tempo and rhythmic dynamism among and within the songs, as well as impressive instrumental skill — all of the performers, including the jaw-dropping drummer, can absolutely fly like the wind when they want to (which is most of the time), while retaining a surgically precise mastery of what they’re doing, and the relative sharpness of the production permits a focused appreciation for those talents. But even when the band diminish the pace, as in the somber instrumental piece “Svart”, their skills remain evident.

The album also displays the kind of songwriting talent that fuels each, often intricate, track with a memorable melody — though the melodies are also quite diverse in their mood, sometimes with accents of folk music in the mix. If you make it, breathless, to the final song, you’ll even discover an attractive acoustic guitar interlude before the final firestorm.

What doesn’t change much is the vocalist’s attack — usually it’s a mix of feral, strangled, abrasive shrieks, burning white-hot with fury.

In a nutshell, this is a brilliant black metal album that really has no weak links in the chain of 10 songs. It’s definitely no dusty relic despite its age, but something that still sounds vital even 10 years after its release. (I found digital copies on both Amazon and iTunes, and physical versions at Discogs.) Here’s the band’s Facebook page — which reports that they are performing in Stavanger, Norway, in October, and that is good news indeed:

There’s a full YouTube album stream below, and this is the index to the songs:

3 Responses to “THE REARVIEW MIRROR ( LJÅ)”