(Wil Cifer reviews the new album by Seattle’s Lesbian, which is out now on the Translation Loss label and features striking cover art by Dan Seagrave.)

Before reviewing this album I went back and listened to Lesbian’s album Stratospheria Cubensis for a little perspective. Six years ago when that album came out, they were still pretty committed to not neatly fitting within any sub-genre of metal, and now they have continued to defy those boundaries even more.

Former members of The Accüsed formed this band back in 2007 and have now evolved their brand of proggy death metal into something even more darkly bizarre. Their new album finds the vocals becoming even more varied, blending sung vocals and growls. This is done in a very tasteful way that might win over some of you who think this approach is dated. In some ways it makes me think of what might have happened if Acid Bath had collided with Cynic. 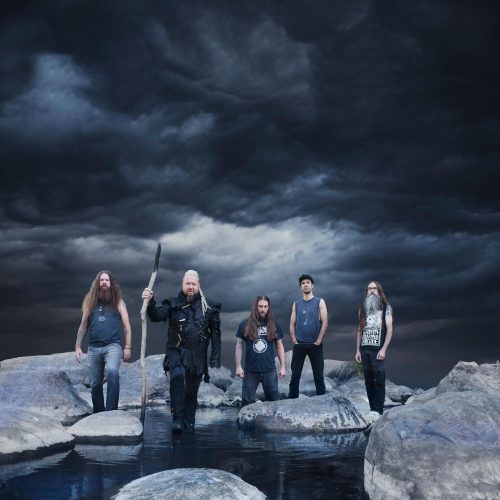 Space-like keyboard sounds zoom out of the corners of the song “Pyramidal Existinctualism” not inhabited by guitar solos. The fourteen-minute “La Brea Borealis” has a commanding vocal that reminds me of when Mastodon was transitioning into a more progressive direction, just without any of their Thin Lizzy influence. Six minutes in, the more chanted vocal line helps establish a pretty cool groove that weaves its way into an almost industrial hammering.

“Kosmoceratops” has a thrashing charge to it, with vomit-filled vocals howling behind the snare. It’s a sprawling battlefield of sludge-encrusted thrash that comes at you like a drunken mammoth on trucker speed. The throaty bellows come closer to singing in some places.

While Lesbian still craft sprawling sonic tapestries that work similar to movements in a classical piece of music, this album feels more focused on the songs, rather than some of the skilled yet casual jams I found when digging back into their earlier work.

They throw themselves into a nasty pummeling on “Aqualibrium”, though the band do slow down to cast more of a shadow on things two minutes into this last song. The vocals carry nasty hints of black metal. One of my favorite things about this album is how varied the vocals are; they also include death metal rasps and even go up into some Show No Mercy-era Slayer-styled falsettos.

Lesbian have combined a weird myriad of genres in the most twisted way possible. Sure it’s proggy, but never awkward, and the band put being mean and heavy first, before showing off their chops.

Considering all the albums I have to sort through in my in-box every week, the highest compliment I can give a band these days is becoming intrigued to the point of going into their back catalogue. Lesbian are even going to make their way into the over-crowded landscape of my iPod, which is an accomplishment considering how burned out I am with songs that tip the ten-minute mark, but these guys make the time pass in the best way possible.

If you like dark nastiness with prog tendencies, then go check these guys out already.

One Response to “LESBIAN: “HALLUCINOGENESIS””