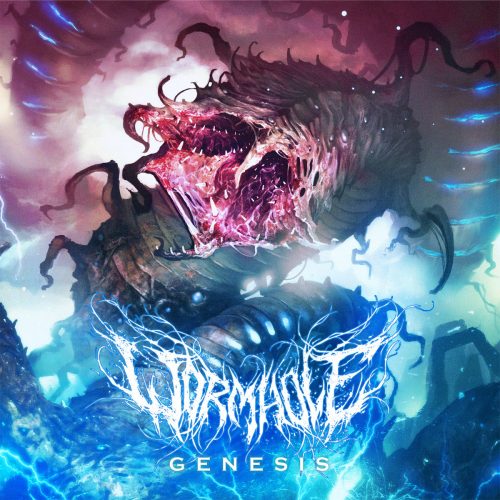 Beginning last fall, a band named Wormhole began releasing singles — first a track called “Existence Gap” and then early this year another song called “Nurtured In A Poisoned Womb”. These songs caught the attention of Lacerated Enemy Records, which is announcing today that they have signed Wormhole for the release of the band’s debut album Genesis. To celebrate this unholy event, we have partnered with Lacerated Enemy to bring you another new Wormhole song: “Symbiotic Corpse Possession“.

For those new to Wormhole, it’s the creation of a Baltimore duo, Sanil and Sanjay Kumar, with fearsome vocals by Duncan Bentley of South Africa’s Vulvodynia and Calum Forrest of Scotland’s Operation Cunt Destroyer and Engorging The Autopsy. Lacerated Enemy is recommending the new album for fans of Defeated Sanity, Aborted, Coprocephalic, Visceral Disgorge, and Abominable Putridity (among other slaughterers).

For those who may be unfamiliar with those bands, or with Wormhole, we have some introductory words:

Prepare to be brutalized and decimated. But also prepare to have your brain scrambled and re-wired to the point that you are suddenly able to understand microwave transmissions from space.

Wormhole have an affinity for brutal slam, but “Symbiotic Corpse Possession” proves they have both other interests and other skills beyond the ability to bludgeon listeners senseless. There are some punishing grooves in this song to be sure, along with non-stop, bullet-spitting percussive warfare and some bass-drop detonations. But the song is more of a showcase for the band’s technical abilities: It’s a nest of venomous riff swarms that have been whipped into a maniacal frenzy, with a flamethrowing guitar solo that’s even more blindingly fleet-fingered.

The vocals are of course disgusting (in a good way) — a nasty combination of ugly gurgles, guttural growls, and incendiary shrieks.

And there’s one more cool aspect to this song that hasn’t been mentioned yet: Although it’s a borderline-deranged and technically athletic piece of butchery, there is structure to the mayhem, and the song turns out to be a very catchy beast.

Pre-order opportunities will be available soon at these locations (digital and physical):