Yes, the end of last week brought welcome news to the NCS fold in the form of new music from Singapore’s Wormrot. The newly released song, entitled “Eternal Sunshine Of The Spotless Grind” comes off of the group’s new album Voices — due next month and their followup to 2011’s Dirge. Like many of Wormrot’s songs, “Spotless Grind” clocks in at just over a minute and is punchy as can get, having said all it needs to say in the meantime — which can mostly just be boiled down to “AAAAAAAAAAAAAAAAAAAAAAAGGGGHHHHH” over a series of unrelenting grind blasts.

“Spotless Grind” sticks to what Wormrot do best and is partially a reminder why people are so attracted to the group in the first place — it is music that makes no compromises and sticks around no longer than it has to. It is a circle-pit initiator, the accelerant poured upon an already fiery crowd to turn the venue into an inferno.

Voices will hit on October 14th, via Earache Records and it will be exciting to see what other violent noise Wormrot have in store for their listeners. 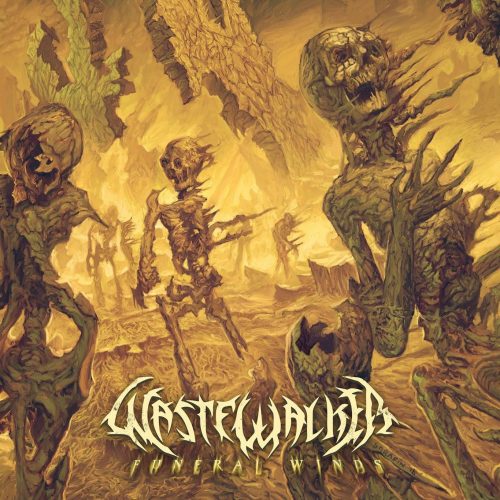 At the rate Wastewalker are releasing songs there aren’t going to be any left by the time the Sacramento-based group’s November release date for their debut album Funeral Winds rolls around. We’ve spoken at length about the group’s two previously released songs — in fact, the last time we wrote about this group with the release of the titular “Funeral Winds” song, I included an updated version of their lead-off song “The Consumption” with it.

Wastewalker consists of a handful of musicians from other Sacramento acts, including vocalist Cam Newton, who performed most recently with Alterbeast on their debut album, and guitarist John Abernathy, who has found work occasionally as a touring guitarist in his post-Conducting From The Grave career. The band actually let slip that this new song, entitled “Hazmat Birth”, was inititally written out to be a Conducting song in fact, although it has probably undergone a serious facelift since the roots of that initial track were laid down, in order to match up with the frenetic style that Wastewalker are making their brand of death metal out to be, especially since it has to hang with Cam’s million-shrieks-a-minute vocal style.

You can still kind of hear it, in a lot of the backing rhythms and the sudden switches between different note sweeps, so as a longtime fan of Conducting that bit was amusing. Wastewalker’s Funeral Winds is proving to be an interesting disc so far, as the guys behind it seem determined to get that disc out there, and you can hear it in how Wastewalker’s music hums as a band, like a swarm of angry insects. It will be fun to see where the band take this come November. 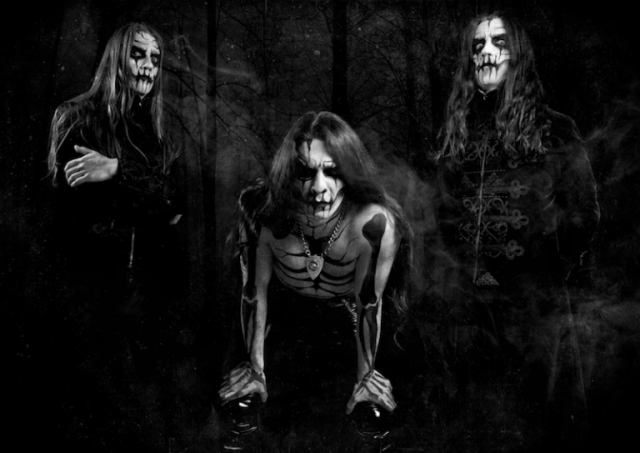 In news that will likely thrill some of the other writers around this site, Carach Angren have made themselves a brand new music video to add to their collection. This time around the group premiered the video through the increasingly metal-tinged horror-dedicated site Bloody-Disgusting, who also handled a Be’lakor video earlier in the year as well, so there’s some history behind their ventures into our genre of worship.

The video is for the song “Where Crows Tick On Windows”, which was the third song on the group’s 2015 release This Is No Fairytale, a twisted re-telling of the old Hansel and Gretyl tale with a theatrical and symphonic black metal flair. The video itself features a heavy focus on the band this time, backed by a twisted army of corpse-painted hybrid/nurse women who are partially channeling the Jacob’s Ladder-inspired Silent Hill nurses in outfit and movement.

Since This Is No Fairytale is part of Carach Angren’s collection of horror stories in album form, “Where Crows Tick On Windows” focuses heavily on the visuals described in the song, although it is a nice change of pace to see the band themselves playing within the video as well — something that we didn’t get when they did their video for “The Funerary Dirge Of The Violinist”. It’s also really interesting to see just how much their look has changed and updated since the days of the video for The Sighting Is A Portent Of Doom.

Again, you can check out the “Crows Tick On Windows” premiere here. 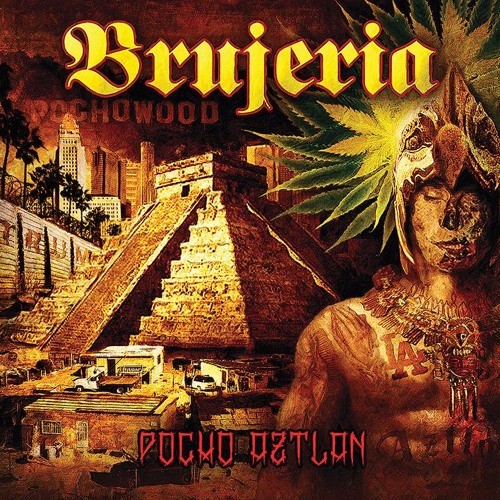 In some ways, it’s fun that the Carach Angren premiere was done through Bloody-Disgusting because the next video, as provided by Brujeria for their song “Plata O Plomo” in support of their new album Pocho Aztlan (due out September 16th)  is exactly that, a lyric video subtitling some incredibly gruesome imagery taken from the drug cartel wars down south. This means the video is not safe to watch anywhere close to work, or if you have a sensitive stomach, as there are multiple dead bodies featured with the four-minute hammering groover that is the song itself.

The masked musicians of Brujeria have heavily associated themselves with the gore-soaked imagery that the gang wars have provided, and “Plata O Plomo’s” lyric video further reinforces that. The song itself, however, is undeniably heavy, which means that once again I can look forward to hiding in a corner somewhere and fearing for my life as the pit opens up when the band make their appearance at CDF in October.