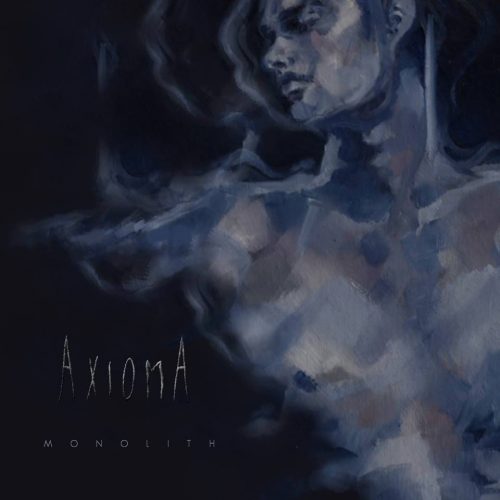 Monolith is the title of the first EP by a band from Rome, Italy, named Axioma, and today we present the debut of a song from the EP named “Monolith of Fire“.

The song is a fascinating one. It’s dark as a moonless night and heavy as hell, with dissonant unearthly guitar melodies suggestive of arcane forces at work, and deep, heartless growls that reinforce the sensation of ominous, unseen threat. Yet the song has other facets that reveal themselves as it moves forward along its twisted path. 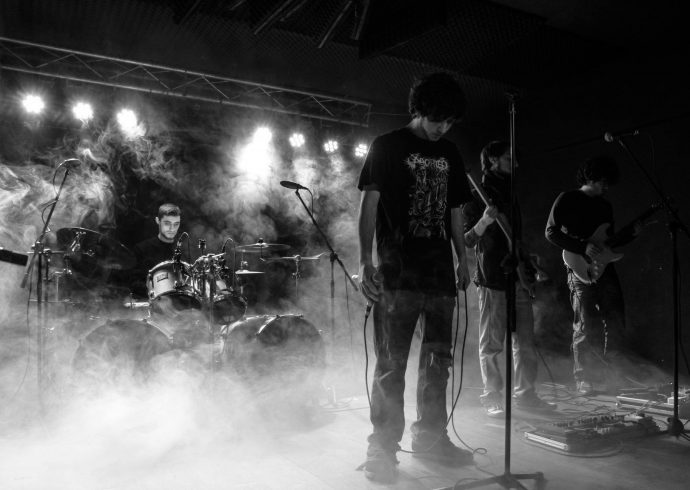 The rhythms and tempos are in flux as Axioma move between bursts of frenzied assault laced with flickering guitar notes and battering percussion, and slower, brain-twisting passages — concluding with a haunting finale that features operatic vocals (provided by Simona Guerrini and Salvatore Perri).

The music is intricate and inventive, performed with obvious technical skill by all of the band’s members — guitarists Gabriel Luigi Lattanzio and Andrea Augeri, bassist Jacopo Greci, and drummer Jamil Zidan, in addition to vocalist Riccardo Montecchiarini. It’s the kind of ambitious progressive death metal that should appeal to fans of bands such as Gorguts and Nero di Marte. And although Axioma seem to have appeared like a bolt from the blue, with music this good it shouldn’t take long for the word to spread.

Below you can check out both a trailer for the entire EP and a previously released song from it named “Veil of Paroketh”, in addition to our premiere of “Monolith of Fire”.

Monolith features wonderful cover art by Giulia Vassalli and it will be released via Bandcamp on September 24 (check the link below):

One Response to “AN NCS PREMIERE: AXIOMA — “MONOLITH OF FIRE””