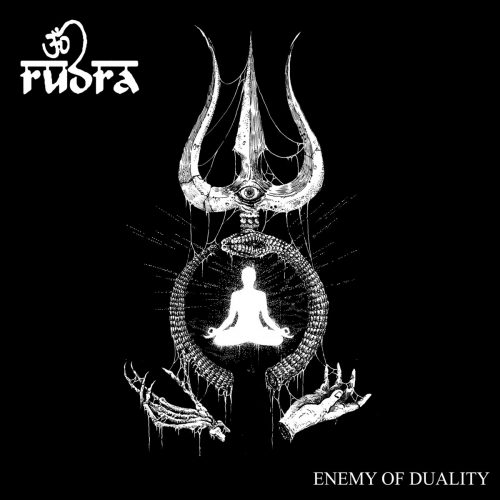 We have been writing about Singapore’s Rudra since 2011 at this site, but although that’s a fair number of years, it’s far exceeded by the longevity of the band itself. Rudra was formed in 1992, pioneering in a genre they term “Vedic metal”, which is a form of blackened death metal in which Rudra (who are themselves of Indian lineage) have often incorporated elements of music rooted in Hindu traditions (including the use of Indian classical instruments), with lyrics often drawn from Vedic Sanskrit literature and philosophy.

In a career that has spanned nearly a quarter-century, the band have released seven albums, and the eighth one — Enemy of Duality — will be coming out this December. Today we are privileged to bring you the album’s opening track, “Abating the Firebrand“. 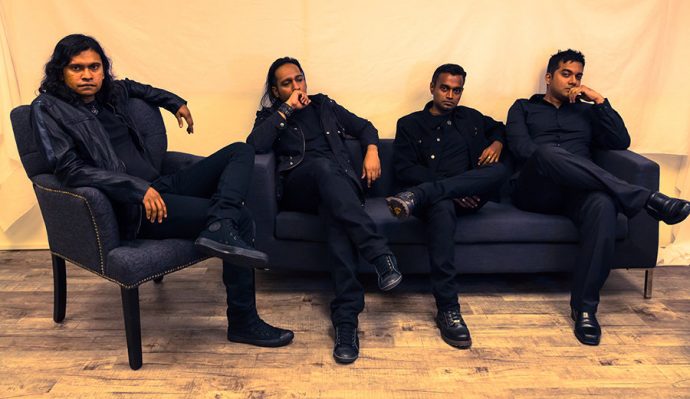 The first song to premiere from the new album is one called “Slay the Demons of Duality”, and it was accompanied by these comments from Rudra’s frontman Kathir, which sheds some light on the conceptual underpinning of the album itself, as well as that first song:

“The single ‘Slay the Demons of Duality’ was inspired by a verse from the Mandukya Karika. The verse in Sanskrit was chanted in the beginning and towards the end of the song. It is about how we are afraid of evil, demons, satan etc., In fact, many belief systems create a duality between good and evil. In this song, we present the very duality to be demons. Upon inquiry, these demons of duality are found to be purely notional”.

With this background in mind, we turn to the song we have for you today. It builds in intensity, beginning with slow, haunting clean vocals and the sound of traditional hand drums and eventually becoming fierce and chaotic, driven by pummeling drums and riffs that rapidly jab and swarm, with vocals that are bathed in acid. The consistent thread in the song is an exotic and somewhat dissonant melody that becomes increasingly seductive, and four fire-spitting guitar solos are also scattered throughout the track, each of them adding electricity to an already galvanizing piece of music.

Enemy of Duality promises to be a highlight of this year. It features artwork by Mark Riddick and will be released by Transcending Obscurity-Asia on December 17.  Pre-orders can be placed now through the first link below, where you can also listen to another song from this new album.

Track list:
1. Abating the Firebrand
2. Slay the Demons of Duality
3. Perception Apparent
4. Acosmic Self
5. Root of Misapprehension
6. Seer of All
7. Hermit in Nididhyasana
8. Ancient Fourth

5 Responses to “AN NCS PREMIERE: RUDRA — “ABATING THE FIREBRAND””