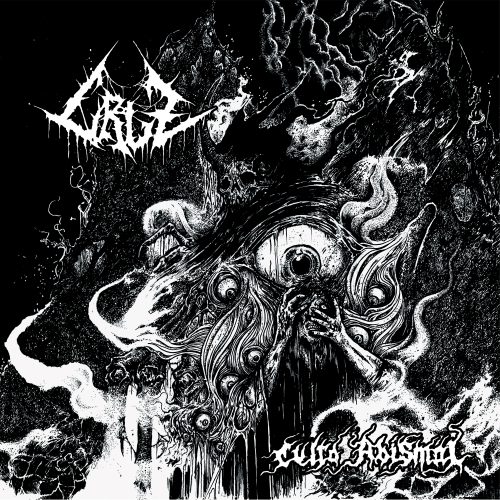 For a long stretch of years, Spain has been a breeding ground for excellent metal bands across a wide range of extreme metal genres, and now one more must be added to that long list — a band from Barcelona named Cruz. Their first full-length bears the title Culto Abismal and it will be released on October 7 through the collaboration of four labels, including a tape and vinyl release in North America by Oakland’s Sentient Ruin. Today we join that conspiracy to bring you a first listen to the album’s powerhouse title track.

You could probably guess that Cruz are on the right track just by looking at the nightmarish cover art beautifully executed by César Valladares, and that would be a correct guess. “Culto Abismal” is equally well conceived and equally well-executed to deliver a hellish and highly electrifying rampage of old school death metal with a strong crust punk flavor. 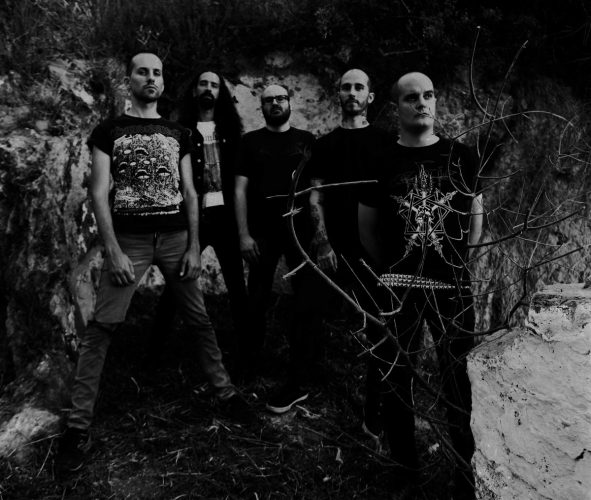 Among their many lethal weapons, Cruz deploy a titanic, corrosive guitar tone that will make lovers of HM-2 tone salivate — the song sounds like the attack of a tank battalion commanded by ghouls. It’s a high-energy death charge, driven by d-beat rhythms and fueled by highly infectious riffs and pestilential lead-guitar infestations, capped by excellent growling, howling vocal savagery.

When I first heard of Cruz, their music was being lauded as the kind that would be sure to please fans of early Dismember, Entombed, Wolfpack/Wolfbrigade, Grave, Bolt Thrower, and Discharge. Having heard the music, I’m now compelled to agree. This is Grade-A old-school evil.

Culto Abismal was recorded and mixed by Javi Félez at Moontower Studios and was mastered by Brad Boatright at AudioSiege. It will be released on October 7 by Sentient Ruin (tape and vinyl for North America), To The Death Records (tape and vinyl for Europe), Neanderthal Stench (EU vinyl co-release), and SelfMadeGod Records (CD worldwide). You can hear another album track at DECIBEL (here). To order the album, visit these locations:

TO THE DEATH RECORDS:
https://tothedeathrecords.bandcamp.com

For more info about Cruz, check these links: