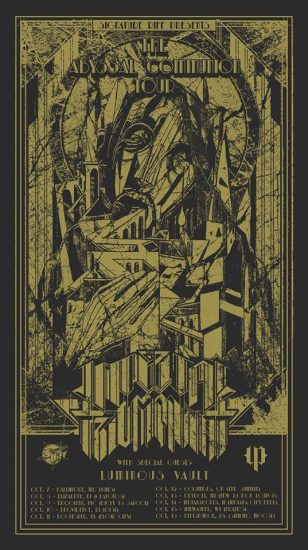 (Austin Weber reports on an impending tour by Imperial Triumphant.)

While the US black metal scene is far from a dry and empty wasteland with nothing worth talking about, there’s always one group I’ll continue to champion above almost all else. And that would be Imperial Triumphant, a New York City-based group that our site’s architect Islander has been covering since 2011, before I even began writing for No Clean Singing. If memory serves correctly, my initial post about the band was in December of 2012, when I placed their initial 2012 full-length, Abominamentvm, on my very first NCS year-end list after first covering them for the local magazine gig I was a part of prior to NCS.

In the years since, the band have flourished in a way that almost defies even the earliest expectations. They’ve continued to up the ante with each release, and continue to prove their worth with a rare and evil brilliance you’re hard-pressed to find much of in a scene often obsessed with repeating the same sounds in the same ways as their forbearers, ad nauseam. 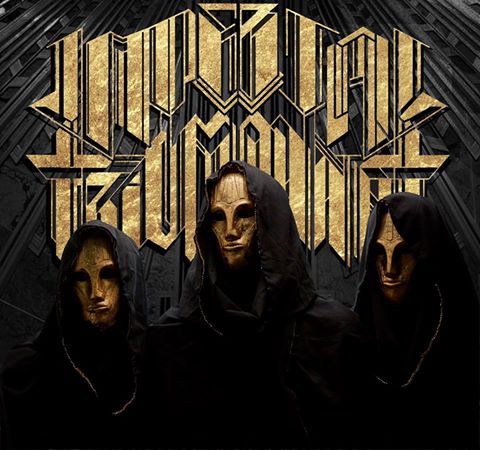 I only say all this with the goal in mind of imparting to you just how special the band is, since they are about to go back on tour in a few weeks here in the East Coast/Middle America regions of the United States. And part of what makes me feel so compelled to write this is the fact that I was lucky enough to witness Imperial Triumphant live for the first time last year when the group went on tour with Canadian Black Metal wunderkinds Thantifaxath. It was an experience to behold, and one that changed me in a visceral and moving way.

As a result, I felt it was important for us to cover the band’s upcoming tour for any of our readers out there who may be close enough to one of the tour dates to catch them live. If you do, it’s an experience you won’t soon forget.

Below we will include some pro-shot clips by Frank Huang (Pit Full Of Shit) to give you a glimpse into the terrifying nature of the band’s live show.

I should add that the band’s 2016 EP, Inceste, is already among my black metal favorites from 2016, and the band told me recently that writing has already commenced on yet another full-length! Catch these guys live if you can. I guarantee it’ll be worth it.