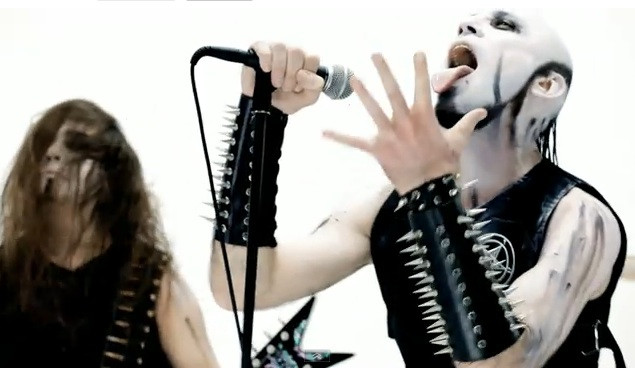 Okay, now that I have your attention:

I have the kind of mind that’s made happy by serendipitous connections between random occurrences. Maybe it’s a deep-rooted desire for order in the chaos of life. Or maybe I’m just easily made happy. Either way, within a 24-hour period I discovered two new music videos by two somewhat out-of-phase black metal bands that involved . . . nuns and nudity.

Let’s be clear: I do not fantasize about nude nuns. No way, no how. Not me. I just thought it was an interesting coincidence. Plus, these aren’t your average nuns. And this isn’t your typical black metal either.

The first clip is a new single by our favorite Ukrainian party animals, Semargl. They may not be TRVE, but damn, they know how to get you shakin’ your booty. The second clip is from a New York horde called Imperial Triumphant. The song featured in their blood-drenched video is closer to BM-standard, but it also has some rock-the-fuck-out hooks in it and cello riffing. Granted, it’s challenging to focus on the music when your mind is distracted by what’s happening on-screen, but I liked both songs.

A word of “warning”: I’m not kidding about the nudity. Be careful about who’s peering over your shoulder when you watch these. 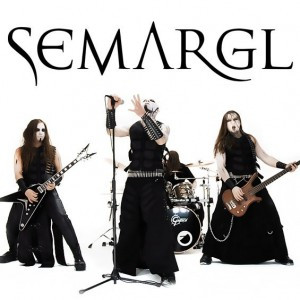 At some point since the last time I checked, Semargl have started revamping their official web site (though it’s mainly still under construction) and adopted new “branding”: They now call their music “Ukrainian/Norwegian Satanic Pop Metal”. I can’t really improve on that descriptive.

Their new digital single is called “Tak, Kurwa (Yes Bitch)”. According to the band: “Kurwa means bitch, whore on Polish and Ukrainian. ‘Tak, Kurwa’ is play of words which also has different meaning but in terms of nun we chose meaning ‘Yes Bitch’.This single is dedicated to polish fans of Semargl.” Helpfully, the band have also provided the names of the girls in the video: Marianna, Anna, Olga, Jess, Irena, Dara.

All you metal connoisseurs out there, don’t be hating on me because I write about Semargl so often at NCS (you can find more of their videos on NCS by entering their name in the Search box on this page). I just trying to have some fun.

For more info about Semargl, here is their official site, with links to lots more of their net pages. I assume “Tak, Kurwa” will be available on iTunes and similar platforms eventually, but I haven’t seen it yet.

UPDATE: We’ve swapped messages with Semargl this morning and have now learned that the digital single of “Tak, Kurwa (Yes, Bitch)” will be available for free download at the band’s web site beginning on March 18. Semargl also emphasized that they are NOT a black metal band – their genre is indeed Satanic Pop Metal. Quite correct, as you can hear for yourselves from this song. Also, I did cheat a bit in my description of the video, since the nun is actually not nude. I like to think of this as “literary license”. 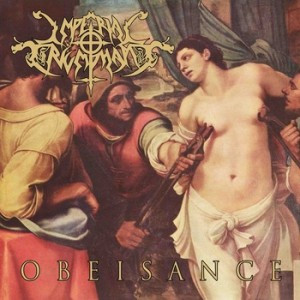 The same day that I saw that Semargl video, I got an e-mail from this unsigned New York band with a link to their new video. I wrote earlier that Imperial Triumphant are not your typical black metal band. For one thing, as you’ll see in the video, one of the bandmembers (Amarok) is a cellist, who can both riff with it a/la Apocalyptica and also use it to create chamber-music-style interludes. The other members of the band are Illya (vox and guitars) and Naargryl (bass and backing vocals). Drum credits go to session musician Alexsandr.

The song featured in this video is called “Stormgod” and it appears on an EP the band released last September called Obeisance. The lyrics are drawn in large part from a poem by Henry Wadsworth Longfellow called “The Challenge of Thor”, which is a very metal poem that I had never read before researching this post. It includes these lines, the middle two of which are in the song lyrics:

Force rules the world still,
Has ruled it, shall rule it;
Meekness is weakness,
Strength is triumphant,
Over the whole earth
Still is it Thor’s Day!

As a statement of fact, it’s hard to argue with that.

The song itself is an offering of seething, Bathory-style black metal — with that classical interlude, finished off with a clean, choral vocal in Latin — and some very catchy riffing. The video imagery is completely unconnected to the lyrical content of the song, the band opting instead for scenes of demonic possession, consumption of bleeding hearts, gore-drench nudity, and general evilness. Here you go:

You can download the Obeisance EP for a $5 payment (or more) on Imperial Triumphant’s Bandcamp page (here). For more info about the band, their Facebook page is at this location.

39 Responses to “NUNS IN THE NUDE”