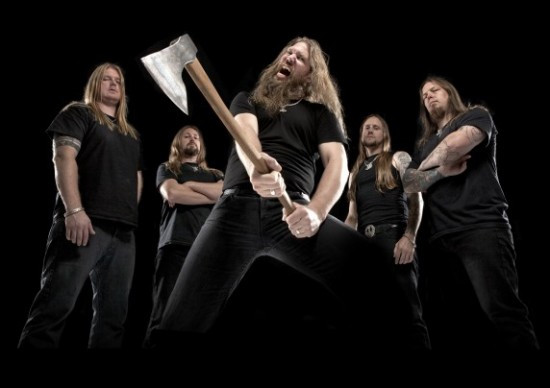 And our Surtur Rising watch continues . . .

Just hours ago, Metal Hammer debuted the third song from Amon Amarth‘s forthcoming album. This song is called “For Victory Or Death”. Amazingly, the song sounds like Amon Amarth, which means it’s another immediately recognizable melodeath gallop. I’m not quite as enamored of this one as I was of the first two (both of which we slapped up on this site as fast as humanly possible after their release), but I do like it, and it certainly does nothing to dim my enthusiasm for this album.

I couldn’t hack the Metal Hammer site in a way that would allow me to embed the song here at NCS — but I then discovered that the song made its way to YouTube about one hour ago.  So . . . click past the jump and you can hear “For Victory Or Death” without leaving the grasping claws of NCS.

14 Responses to “AMON AMARTH: “FOR VICTORY OR DEATH””