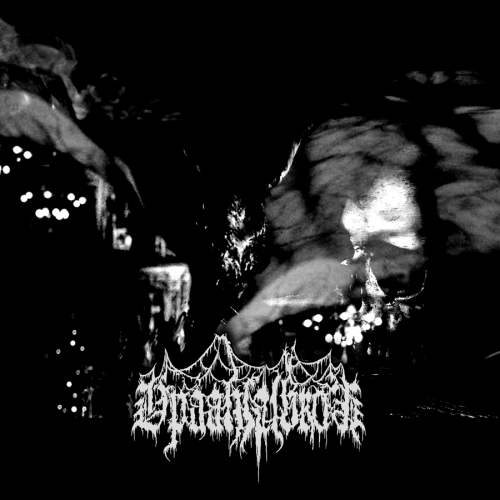 More than a decade ago a Texas band named Vpaahsalbrox came together long enough to record a three-song demo labeled 14 Sovereign, and then disappeared into whatever hellish dimensions gave them birth, with its members later reborn in other obscure black metal incarnations such as Erraunt, Nivathe, Triphane, and Khimaat. Only 50 copies of the tape that captured the music were produced, yet it made a lasting impression in certain quarters — one strong enough that on the first of next month Pale Horse Recordings is going to re-issue 14 Sovereign on limited-edition vinyl as well as digitally.

The band’s confounding name is an expression in Enochian, a language recorded in the private journals of John Dee and his colleague Edward Kelley in late 16th-century England — the language of angels, given to Dee and Kelley by angels, or so they claimed. In Enochian, Vpaahsalbrox seems to mean “Lucifer’s Wings”. 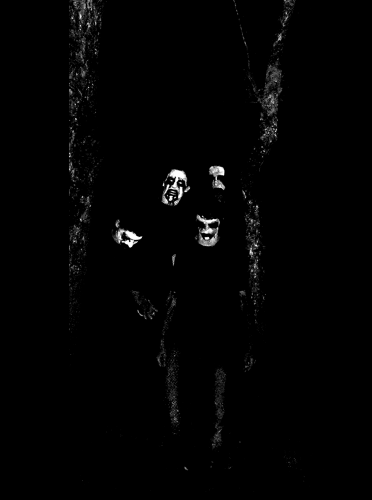 14 Sovereign contains three violent and maddening expressions of rage — “Swallow the Wound”, “The Flesh I Have Given You”, and “Open the Mysteries of Your Creation”. Beclouded in distortion, the mercurial songs swarm with chaotic, boiling riffs and bubble slowly like a cauldron. There are absolute berserker rampages within the songs, as well as the sounds of cold, flesh-crawling rituals and dismal melodies that stink of plague. You’ll also have to search long and hard to find vocals that are any more exemplary of shrieking, blood-lusting insanity; when you hear the phrase “not for the faint of heart”, this is the kind of thing people mean, or should mean. The drumming on 14 Sovereign is also remarkable. It keeps this wild machine on course, but does so in unpredictable and ever-changing ways.

Though I don’t know for sure, the demo sounds like it was recorded live… in a cramped room at a slaughterhouse… where they keep the entrails.

There is a further attraction to this demon asylum of sound — the lyrics, which are as solemn, poetic, and scriptural as the sound is unhinged. They are, of course, about Lucifer. Here, for example, are the words from “Open the Mysteries of Your Creation”:

Suffer His third, oh you, a flame,
whose wings are one sulfur and one thorns
to boil with vexation
and pierce this, your puzzlement,
as a myriad of heaving lamps before you in the night.

(Be He your vessel)

Move, then, yourself therefore
and appear within that mighty light;
the burning flame of comfort
that unveils those hidden mysteries
to the center of the earth.
Move therefore and appear!

For it is said unto you, oh believers,
“Behold the face of Satan,
the beginning of comfort,
whose eyes are the brightness of the stars,
in whom, the secret of truths abide!”

Believers, it is said unto you,
“Behold the face of Satan,
the beginning of comfort.
Be He your vessel!

Be He the source of your joy and your strength,
and you a window into His.
For it is by His strength that we are made joyous and strong.
Arise now, and open the mysteries of your creation.

Pale Horse will release 14 Sovereign on October 1 in a black vinyl edition limited to 300 copies. It will also be available as a Bandcamp download. Purchases can be made here:

(I first heard about the demo and the reissue plans from Jon Rosenthal (Invisible Oranges), and thank him for suggesting that we host this premiere.)

One Response to “AN NCS EP PREMIERE: VPAAHSALBROX — “14 SOVEREIGN””