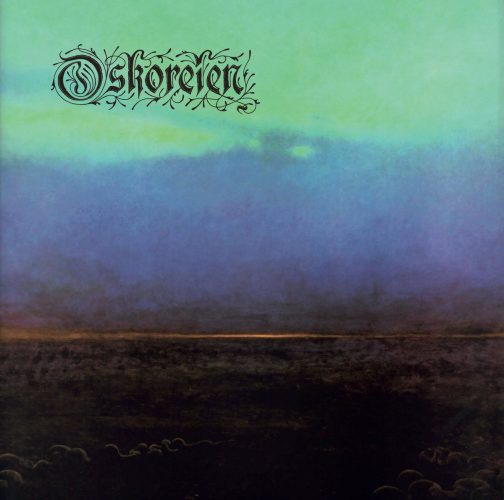 On October 15, two very interesting and very talented one-man bands from California — Oskoreien and Botanist — will release an album-length split. The Oskoreien side is called Deterministic Chaos; the Botanist side is named Green Metal. Later this week we will be publishing a special guest review of the split, but what we have for you today is the premiere of one of Oskoreien’s two contributions on the split, “Without You I’m Nothing“.

Oskoreien is the alter ego of L.A.-based Jay Valena. This split is Oskoreien’s fourth release overall, with the last being a 2011 self-titled debut album. Along the way, Oskoreien’s music hasn’t followed a single, predictable path, instead reflecting variations in style and strategy. Of the two tracks on Deterministic Chaos, the title song is a 13-minute piece, and the one you’re about to hear is an unusual cover song. 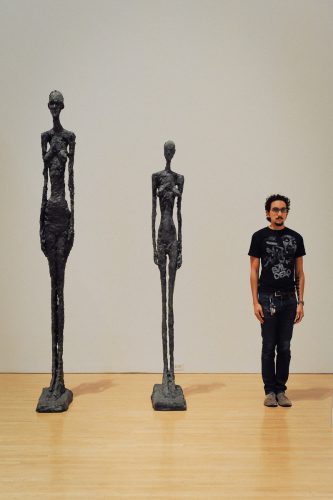 Specifically, “Without You I’m Nothing” is a cover of the title track to a 1998 album by the English alternative rock band Placebo. Like the rest of the album, Oskoreien recorded it without any guitars, using only a Korg MS-20 Mini synthesizer (though I doubt you’d guess that without being told).

There’s some scratchiness, rumble, and dissonance in Placebo’s moody, tension-building original song, along with a tormented lead-guitar performance. Oskoreien’s version of the song takes the darkness on the edges of Placebo’s original and expands it by orders of magnitude, transforming it into music on the cosmic outskirts of depressive black metal in a way that’s both gut-wrenching and mesmerizing.

Oskoreien’s cauterizing shrieks are searing in their intensity, and the titanic, heaving chords and lurching drum beats in the low end are as grim and ominous as the high, shimmering melody that comes in later is ethereal and haunting. The music has a corrosive, boiling, acidic quality, but the staggering rhythms and eerie melody bend the listener’s head to their will.

The Oskoreien/Botanist split is being released in variant forms on vinyl, with a full-color insert. All editions have the same artwork, with the separate covers for each band’s material (by Zdzisław Beksiński) displayed on opposite sides of the vinyl sleeve. In addition to black vinyl, each band is also offering its own limited-edition color variants for the vinyl; Oskoreien’s is a lavender vinyl limited to 100 copies, and Botanist’s is Saprophyte yellow vinyl with gold splatter

Both bands have set up their own Bandcamp pages for the album, which include digital as well as vinyl pre-orders (with discounts available for pre-orders). In addition, Avantgarde Music is accepting worldwide pre-orders for a digisleeves CD edition (these are also available from the bands). All the relevant links are below, along with the track list.

2 Responses to “AN NCS PREMIERE: OSKOREIEN — “WITHOUT YOU I’M NOTHING””