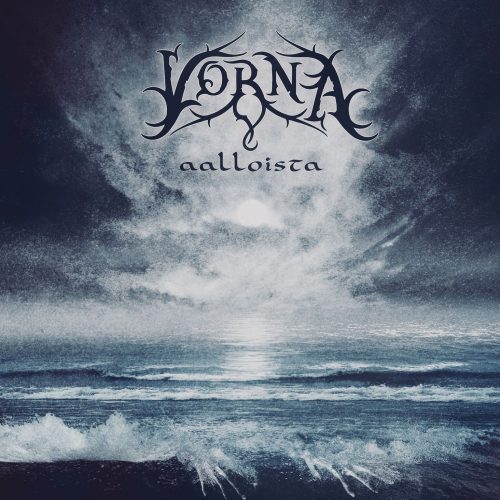 Last fall we had the pleasure of premiering a full stream of an album called Ei valo minus seuraa (No Light Follows Me) by the six-man Finnish band Vorna. There was considerable diversity on that album, ranging from hard-charging gallops to solemn, atmospheric sagas, each one filled with drama and passion, each one a powerhouse of sound. Since then, Vorna have not been idle — and today we’re helping bring you a brand new Vorna song called “Aalloista“.

If you are familiar with that fine 2015 album by this band, you will notice a few changes of direction on the new single. Vorna’s lead vocalist Vesa Salovaara shared these thoughts about “Aaloista” and Vorna’s future endeavors: 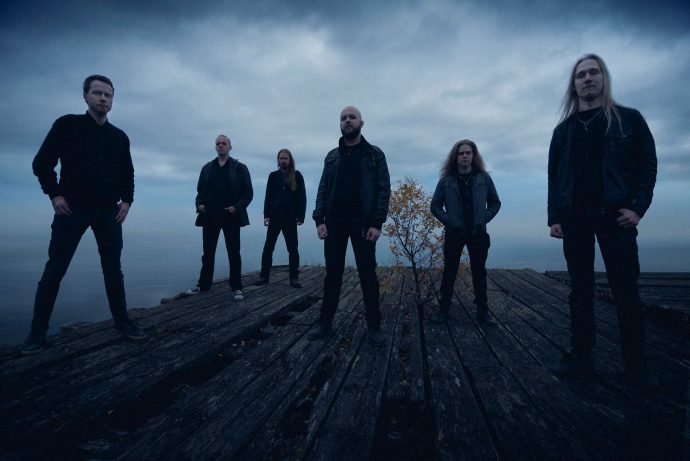 “It appears to me that our second album Ei valo minua seuraa broke many mental barriers for us as composers and opened a whole new horizon of possibilities. On the other hand we feel we’ve found our own thing, our sound, but at the same time we can see almost countless different directions where to possibly take it next. And that’s pretty damn inspiring.

“With ‘Aalloista‘ we took a bit more serene and melancholic approach. As a result there are slightly more clean vocals and more experimenting with different kinds of sounds and effects in general which all seemed to fit the atmosphere we were after. However, it’s too early to say how well it represents the overall sound of our next full-length release. Right now we’re just anticipating to get to play ‘Aalloista’ in a live environment this autumn.”

Crystalline guitars and sweeping ambient tones open this mesmerizing song, capturing the glint of morning sunlight on rolling waves. But the music is also heavy and somber, with vocals that turn to harsh shrieks and wrenching howls from the melancholic voice you hear in the beginning, and will hear again. Vorna juxtapose wistful acoustic instrumentation with thundering drums and slashing riffs, soulful lead guitars and darting piano notes with a pulsing bass, ethereal keyboards with crashing chords. Throughout the song, a sorrowful yet also uplifting melody flows like the tide.

Artwork for the single was created by Jarno Lahti (KAAMOS Illustration & Design Studio), and it was mixed by Tuomas Kokko (Electric Fox Studios) and mastered by Jaakko Viitalähde (Virtalähde Mastering).

Enjoy “Aalloista” below — and after the song stream we’ve also included an English translation of the song’s lyrics — because this is one song where the lyrics and the music go hand-in-hand very well.

Translation of Lyrics: “Aalloista” (Of the Waves)

No more suffering;
no more for you to withstand
having given your final touch
from within the waves

One Response to “AN NCS PREMIERE: VORNA — “AALLOISTA””