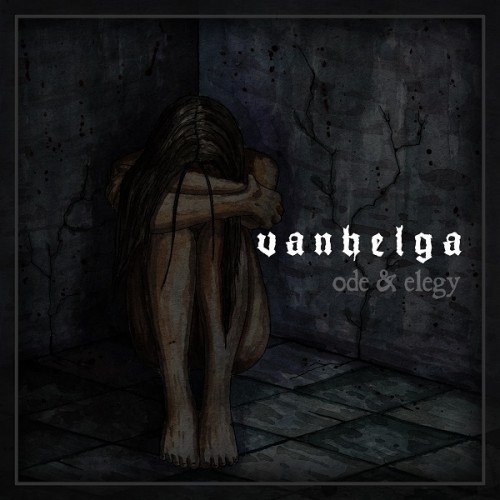 I discovered Sweden’s Vanhelga three years ago through the release of their wonderful EP, Sommar (reviewed here). For that EP, Vanhelga’s creator Jacob Ottosson (aka “145188”) was joined for the first time by Johan Gabrielson (“1853”), a former member of the late, lamented Lifelover, as a vocalist and lyricist. To be honest, that Lifelover connection was what first drew me into Vanhelga’s music, although the band had previously released two full-length albums and five shorter works. Sommar made such a deep and lasting impression that I included one of its tracks on our list of 2013’s Most Infectious Extreme Metal Songs.

Vanhelga’s third album in 2014, Längtan, was yet another wondrous revelation, and by then Jacob Ottosson was joined not only by Gabrielson but also by guitarists J. Ejnarsson (Taketh) and Wadström (ex-Skogstron) and drummer D. Franzén.

And now we find ourselves on the verge of yet another Vanhelga album, this one entitled Ode & Elegy. It will be released on October 1, and today it’s our pleasure to bring you a stream of the album in its entirety. 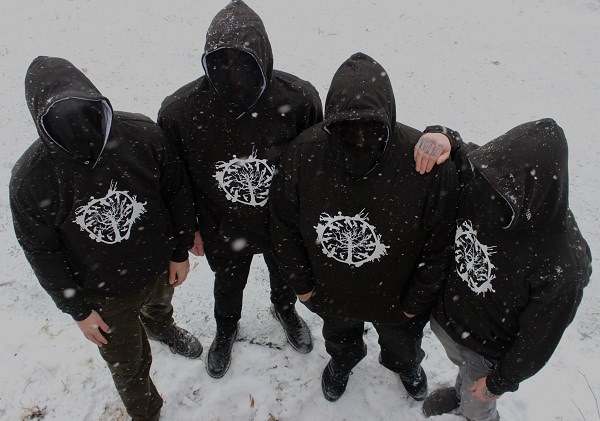 As Vanhelga explain, “Ode & Elegy is an album split in two”:

Ode or “Old Diary Entries” is about the deteriorating mental state of a young woman, slipping further and further into depression and darkness. Her recorded voice is intertwined with the music.

Elegy is the continuation, about looking back and reflecting on those kinds of situations in life, the hopelessness, drugs, abuse, depression and death. In summary, to understand and accept that life is without meaning.

For this album, there have been a few changes in the group of musicians who have collaborated with Jacob Ottosson, but the new album is still unmistakably Vanhelga, bearing all the divergent yet connected hallmarks of the band’s sound, and yet it also reflects growth, expansion, and perhaps an even more wide-ranging exploration of moods and tonalities than what I’ve heard before. Great care has gone into the making of this album, and it shows.

One of these days I’ll do what I’ve been meaning to do for a long time, and that’s to research why it is that music which invokes feelings of loss, grief, and abandonment can at the same time strike the soul as beautiful. It’s a peculiar but very human reaction, and it’s one that Vanhelga succeed in achieving throughout the album. The crystalline guitar melodies, usually expressed with a clean tone and frequently layered, pluck at the heart strings. They ripple, shimmer, and flow fluidly; sometimes there are slow, isolated notes, and sometimes strumming. Sometimes a piano forms a partnership. Depending on the song, the melodies express wistfulness, regret, resignation, and deep sorrow — but they are almost unfailingly spellbinding, and yes, beautiful.

But I don’t want to mislead you into thinking this is all Ode & Elegy brings the listener. The album is also chilling, disturbing, and even wrenching in its anguish and rage. Even in the very first track, “Utan mening”, the drums begin to drive hard and you’re assailed by jabbing, distorted riffs. That’s not the only song in which Vanhelga go on the attack. This album can get heavy as hell in more ways than simply the emotional weight of the melodies. Those kind of twists and turns is one reason why the Ode & Elegy can keep you rooted in place for the 50 minutes of its significant length.

There’s also a wide range of differing vocal expressions that amplifies the emotional objectives of the music and adds to the album’s carefully textured sound. They’re both harsh and clean, both male and female — with chants, spoken words, agonizing yells, and harrowing, savage rasps and growls. Sometimes they are mutated by electronic effects to create a sense that the voices are coming from beyond our vale. They express agony and pain, subdued mourning and fiery derangement.

Trying to classify Ode & Elegy in genre terms remains just as difficult as for the previous releases I’ve heard by this band. It crosses the lines between DSBM and more raging forms of black metal, but it moves into other musical realms as well. Whatever labels might best suit it, however, is less important than its overall impact as a listening experience — and in those terms it’s powerful, emotionally intense, and quite memorable.

Look for the release of Ode & Elegy tomorrow. To pre-order the album, visit the pages linked below: