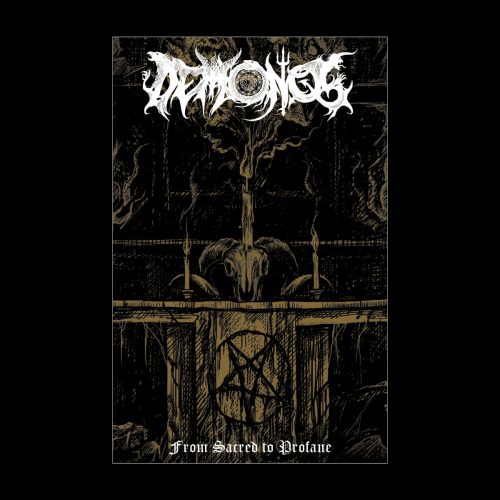 The debut EP of the Indian black metal band Démonos is fascinating. It doesn’t fit neatly into any of the usual pigeonholes of black metal. There are common threads that link the songs together, but each of the songs is also quite distinct from the others. Making your way through all four tracks from start to finish proves to be an enthralling and immersive experience — and it’s a trip we hope you’ll take with us as we premiere a full stream of From Sacred To Profane.

It’s tempting to attach adjectives like “avant-garde” and “progressive” to the music, in part because the EP is so varied, unpredictable, and instrumentally imaginative. It plumbs dark depths, with an often solemn and even depressive air, but the songs are also infectious when you first hear them and memorable in their aftermath. 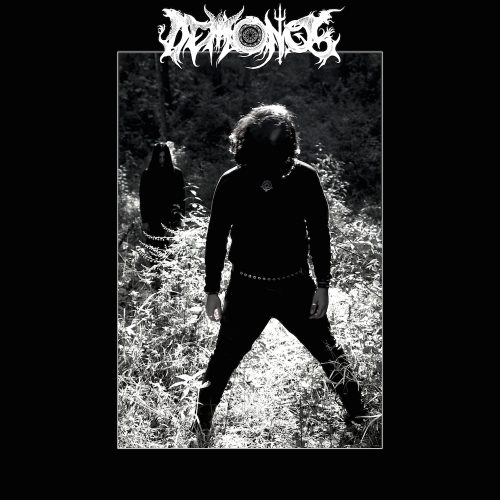 As mentioned, there are common ingredients in the music. It’s mixed in a way that brings the drums and especially the bass far forward. The predominant vocal style is a feral and caustic shrieking that suits the band’s name, though agonized cries and esoteric ritual chants are also present. And there is often a medieval cast to the melodies, one that becomes most pronounced in the concluding portion of “Nibirum Solstitium (Surge Daemon)”. But as mentioned, there are differences among the songs as well.

Démonos are certainly capable of turning to fire, with blasting drums and seething guitars, perhaps most notably in that same song “Nibirum Solstitium”. But as they prove in “A Clarity of Indignation” and elsewhere, they are just as adept at composing dark rockers and interweaving serpentine, hallucinatory melodies. The title track is often slow, heavy, and doom-soaked. And the final track “Aeonian Putrification” is sweeping, solemn, and dirge-like, with repeating musical motifs that become mesmerizing; it’s like a chilling apocalyptic hymn that, before you know it, you can’t get out of your head.

From Sacred To Profane derives from its creator’s devotion to the ancient, occult spiritual traditions and demonology of their home country. For him and his allied collaborators, it appears to be a musical ritual and a form of transcendence. But one need not comprehend its sources of inspiration to be carried away by the music. It’s unusual, and ultimately quite captivating.