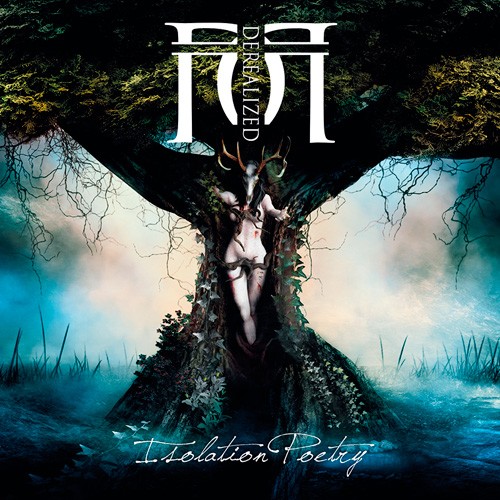 In music, as in other art forms, complexity is the proverbial double-edged sword. Depending on how it is wielded, it can heighten intrigue and interest, transfixing the listener in following its labyrinthine pathways, or it can result in a jumbled mess that perversely becomes monotonous. In our humble opinion, the band whose new song you’re about to hear succeeds in making the intricacy of their composition seductive, while at the same time creating a dark and disturbing aura and ultimately branding the song in your head.

The band in question is the French group Derealized — one woman (vocalist Myriam Fischer) and three men (guitarist Man Fischer, drummer Victorien Delacroix (ex-Diluvian), and bassist Mat Roger) who meld technical skill and inventive songwriting techniques in ways that are impressive, but without losing their grip on the qualities that make a song a song, and a memorable one at that. The song is “Isolation Poetry” and it’s the title track to their new album, which will be released on October 21 by Finisterian Dead End. 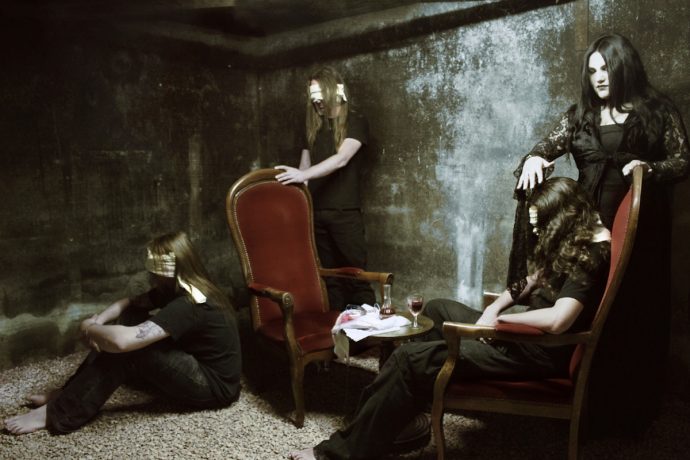 “Isolation Poetry” is nearly 9 minutes long, and a lot happens along its twisted course. A writhing bass and long, abrasive chords get it started, and then it takes off in a flurry of double-bass bursts and flickering arpeggios that become increasingly unhinged, augmented by raw, throat-scraping howls. The music is immediately dissonant and uncomfortable, and it grows increasingly dark and unsettling as the band ratchet the tension. But Derealized eventually hit a jolting groove paired with a slow wave of ambient melody that becomes a way of pulling the listener back into place.

Blasting percussion and darting, maddened lead-guitar swarming alternate with more appearances of that soaring ambient melody and big, hammering grooves. But as interesting and riveting as this progression becomes, the band have still saved something at the end which brands the song in the listener’s head. With a tumble of booming drums and blaring chords acting as a bridge, they lock into a very memorable repeating riff and swirling melody, ending with clean, wordless voices and keyboards that arc skyward.

Below you’ll find the track list to Isolation Poetry, as well as links for more info about the release — and of course the premiere stream of this engrossing new song