Andy Synn wrote a special three-part review (collected here) for Triangle, the new album by Schammasch, calling it “a true triumph of ambition and creativity”: “[A]ny listener who embraces the experience of Triangle on its own terms, with their eyes, their ears, and their mind open to the spiritual signals it transmits, will find their decision rewarded ten-fold.” 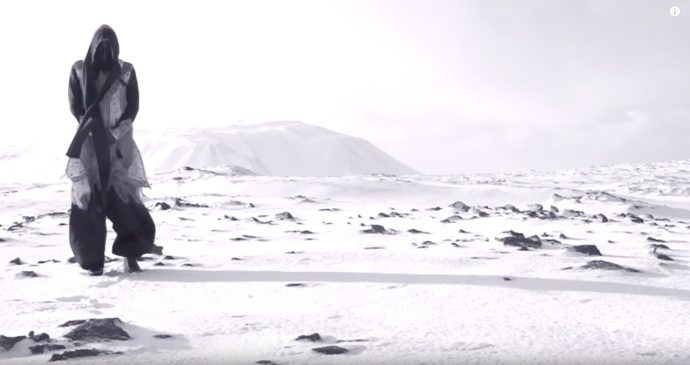 Last week Schammasch released a new video for the song “Metanoia”, which appears on Part II of Triangle, Metaflesh. Of that song, Andy wrote:

“The desolate clean vocals and eerie melodies of ‘Metanoia’ are carried along by a seething stream of blasting drums, juxtaposing meditative solemnity with pulsating power in a seamless synthesis of what should be totally opposing forces. And it’s this ability to balance and reconcile such potentially antithetical approaches which gives Part II of Triangle its true magic, with “Metanoia” finally culminating in one of the most captivating and atmospheric sections the band have ever captured on tape.”

The video was filmed in Iceland and was produced by Patrick Häberli. The striking natural settings in the video make a fitting match for the music.

Nordjevel’s self-titled debut album, which was released near the beginning of the year, is very, very good — which shouldn’t come as a surprise since the line-up includes vocalist Doedsadmiral from Svartelder and drummer extraordinaire Fredrik Widigs from Marduk, as well as guitarist/bassist Nord (the band have now been joined by Ragnarok’s bassist DzeptiCunt). Yesterday the band released a video for a track I featured in an a previous edition of Shades of Black, “Djevelen i Nord”.

The song includes guest vocals by Nagash of Troll, and it’s absolutely explosive — scorching, thundering, and completely riveting. The video was directed by Marcin Halerz of Red Pig Productions, and it’s just as tremendous as the song. 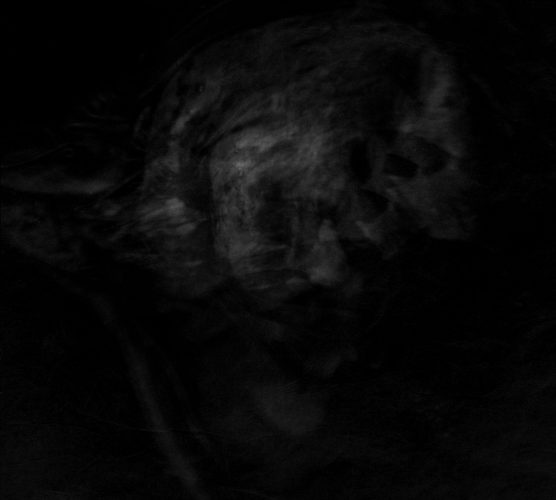 Adaestuo is a trio consisting of musicians VJS and P.E. Packain and vocalist Hekte Zaren. Their new EP Tacent Semitae includes four songs and is set for release on November 11 by the World Terror Committee. Earlier this month DECIBEL premiered a track that I’ve been meaning to write about, and now finally have. 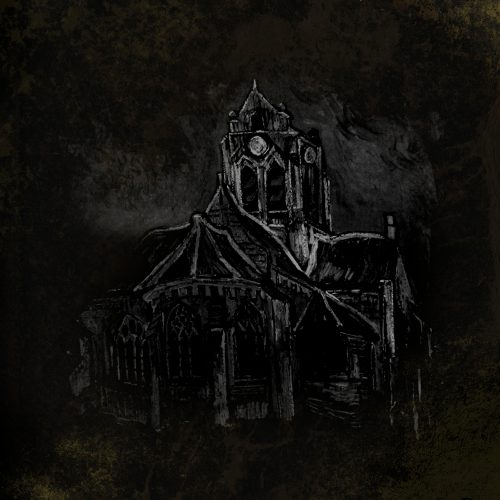 The next track in this collection is “Naphtalia”, which will appear on the debut album of the French band Abduction. Entitled Une Ombre Régit Les Ombres, the album will be released on  October 28, 2016, by Finisterian Dead End. Abduction claims inspiration from such bands as Dissection and Primordial, with a goal of paying “tribute to the history and the majestic landscapes of their country through an intense and melancholic black-metal sound”.

“Naphtalia” is a long, multifaceted song that’s warlike, beautiful, agonized, and possessed of a bleak and sweeping grandeur. It includes aching, impassioned clean vocals in addition to furious goblin snarls, and somber but entrancing instrumental interludes in addition to explosions of barbarous fury. Moving through this gripping song gives you the sense of observing a mythic saga as it unfolds. A very impressive enticement for the new album. 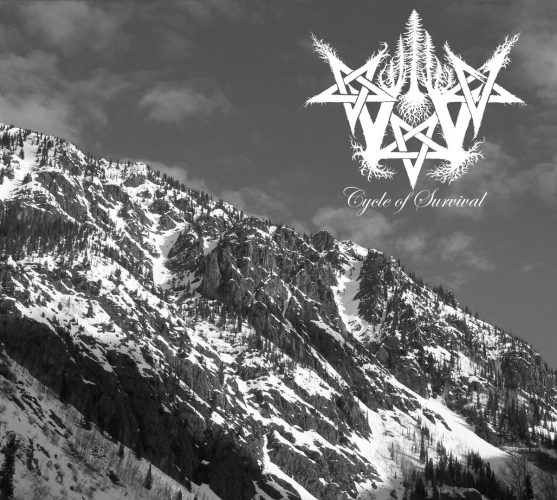 Ovnev is the solo project of a musician based in Spring, Texas, known as West. Ovnev released a demo in 2015, and now Naturmacht Productions will release Ovnev’s debut album Cycle of Survival on November 26. In creating the music, West has been inspired by the scenery of rural America, and in particular its mountainous regions.

The first advance track is called “The Observatory”. Launched by acoustic strumming and a wistful, introspective melody that’s given even more emotional depth when the electric guitar comes in, the song builds in intensity as the searing vocals come in. The track’s core melody, often performed in layered guitar harmonies, is both desolate and beautiful; it manages to capture both a sense of sorrowing isolation and panoramic grandeur. The concluding guitar solo set to the accompanment of more acoustic picking and strumming also works very well. I found myself spellbound by the song. 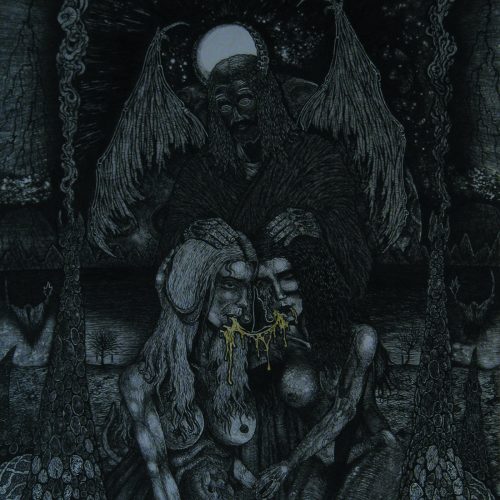 As forecast at the outset of this post, I’m now turning to three releases that aren’t brand new, but that I discovered recently. The first of these is the 2014 debut album Thy Saviour’s Halo, Held by Horns, by the Finnish band Sadokist. I learned of it because Blood Harvest Records will be releasing a vinyl edition of the album (which was previously released in a very limited tape edition) on December 22nd.

I still haven’t heard the entire album, only the song “Damnatio ad Bestias” which Blood Harvest put up on Bandcamp. The pacing and rhythm of the song change constantly — it rocks, storms, stalks, and rampages — and it includes some very catchy riffs, in addition to high, blood-curdling shrieks on the vocal front and a couple of flame-throwing, head-spinning guitar solos. In two words, hot shit. 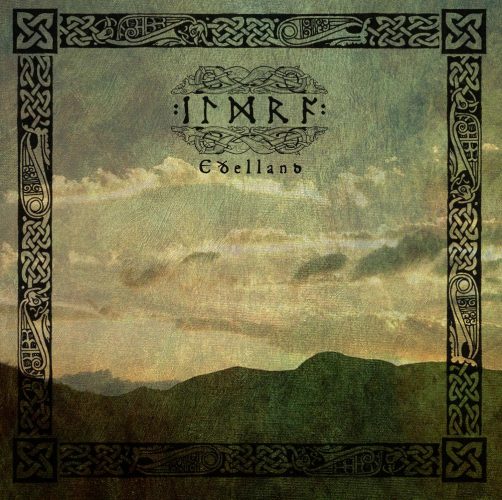 Like the last item in this collection, the following songs come from a debut album that isn’t brand new. The name of this particular debut is Eðelland and it’s by the British band Ildra. It was released on CD back in 2011, but Heidens Hart gave it a vinyl and tape release on the last day 2015.

I’ve already forgotten how I came across the three songs that are available for streaming on Bandcamp (out of the 9 total songs on the album), but I’ve found myself going back to them repeatedly. The album alternates between black metal songs and short instrumental folk pieces performed on traditional instruments, and the lyrics are in ancient Anglo-Saxon language. The album is recommended for fans of Bathory, Forefather, Primordial, Graveland, and Gontyna Kry!.

The first track in the trio below is one of the alluring archaic instrumental folk pieces, and as wonderful as it is, it’s followed by a song that’s even more wonderful. “Rice Æfter Oðrum” is a bounding, bouncing, highly infectious song but one that still manages to retain a grim and gray cast as well as a sense of mythic drama and heroism. The vocals, which are red in tooth and claw, amplify the music’s warlike aspects, and the closing solo provides a heart-swelling climax. The final song has an even more pronounced pagan/folk air and further proves that Ildra are highly accomplished songwriters; you listen and you feel transported to another age in which giants strode the earth. 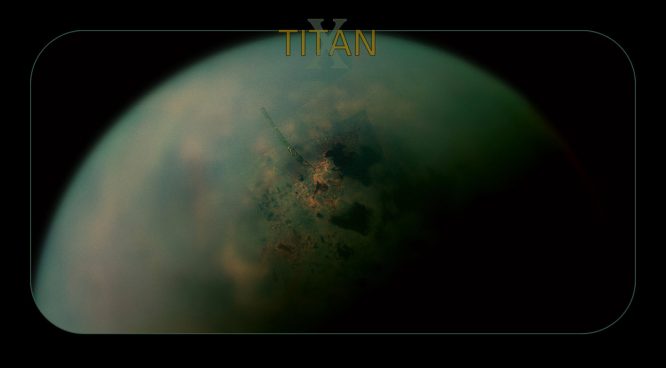 To conclude this big Shades of Black collection I have the debut, self-titled EP of the Greek band Titan X, which was released in January 2016. I discovered it thanks to a recent e-mail from the band and decided to listen because I was so taken by the cover art.

The songs integrate shimmering, sweeping, rippling ambient melody that match the off-planet references in the artwork and the band with head-hammering riffs, booming drumwork, orchestral strings, pulsing choral voices, and bestial growls. It’s bombastic, almost operatic music — thunderingly powerful and bursting with over-the-top energy — yet it is also spectral and entrancing, and the sweeping melodies get their hooks in you, too.

I’ve found no information about who is in this band, but they don’t sound like brash newcomers. I hope we’ll hear more from Titan X in the future.

Titan X is available as a name-your-price download at Bandcamp: