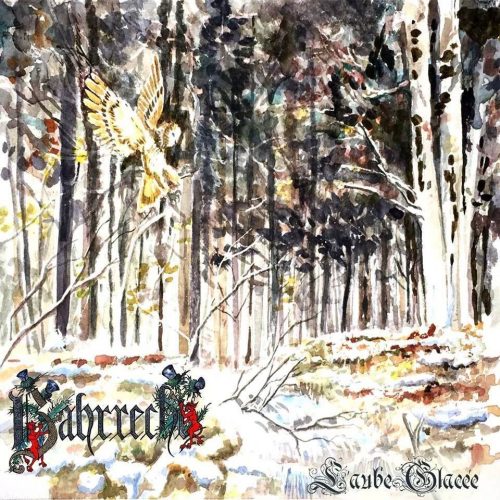 Bahrrecht are a black metal band from northeastern France. Their debut album Nuit de neige was released by the German label Ketzer Records in 2011, and one week from today Ketzer will also release the band’s second album, L’Aube Glacée (“frozen dawn”). Today we’re giving you the chance to hear this distinctive and compelling album in its entirety, in advance of its October 31 street date.

Bahrrecht made the album in part as an homage to the European black metal of the ’90s, and in particular as a sign of respect to bands such as Windir, Dissection, Taake, and Ragnarok. But it won’t take you long to realize that the album has a character, complexity, and atmosphere all its own.

The first sign comes with the very first track, “Hommage à une foi perdue”. It’s not unusual to find an album that begins with an instrumental overture, but this one is an attention-grabber. A cold, howling wind blows through it, and a combination of acoustic and electric guitar trace a haunting, folkish melody that’s both beguiling and strangely intense.

What follows is a sequence of songs with a mythic and often medieval air, married to the kind of exuberant instrumental intricacy and compositional complexity that’s more modern (and with a clarity of production that permits appreciation for the performer’s impressive instrumental skills). In both respects, the music is thoroughly engrossing. The songs are richly textured, dynamically paced, and feature emotionally moving melodies, voiced through ringing and rippling guitars with a clean, almost crystalline tone.

Surging riffs, rapidly pulsing bass notes, and hammering drums drive the faster-paced segments of the music into warlike gallops and charges, and there’s a heart-swelling, heroic quality in those passages (the first song right after the intro track, “Un orage éternel”, is a prime example). There’s a lot of ferocity and fire in this album, amplified by abrasive, barbaric vocals that sound only barely human. Yet the songs have their somber, melancholy moments as well — there is beauty in the music as well as heart-pounding vigor. 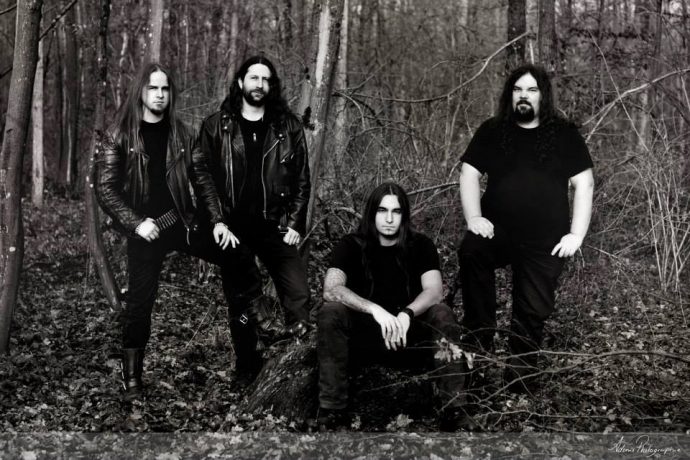 And so, while Bahrrecht set out to express how much the influences of ’90s European black metal mean to them, these songs have the atmosphere of anthems to a much more ancient age, one that has passed into myth and legend.

In short, L’Aube Glacée is an emotionally powerful and moving experience, delivering music with such depth and care that it will have lasting value in your collection. The songs stay with you, and draw you back to them.

One Response to “AN NCS ALBUM PREMIERE (AND A REVIEW): BAHRRECHT — “L’AUBE GLACÉE””